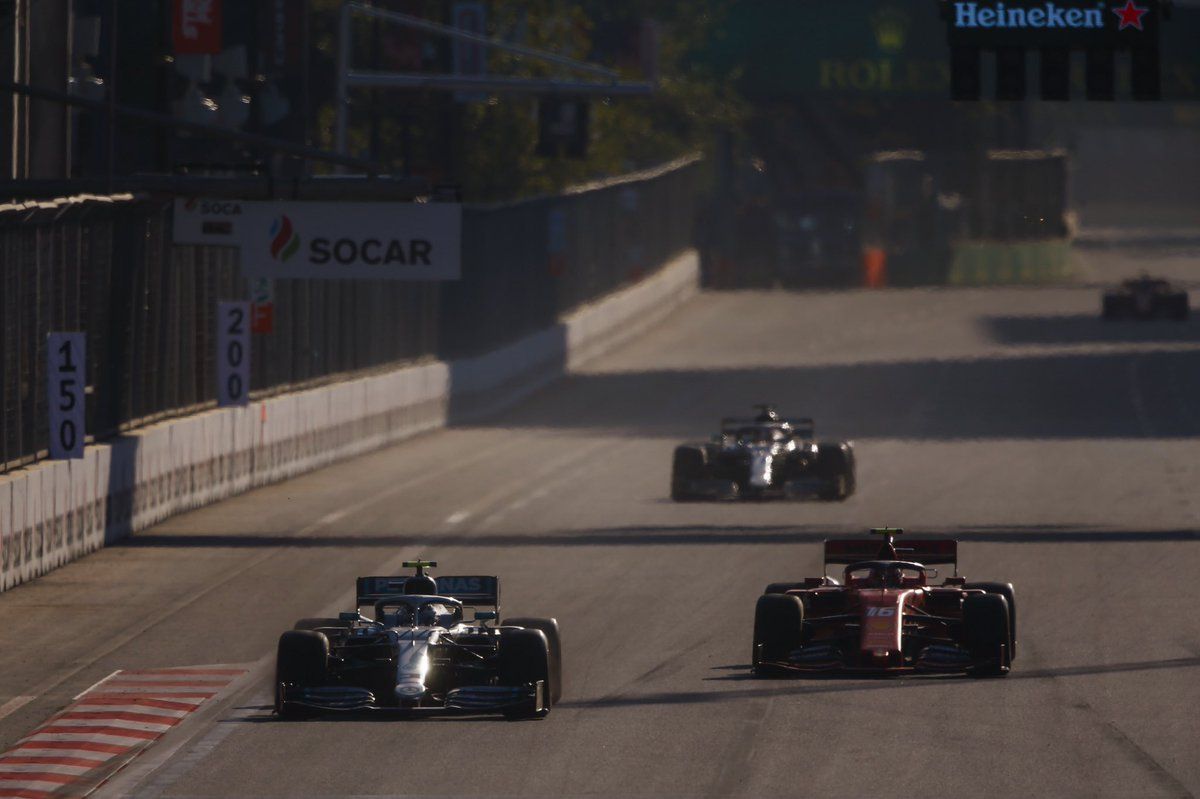 Two-time F1 champion Mika Hakkinen feels Mercedes strength at this juncture is their teamwork while he also has praise for Red Bull Racing’s Max Verstappen.

Mercedes once again out-smarted Ferrari in F1 Azerbaijan, be it with the dummy call in Q3 or assessing the conditions in a better way, it eventually has four 1-2 finishes and is probably running away with the 2019 F1 title as things stand.

The first goal is to secure the constructors’ championship and then look out for the drivers’ title, whether to support Lewis Hamilton or Valtteri Bottas. If it continues the way it is, with Bottas’ improved run, Mercedes will be hoping that harmony remains until the end.

After what happened between Hamilton and Nico Rosberg, the German team wouldn’t want to run into trouble of that sort, although it could end up like that as it is normal when two teammates go toe-to-toe which other in the title fight.

Hakkinen, meanwhile, had full praise for his countryman Bottas but he is in awe of Mercedes teamwork in display as they slowly master each facet of F1 racing. “In practice, it looked like Charles Leclerc might dominate the weekend,” he wrote in his column.

“I always say that to be successful in F1 you have to focus on attention to detail. In Baku, this included watching the temperature of the track at the time qualifying took place, and also being on the best tyres for those conditions.

“An accident involving Robert Kubica’s Williams in Q1 delayed the rest of the session. This meant that track temperatures dropped and then Leclerc, using the medium compound tyre while the other teams were using softs, locked a wheel and crashed his Ferrari at Turn 8 – the narrowest corner in F1.

“It was a small mistake with big consequences both for Charles and Ferrari. I have said before that one of the strengths enjoyed by Valtteri and Lewis Hamilton is their teamwork.  In qualifying in Baku it is important to try and benefit from a tow from another car on the long straight at the end of the lap.

“You do this by using the slipstream of the car in front – the hole it makes in the air – to give you better top speed. Valtteri timed his qualifying run perfectly to get a tow from the McLaren of Lando Norris, while Lewis got a tow from Valtteri.

“Valtteri had managed his tyre temperates better and was much quicker over the first part of the lap, so this secured his 8th F1 pole position. This teamwork continued into the race because, although the two Mercedes cars were side-by-side through the first two corners, they gave each other plenty of room and did not touch.

“Valtteri was then able to drive a fantastic first lap; he was two seconds ahead of Lewis by the end of it. This performance from Valtteri was one of the very best we have seen, and from Lap 1 onwards he completely controlled the race.

“A few laps before the end Lewis was told by his race engineer that he could go flat out, but although he closed to the gap, Valtteri responded. This was his race, and no one was going to steal it from him.

“He now leads the World Championship by one point [and] he knows that in order to beat Hamilton every single point is going to matter, and that’s how he is playing it;  winning when the opportunity arises, getting the maximum points finishes at other times.

“At the moment the championship battle is between the two Mercedes drivers. Ferrari has a very quick car, but at the weekend we saw that you cannot afford to have accidents, tyre temperature problems and only one car to race against two very competitive Mercedes drivers.

“I am certain Ferrari will come back and attack Mercedes. Leclerc is learning all the time and showing how quick he is. Sebastian is reacting to that too, and if they can manage the tension between them they have the ability to challenge Mercedes for wins.”

Apart from discussing the fight in the top half, he had praise for Verstappen as well, who secured his third fourth place finish of 2019. In fact, the Dutchman hasn’t finished any lower than fifth since the 2018 Belgian GP, which is 13 races and counting.

“I expect Red Bull to be competitive in Barcelona, and it is interesting to see that Max Verstappen is only one point behind Vettel in the world championship.  The young Dutchman is maturing [as time goes].

“And [now] with Honda introducing an engine upgrade last week, both Verstappen and teammate Pierre Gasly should start to interfere with Mercedes and Ferrari more often. Behind them, I expect the battle to be very close between McLaren, Renault, Haas, Racing Point, Toro Rosso and Alfa Romeo.”

Ross Brawn on Ferrari fighting back