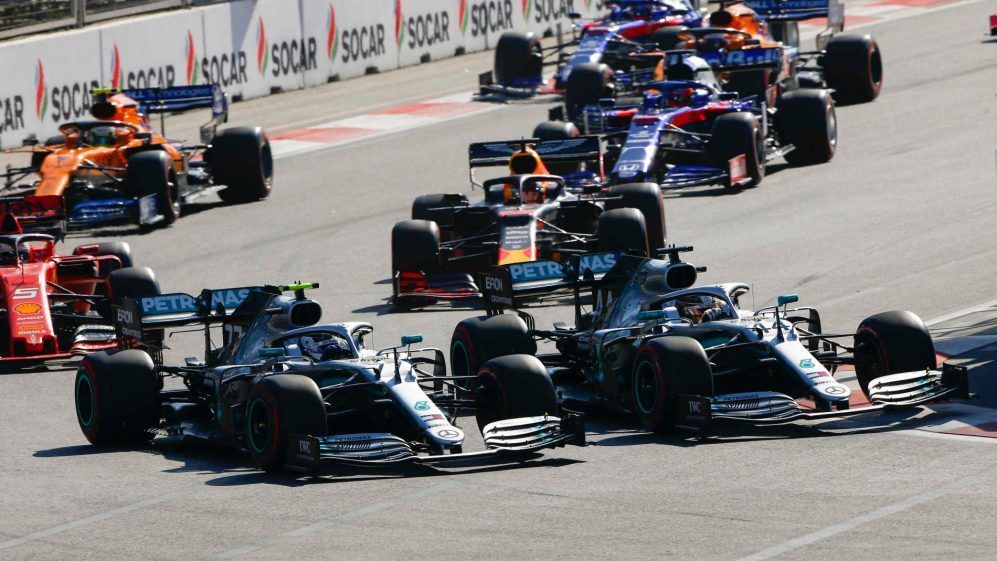 The F1 Azerbaijan GP did not end up being as chaotic as it has been in the past few seasons but there were plenty of records still set or broken.

It ended up being all-Mercedes show yet again with Valtteri Bottas not only claiming pole but also winning the F1 Azerbaijan GP at Baku City Ciricuit with Lewis Hamilton having to settle for second from Ferrari’s Sebastian Vettel.

Ferrari once again seemed to be robbed of what could have been their weekend but instead they had to settle for third and fifth with Charles Leclerc also getting an extra point for fastest lap. Red Bull Racing’s Max Verstappen did well to be fourth.

It looked like Pierre Gasly will be sixth but it eventually went to Racing Point’s Sergio Perez, who was the best of the rest leader from McLaren’s Carlos Sainz and Lando Norris with Lance Stroll and Alfa Romeo Racing’s Kimi Raikkonen completing the Top 10.

Here’s some key statistics and information from the Azerbaijan GP weekend:

Check out the stats from Chinese GP