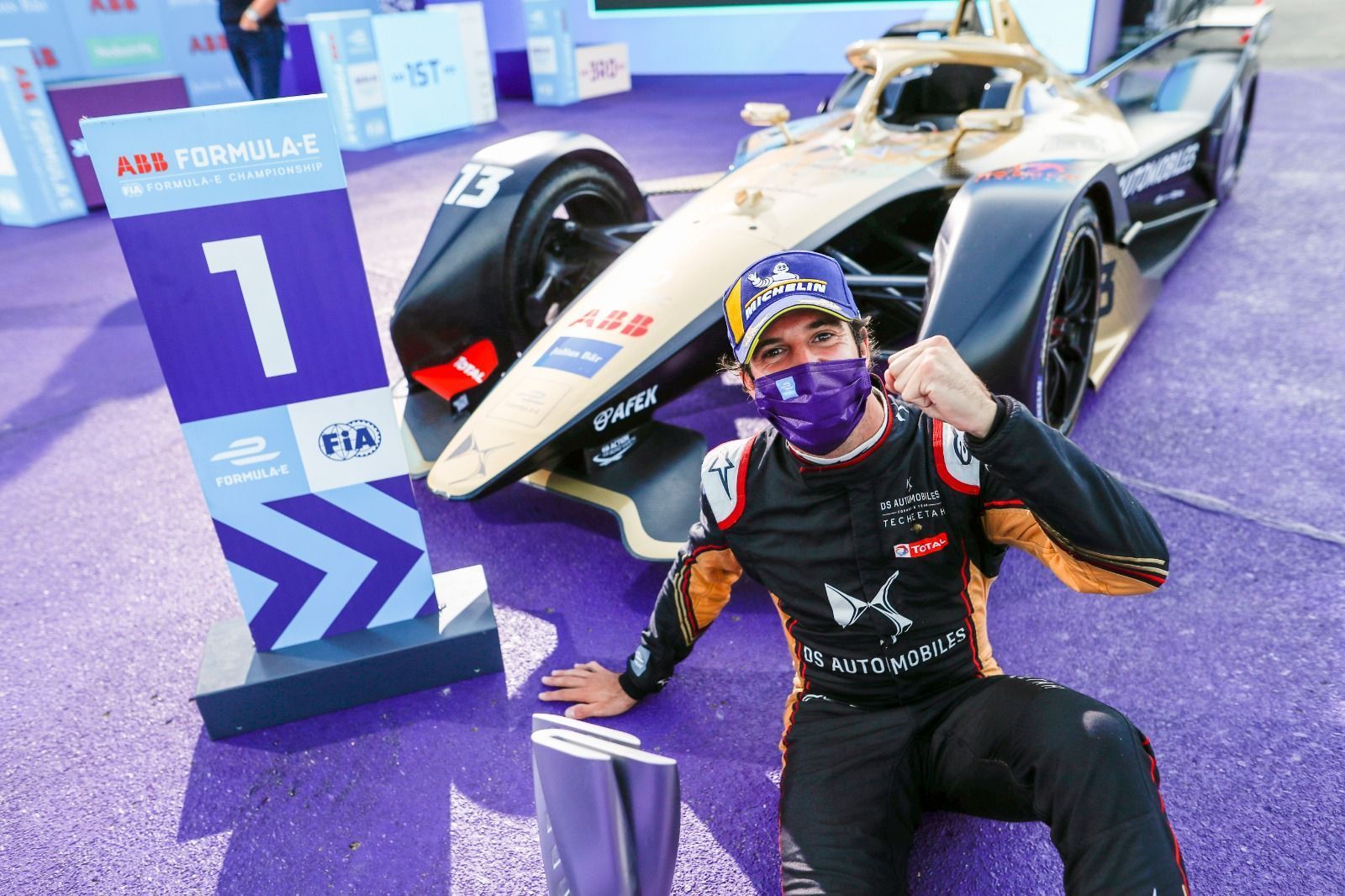 At the start of the second Formula E race of the weekend – fourth in Berlin – the Top 2 consisting of DS Techeetah’s Vergne and da Costa stormed into the lead, launching off the line exceptionally well given the low grip surface of the cement at the Tempelhof circuit.

The drama kicked off immediately as Saturday’s race winner – BMW Andretti’s Maximilian Gunther – was involved in a crash, and became stricken in the ‘line of fire’ of the track. This brought out the yellow flag initially, before it ultimately became cause for a safety car.

Amid the drama, Venturi Racing’s Felipe Massa lost a position, dropping from sixth to seventh as he was overtaken by Mahindra’s Alex Lynn, who was the biggest mover in the race’s early stages as he would also go on to overtake Mercedes’ Nyck de Vries.

As the mid-point of the Formula E race neared, rain began to fall, as up and down the field, a tightly-packed the field had numerous overtakes. Meanwhile, having had a battle with third-place starter Nissan’s Oliver Rowland early on in defense of his second place, da Costa caught up his teammate and overtook him in what was a pass for the lead.

Further behind, de Vries retook his position from Lynn, who was now back down into sixth. With the rain intensifying, the DS Techeetah drivers continued to lead the charge, but the running order of Top 6 changed, with the Dutch racer overtaking Nissan’s Sebastien Buemi.

It was a moot point, though, as he would later be overtaken by the Frenchman himself. The leaders swapped positions repeatedly, and with the clock ticking down to about five minutes, Vergne retook the lead as the fight between the Nissan’s saw Buemi overtake Rowland.

Heading into the final lap, Vergne was on the defensive, but all attention was on the pursuing da Costa as they crossed the line at the Formula E race’s end, as he was to be crowned the champion for the 2019/20 season after just nine rounds.

Da Costa took the mantle from Vergne with two Formula E rounds to spare as DS Techeetah also secured the teams’ championship for third year in a row. It was emotional scenes with the Portuguese finally getting his due, becoming the fifth different winner.

In the race, Buemi resisted de Vries for third, who fended off Rowland despite the Brit’s best  efforts. In sixth was Audi’s Lucas di Grassi, who beat out Jaguar’s Mitch Evans after coming through from fag end of the Top 10.

A similar scene was for Porsche’s Andre Lotterer, who was eighth ahead of Lynn. Venturi’s Massa would round out the Top 10. For Envision Virgin Racing’s Sam Bird, he crossed the line at the decommissioned airport in 11th, ahead of Mercedes’ Stoffel Vandoorne.

The sole wearer of a BMW Andretti suit to make it to the end – Alexander Sims – came 13th, ahead of 14th-place-finishing Venturi’s Edoardo Mortara. Having run in the points early on, Mahindra’s Jerome D’Ambrosio finished a lowly 15th.