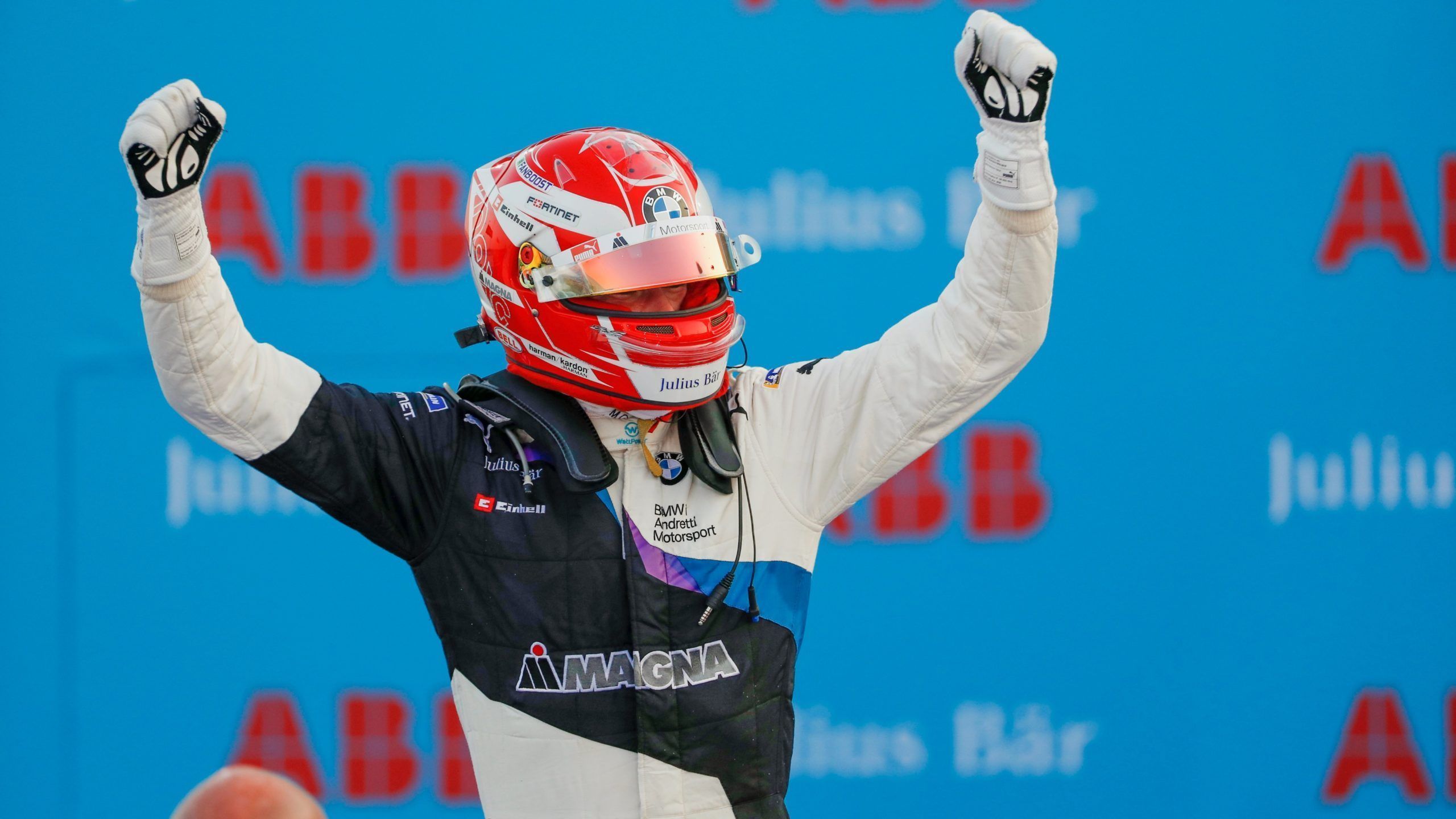 As commentator Jack Nicholls declared the commencement of the third Berlin Formula E race of the ‘sextuplet-header’, this one on the traditional Tempelhoff layout, pole-sitter DS Techeetah’s Vergne got away well to lead the ePrix.

Intense battles behind would ensure that Vergne would pull away from the field and quickly develop a large gap, doing well to save battery energy along the way. However, after a couple of laps had gone by in the Formula E race, BMW Andretti’s Gunther – who had previously dispatched a better-starting Mahindra Racing’s Jerome D’Ambrosio – began to close the gap to the new leader.

Appearing to be in conservation mode, Vergne’s lead quickly diminished, and soon Gunther was on his rear diffuser. All the while, Envision Virgin’s Robin Frijns gained positions, overtaking  the likes of Mercedes’ Stoffel Vandoorne and Mahindra’s Alex Lynn.

Other big movers included Venturi Racing’s Felipe Massa, who got past Audi’s Lucas di Grassi in dramatic fashion to get into the Top 10 as Formula E points leader DS Techeetah’s Antonio Felix da Costa held on to eighth.

With just under one quarter of the race in the rear-view mirror, the safety car was brought out when Jaguar’s James Calado was hit by GEOX Dragon’s Sergio Sette Camara, who would hit Calado’s teammate Mitch Evans while trying to stop his car.

Of the three, Calado managed to limp back to the garage but was forced to retire, while Camara was stricken on the track. Unusually, the Brazilian’s would be dropped from the crane in a bizarre incident. The clash was also a race-ending one for Porsche’s Neel Jani, who bumped into the back of the Dragon car.

Upon the re-start, Gunther attacked Vergne and went for the Attack Mode, which saw him drop down the order to fifth in the tightly-packed field. He would get past Mercedes’ Vandoorne, who would later suffer a puncture in a lively fight.

Massa would continue his charge through the field, moving to fifth as he overtook several drivers including Porsche’s Andre Lotterer, who da Costa would also dispatch with an exciting move. At this point, the battle between a resurgent Gunther and Vergne, the former having overtaken all the traffic.

Meanwhile, Venturi’s Massa – who had made forced di Grassi into a spin earlier on – was given a penalty. It was only a matter of time before Gunther pass the raceleader, and that he did with just under four minutes remaining. Vergne was then put under pressure from behind, where Frijns had more battery power.

Back in the battle for fifth, Lotterer made his way past Nissan’s Oliver Rowland, just before the commencement of the penultimate lap. Frijns would go on to get past Vergne, who looked at risk of falling back into the clutches of his teammate da Costa.

Frijns then caught up to Gunther on the final lap, and a last-lap battle for the ages ensued – one which saw German come out on top by the narrowest of margins to win Race 3 of the Berlin Formula E finale. The Dutchman retained second, as Vergne did third.

Da Costa finished fourth to extend his lead as Lotterer came fifth. Rowland crossed the line in sixth, as D’Ambrosio was seventh ahead of di Grassi, Evans and BMW Andretti’s Alexander Sims, with the Brit making the most of late troubles.

Occupying 11th was Nissan’s Sebastien Buemi who led GEOX Dragon’s Nico Mueller, with Envision Virgin Racing’s Sam Bird was only 13th, edging out Venturi’s Edorato Mortara and NIO’s Daniel Abt, where Lynn dropped from fifth to 18th in the ePrix.