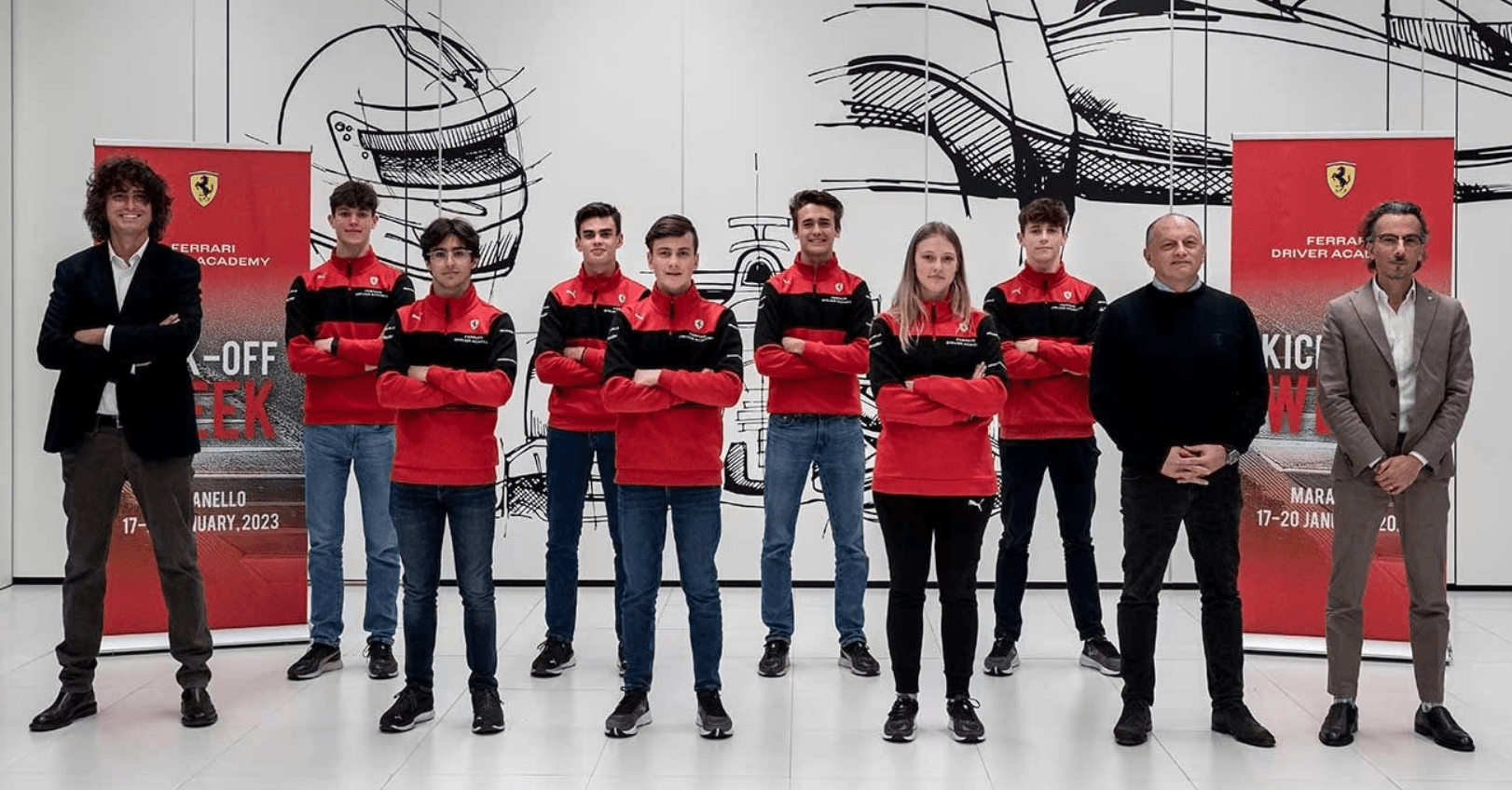 Ferrari has firmed up its 2023 F1 academy drivers as they start their week-long training programme at Maranello.

Having already started out as the team principal more than a week ago, Frederic Vasseur was also at hand to kick-off a week-long training programme for the 2023 Ferrari F1 academy drivers at Maranello alongside Laurent Mekies and Marco Matassa.

Seven of the eight drivers were present for the first day with Weug missing as she is taking part in the The Female Quotient’s Equality Lounge where she is discussing the topic of “Driving Equality Forward with the Women Leading in Motorsport”.

The drivers who are not carrying on this year are Mick Schumacher, Robert Shwartzman and Laura Camps Torras. The German has moved on to Mercedes for 2023, while the Russian has been promoted to reserve capacity and is no longer part of the academy.

The week-long programme will see them undergo various tests on the psychological and physical front, with a karting session too where Tony Kart will help them when they hit the Franciacorta track. The programme will be curated according to their 2023 experience.

“The start of a new academic year is always a very special moment,” said Matassa. “It’s good to meet up again with our existing students and even more special to open the doors to our new ones. It’s going to be a particularly demanding season because seven of the eight of them will be rookies in their category and so they face an even tougher challenge.

“In 2022, we were back winning titles again and, for our part, we are ready to do our utmost, investing even more in terms of the facilities and personnel that we will put at the disposal of our youngsters, to help and support them in obtaining the results of which we know they are capable. A special welcome goes to our newcomers, Aurelia Nobels and Tuukka Taponen, the latest graduates of our scouting programme.

“Aurelia joins the FDA from the programme we run with the FIA, which has already proved successful with Maya Weug, while Tuukka was the most outstanding of the youngsters who came to Maranello for the third edition of the FDA Scouting World Finals, where all those taking part were of a very high standard. We are looking forward to starting work with them and the other students in the hope that we have a successful year together.”