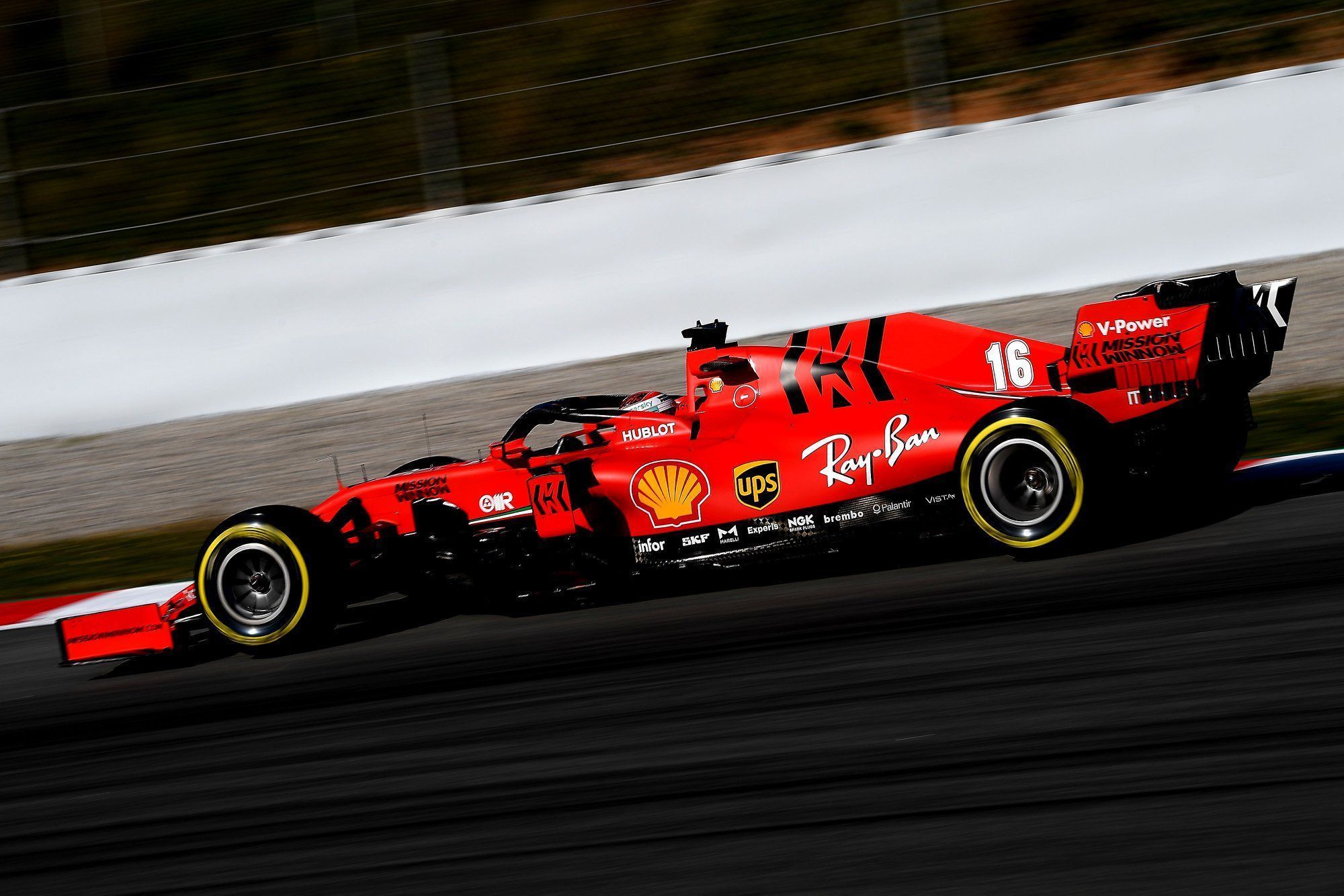 Scuderia Ferrari will have its Barcelona-spec car for the opening two rounds of the 2020 F1 season where they will also add #ForzaAlex sticker, as the upgrade has been pushed until Hungary.

Already during the 2020 F1 pre-season test, it looked like Ferrari were on a backfoot. While the timings couldn’t be made certain with the results but they were behind Mercedes and Red Bull Racing, while even Racing Point looked to be troubling them.

We will only know how far behind Ferrari actually is when the 2020 F1 season kicks-off in Austria. To rectify their shortcomings, they are banking on an upgrade which team principal Mattia Binotto says will not be ready for the opening two rounds.

Ferrari will run the Barcelona-spec car at Red Bull Ring, with the aim to deploy the upgrade from Hungarian GP onward. Binotto states that the team had to rethink and deploy new bits on the whole car after it did not match the predicted numbers on track.

Like they said before Australia as well, the admission continues that Ferrari don’t have the quickest package at the moment. In layman terms, the team is trying to get better in the cornering speed which was lacking in 2019 but it is becoming harder than expected.

“This weekend the car will run in the same configuration used towards the end of the Barcelona tests,” said Binotto. “This doesn’t mean we have been twiddling our thumbs in the very limited time of just five and a half weeks in which we were able to work on the cars, because of the stringent procedures involved in working around the pandemic as well as the total shutdown of activities required by the FIA in agreement with the teams.

“The truth is that the outcome of the tests led us to take a significant change of direction in terms of development, especially on the aerodynamic front. First, we had to understand why we did not see the results we had expected on track and how much to recalibrate the whole programme as a result.

“It would have been counterproductive to continue in the direction we had planned, knowing that we would not have reached our goals. Therefore we decided to come up with a new programme that looked at the whole Ferrari car, knowing that not all of it would be ready for the first race. Our aim is to introduce the updates at the third race on 19 July at the Hungaroring.

“Apart from that, over and above the actual development of the car itself, these past few weeks we have worked a lot on analysing its behaviour, with simulation work and with the help of our drivers and I think that will prove its worth in Austria. We know that, at the moment, we don’t have the fastest package. We knew it before heading for Melbourne and that hasn’t changed.

“Having said that, the Spielberg circuit has different characteristics to Montmelo and the temperatures will be well above those of February. In Austria, we must try and make the most of every opportunity and then in Hungary, with the new development step we are working on, we will be able to see where we are really compared to the others, while having to take into account the developments our competitors themselves will have brought along.

“The truth is that trying to make predictions at the start of such an unusual season is even more pointless than usual. There will be a few pointers come the end of the three hours of Friday practice, but a more accurate idea will be available after Saturday’s qualifying.

“Only then will we start to have a clearer picture of the hierarchy among the teams, but then there is always the uncertainty that comes with the opening round, in terms of reliability and tyre performance over a race distance. We must try and be perfect in everything we do, in preparing for every session and in how we carry out our tasks. The aim? To bring home as many points as possible, as is always the case in fact.”

Both the drivers Sebastian Vettel and Charles Leclerc are raring to go as well as Ferrari noted that they will run #ForzaAlex on their car along with the ‘We Race As One’ sticker, to show support for Alex Zanardi, who is currently in the hospital.

The statement from the team stated: “Scuderia Ferrari will take to the track in Austria with a message of support for Alex Zanardi, following the racing driver and Paralympic champion’s terrible accident on 19 June while taking part in a handbike event to promote sport for those with disabilities. He is currently fighting for his life in a Siena hospital. The two cars will carry the #ForzaAlex message on either side of the roll hoop, just under the camera on the engine air intake.”

Here’s how Ferrari ran at Mugello