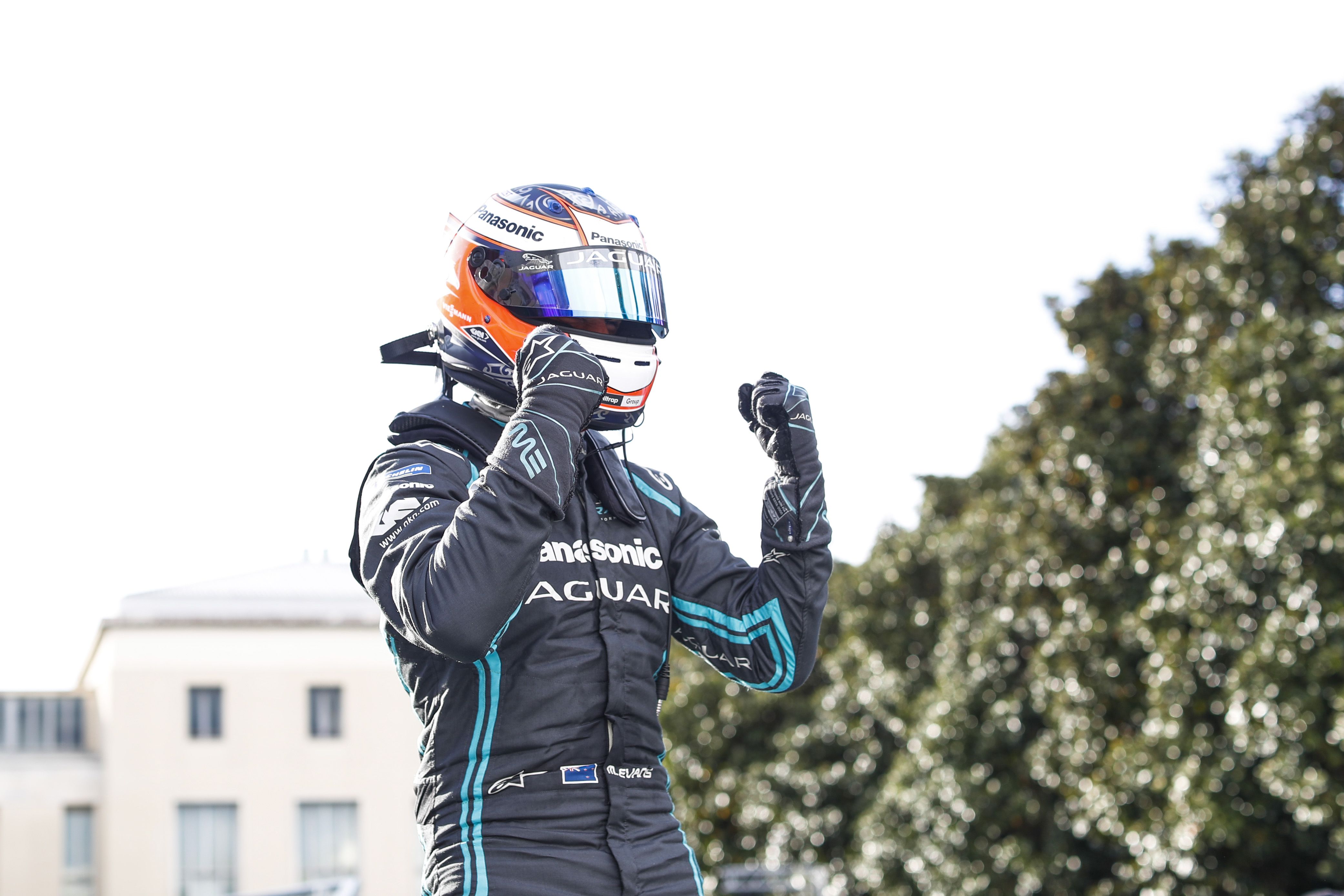 Jaguar Racing’s Mitch Evans said he waited for the perfect opportunity to use Attack Mode in order to secure his first FIA Formula E Championship win in Rome EPrix.

Evans nearly had his first Formula E pole in tricky conditions in Rome but for DS Tecteetah’s Andre Lotterer, who managed to steal it to take his first one as the German set out to pick up his first win in the all-electric series.

It wasn’t easy as Lotterer always had Evans on his tail with the Kiwi looking solid in his chase. Lotterer survived the re-start after the red flag stoppage but Evans pounced on him after a smart use of Attack Mode which eventually sealed the fate of the ePrix.

The Jaguar driver planned the move well and used the mode to his advantage. “I just had to be smart with the Attack Mode and I wanted to use it when he wasn’t and I got the power difference,” said Evans after the win.

“I got it [overtake] done and that was a really crucial part of the race. When I saw him in my mirrors, I thought we’d got this – I just needed to bring it home. The pace was really strong but I missed the second Attack Mode activation.

“I was kicking myself – it made my life a bit harder but I managed to bring it home. Sure, I may have had a shot on race power but Attack Mode helped a lot. The win couldn’t have come at a more important time.

“Everyone at Jaguar Racing and everyone at Jaguar Land Rover has been so supportive – the guys have been working so hard back at the factory. It’s been a tough couple of seasons since we joined the championship but we made it happen.

“It’s a little later than we’d have liked but we’ll take it and crack on with the championship and see what we’ve got. I had bad memories of last season but surprisingly, I wasn’t thinking about it.

“Naturally, I grew and matured a lot since that race last year and it was tough to swallow but you gain a lot of experience from something like that.” The win helped him to climb up to fourth with 61 points – only four away from Mahindra’s Jerome D’Ambrosio.

He also became the seventh winner of 2018/19. It came at a crucial time for Jaguar though, especially after the split with Nelson Piquet Jr with Alex Lynn coming in from Rome onward. The British racer finished 12th on his Formula E return.

While Evans had his first, Lotterer has to wait little more to get his maiden Formula E win. I knew we were going to get into difficulty when he put Attack Mode on behind me because he had a tiny bit more energy,” said Lotterer.

“I’ve got my first pole position in the bag and good points, but I really wanted to win and I think I had the car for it. So, we need to look at what happened as I started to struggle with the tyres a bit in the middle of the race so I couldn’t keep Mitch behind me.

“It was a clean fight in the end and it was good to see that we had an energy management race today. We’re in a good position so hopefully I can get my first win soon, I’m keener than ever for it now and I think it will be a good second part of the season.”