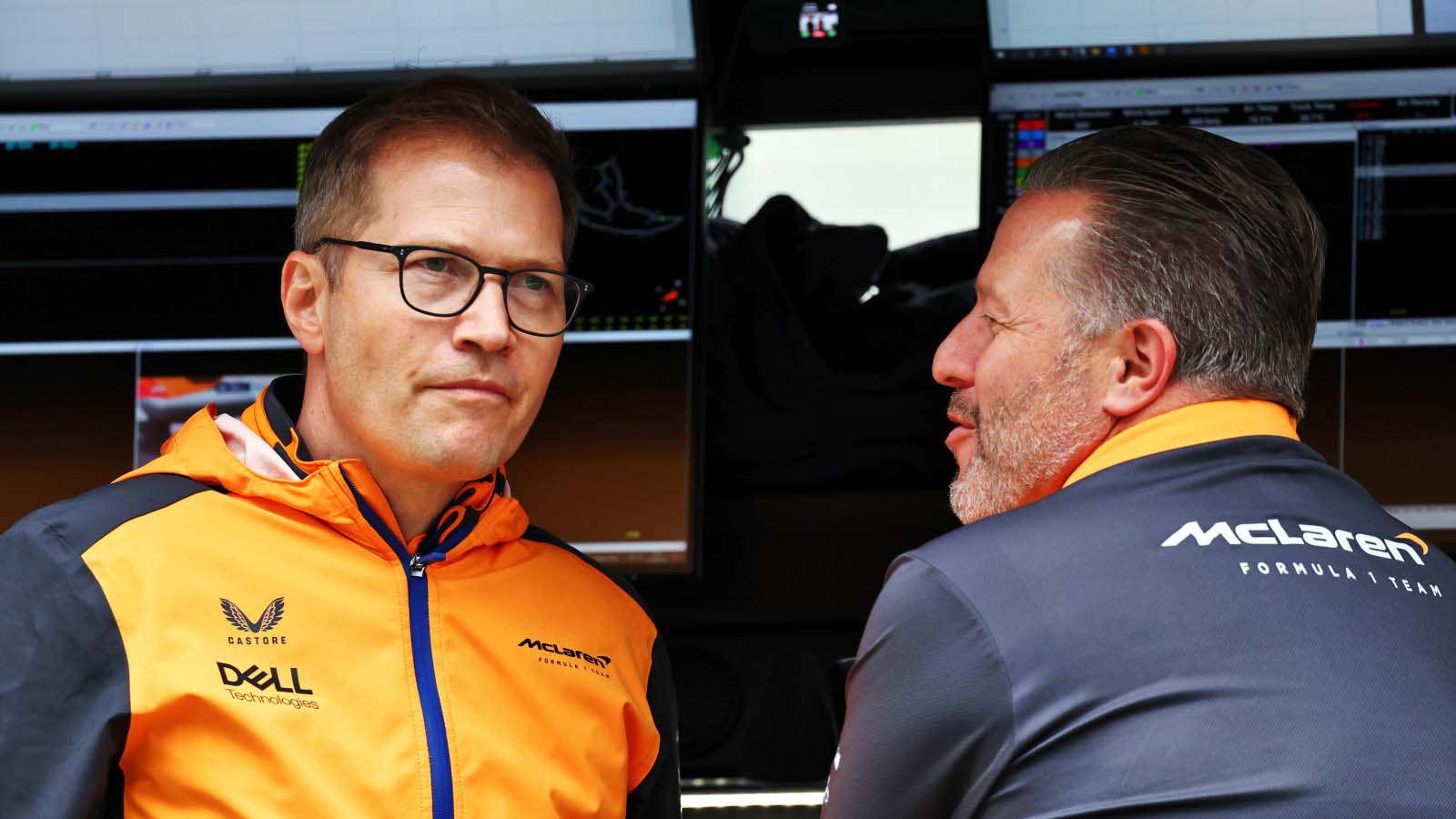 Zak Brown relays the decision of Andreas Seidl leaving McLaren after 2022 and why he didn’t choose for a gardening leave.

Amid the team boss shuffle, the move from Seidl to switch to Sauber surprised many considering there was no speculation about the German getting out of McLaren set-up in all of 2022 F1 season. The news only came through on the day of the announcement.

But the move was coming in most of 2022 as Brown revealed in a media session including FormulaRapida.net. The American didn’t specify when Seidl told him but he stated that there was ample time for McLaren to sort out his successor for 2023 and beyond.

In fact, Brown stated that Seidl had a deal in place until 2025 but requested an early release and a phone call from Sauber’s board more or less settled it. This also affirms that Ferrari were looking to replace Mattia Binotto already during 2022.

His ouster was being reported widely and there was an outside chance of him being replaced by Frederic Vasseur. Once it became apparent of happening, Seidl moving to Sauber too was internally sorted allowing Brown to promote Andrea Stella.

“Andreas who did an excellent job here at McLaren for the last tenfold seasons in a very transparent manner informed me during the season that he was going to go elsewhere when his contract was up at the end of 2025,” said Brown. “Probably pretty clear where that destination would be which is quite understandable, given his background so at that time we intended to continue for the foreseeable future.

“Our relationship is very, very healthy and his work discipline is very strong. What we were going to do at that point was at the end of the season was let the world know that that change would come at the end of the 2025 season and after we intended to go public, the first person I was going to call, to see if they would lead McLaren’s F1 team is Andrea, but not at that point would it be something he would consider.

“In the fast pace of the Formula One environment when it became clear that Fred was going to go to Ferrari and Finn Rausing is someone I have known for a decade and get along with very well, gave me a call to see if there was a discussion to be had to potentially release Andreas. My reaction was that if Andrea was happy to join us as Team Principal, then I would be very happy to make that change now which I think puts everyone in their permanent homes for the foreseeable future.

“So, I went about having a conversation with Andrea, pre him having any awareness that Andreas was going to move on for the 2023 season, after some good conversations, Andrea kindly accepted the role which put us in a very comfortable position to move forward because Andrea was always our number one choice to lead the team moving forward. So that all came together quite rapidly.

“Here we are now with Andrea as our team principal which myself, our drivers, our team are quite excited about it. Andrea has obviously a rich history of experience with McLaren, with Ferrari and is a very hands on person in the racing team, which is of interest to me and the shareholders to have someone leading the team that get their hands dirty so to speak even though he wont get his hands dirty and that is how we came about to where we are today,” summed up Brown.

The American was pressed further to reveal when Seidl revealed about his move but Brown was diplomatic about it. Also, he noted that he is not the one to play games and put someone on gardening leave and stall the process as they have done with everyone.

“He informed me after the first race of the year and before the last race,” said Brown. “I don’t want to get into specific timing windows but sufficient time and as I stated earlier the initial intent was to continue business as usual.  As far as gardening leave, we have a great relationship, I know a lot of teams play the gardening leave card but I think as we have demonstrated at McLaren there are ways to dissolve relationships with either racing drivers or employees where you can do things on terms that can work for all.”