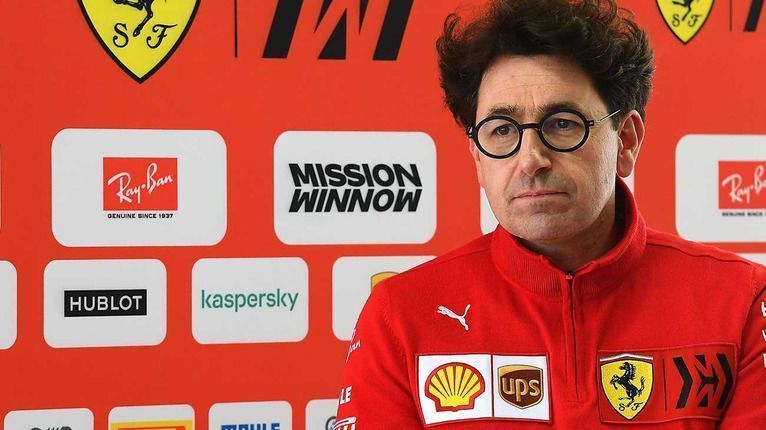 Mattia Binotto has distanced himself from the technical role as he moves into the proper team principal activity within Ferrari F1 team.

Prior to the 2019 F1 season, Ferrari appointed Binotto as its team principal to replace Maurizio Arrivabene. It was a transitional period for the Italian team, who had just begun phasing out the ‘old guard’ of high-level staffers that had under-performed in the eyes of the people in charge at Maranello.

But in this period of instability within the F1 team, his role took on new meaning, as Ferrari – with what was at this point a partially-dismantled technical department – needed him to oversee this division as its stand-in director.

Now, though, a completed restructuring can be seen with Enrico Cardile becoming the head of a new Performance Development, that will allow Binotto to distance himself from this role, as the technical sector of the team will be operating with increased autonomy.

“Only just more than a year ago I jumped into the role of team principal, while I was leading the technical department,” said Binotto to media including Racefans.net, Motorsport Network, BBC, Reuters and more. “It took some time organise ourselves, to make sure the technical department was re-organised and not something you do in one day.

“I am able now as we’ve got people in the right role, having responsibilities and able to do the right job. Today myself I’m not doing any more of the technical director job. There are other people doing it. They’ve got clear objectives.

“I think they are certainly as well enthusiastic and focusing on the objective they need to achieve on my side there are a lot of things I need to do. Certainly keeping an eye and keeping them in the right position to deliver,” Binotto explained.

With Binotto moving himself to a more single team principal role, the department headed by Cardile will have assistance from Rory Byrne and David Sanchez, as Enrico Gualtieri is in charge of the Power Unit, Laurent Mekies is the Sporting Director & in charge of trackside activities, while Simone Resta heads the Chassis Engineering.

It has been a tough start in 2020 which they are trying to better, not just for this year but also the following. Seeing the results, Binotto was unable to pinpoint where his F1 team might stand in the running order, though he freely admitted that they are behind Red Bull Racing and Mercedes.

“Certainly we are behind Mercedes and Red Bull,” said Binotto. “I think we are very close to the others. Eventually here we brought a low downforce package which was worth a couple of tenths optimising our package. But I think it’s pretty close, so there will be races where we are closer and others where we eventually stay ahead, so it is our task , our duty, to develop the car.”

Here’s Sebastian Vettel on his lifestyle