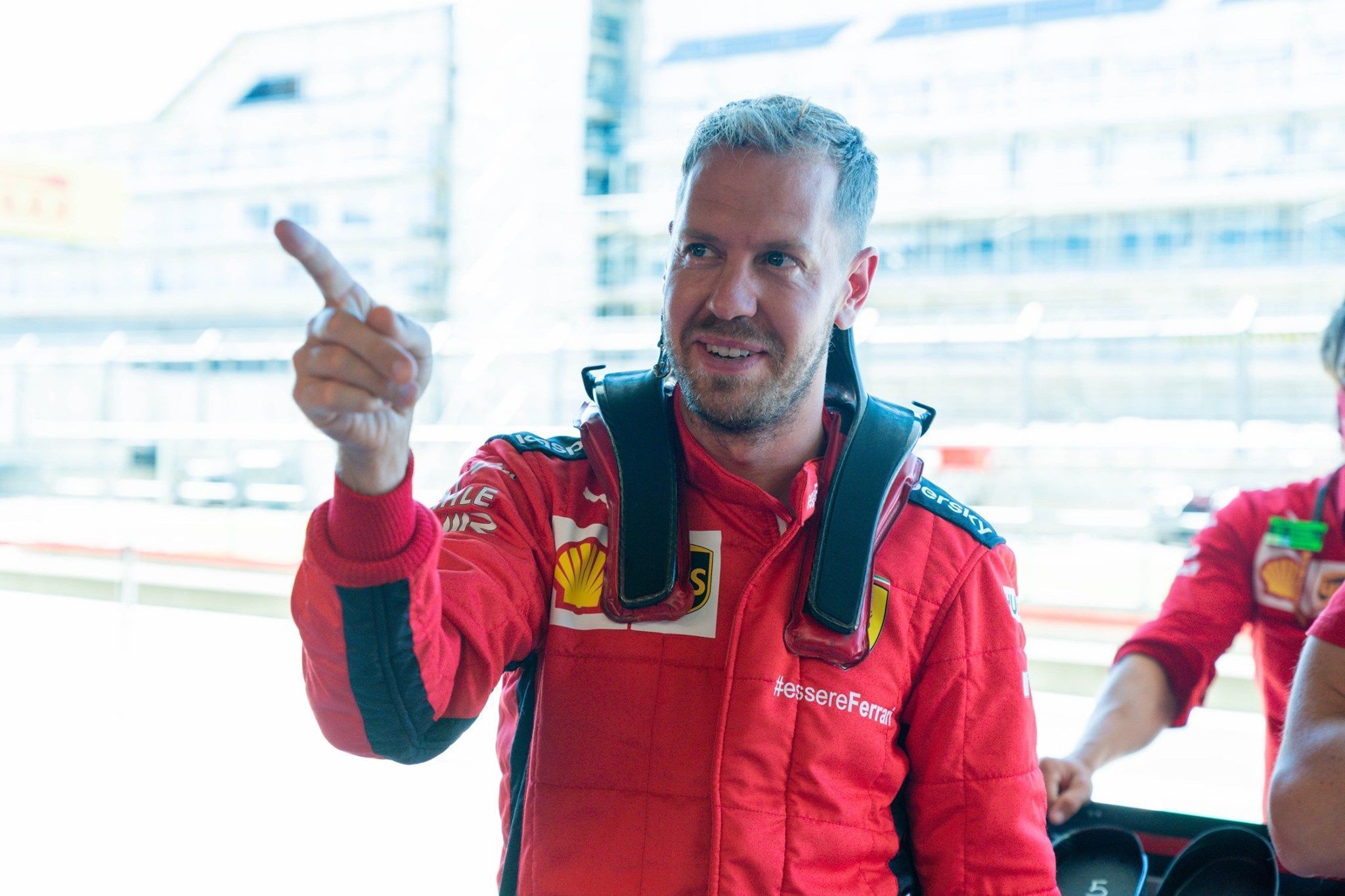 Scuderia Ferrari’s Sebastian Vettel opened up on some of the lighter topics in his daily life as he dwells on his life away from F1, not seen on social media.

Vettel is the only driver on the F1 grid to have no social media accounts, whether Twitter, Facebook and or Instagram, whereas everyone else have at least one against their name. This keeps him largely away from what he does in his daily life.

Not that it is important to anyone as to what he does in his away time but some updates like during the COVID-19 lockdown period, doesn’t harms much. In a different type of interview to F1 official website, Vettel opened up on lighter topics.

On making notes and reading:

Vettel: “In general I love to take notes. I take digital notes with an iPad a bit now, but I prefer just pen and paper. When you write with a pen, it’s like you write it into your head, you remember it. Also, these days, the hardware in the iPad or computer changes so often and while I’m very organised in life, with that stuff, I’m not so organised.

“So I don’t have folders to keep for the next generation of computer/platform, and so a lot of the stuff gets lost. But if I write it down, I’m not going to chuck the notebooks away, I still have notebooks from 2007 and so on. They are useless now, but they are still there. They are all stacked up in a bookshelf.

“I should write down a lot more. It is important to make the time. My idol is German racer and rally legend, Walter Rohrl. He said any lap you didn’t write down is a lost lap, a waste, so in his terms, I’m a bit wasteful, but it’s impossible to remember everything.

“I’m a big fan of Sunday newspapers. I don’t read news online, more newspaper. A lot of the news nowadays are just headlines, there’s actually no content. Nothing against the journalists behind it, but it’s mostly the headline, then it’s repeating the headline, but actually no new information in the article.

“That’s why Sunday newspapers or certain magazines are good – you know they have to do proper research. I read about all sorts, I don’t like one particular subject. It’s more about the people I find interesting. If this guy looks funny, I read the article. Of course the headline grabs you as well and then you read.

On no social media, technology/mobile:

Vettel: “I’m quite a fan of the written word. I get the whole point of emails but I think the actual letter is very nice, and very personal. A lot of the stuff is designed to actually steal your time to get you hooked. It annoys me, so I’m not a fan of that. Ultimately there is no solution, there is only yourself, and your behaviour with the tools you have and the funny thing is that a lot of the stuff is designed to make life simpler and give you more time, but it actually does the opposite, it makes it complicated.

“I use the stuff, and I think some of the stuff is great, but sometimes I wish it didn’t exist so there wouldn’t be the temptation. So I think it’s a fine line. It allows us to do a lot of stuff, so generally it’s progressive and happy to go forward – I don’t think we should go back to only pen and paper but I just think as a side effect, it speeds up life in areas where it shouldn’t and that’s not good for us, for the bigger picture, for our stress and our health.

“Regarding use of mobile phones, my phone rings for almost never in a day. And it’s supposed to be a phone and now it’s doing everything else. What I mean is, if it’s an emergency, you get hold of people, but nowadays we treat everything as if it is an emergency, but we actually don’t act the same way about it. People send an email and they want a reply straight away, but it’s not important. Not all the emails are important.

“I do have the latest iPhone. To be honest, the main motivator for that is for the camera. I tried to go back to digital camera because I hated the fact you could do everything with your phone. I would say the coolest thing about the phone is maps. I really love directions and stuff like this. And then the pictures, which allows you to capture a moment, especially with kids and so on. I think that’s great. It’s also very small. I went back to a digital camera, but it’s quite clumsy to have in your pocket.

“But I’m not big on apps, so I don’t have lots of apps on phone. I don’t do social media and also don’t do the social media apps, so I am not following other people. I never tried it and I think it’s a good thing because a lot of people tell me they can’t get away from it. I have never tried it so I’m not missing it. I’ve seen how it works with other people roughly and as far as I can tell, it’s done in a way that obviously you’re addicted. So yeah. Not for me.”

Vettel: “When I was young, I just accepted food as fuel. Being a sportsman, you get the fact it literally becomes fuel, you fuel your body to perform blah blah blah, so you try to get the best mix to enhance your performance and have a positive impact on your health.

“But going even further, I think there is more dynamics around this, as to where does the food come from? To become aware of what you’re eating, not just which ingredients, how many calories and what it does to my body, but where does it come from? How was it grown? How was the animal grown/treated?

“That I find is not yet present enough in our society, and should be. Now it’s completely left to the consumer in a way. But I think there should be some way of organising where you take the responsibility a bit away from the consumer, and equally the consumer should be educated more, awareness should be improved so you can make better decision in a big picture.

“Travelling is the bitch really, as you don’t always have time to look behind the scenes. When I am home, I go to meet the local farmers and see what they do. I want to first-hand convince myself, not that I’m super sceptical with everything, but you’re more at peace with yourself. If you have seen it, if you see how it works, and if you’ve spoken to the guy, and you think generally it stacks up, you can make a judgement.”