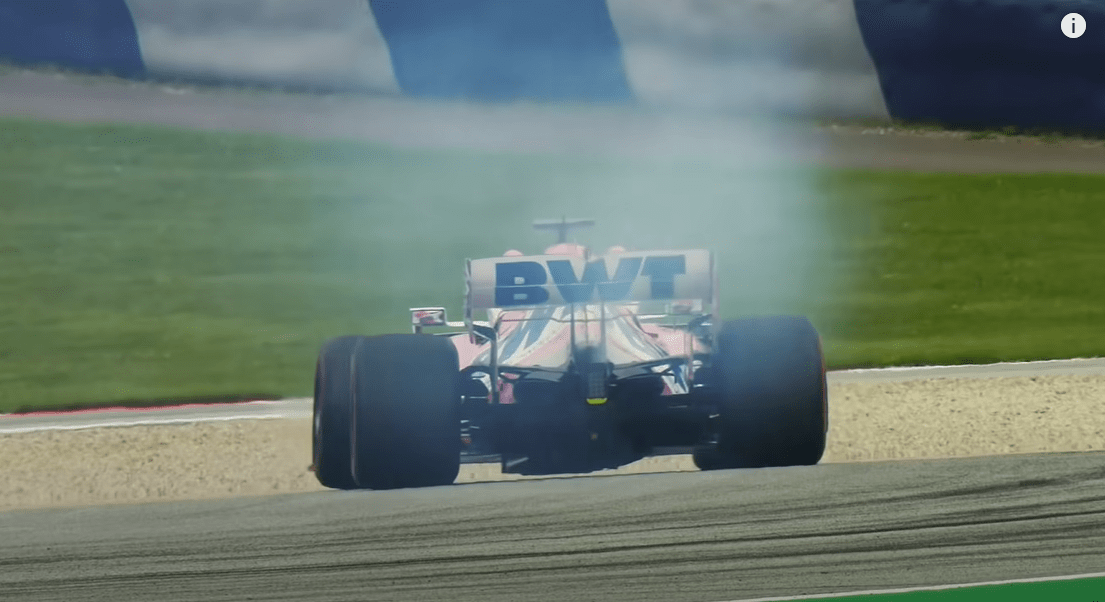 Mercedes is looking into the engines after customer outfit Racing Point’s Sergio Perez along with their own Lewis Hamilton and Valtteri Bottas had puff of smoke blowing out in 2020 F1 races.

After the whole controversy around the puff of smoke blowing from rear of the Ferrari cars since 2017 and the said to-be trickery in 2019, it ended up with the FIA issuing technical directives which seriously hampered the Italian manufacturer.

The details of the 2019 issue, at least, is not known in the public but it is said to do with the usage of fuel in a way to help in power delivery. The main push came from Mercedes and Red Bull last year but interestingly, the German manufacturer is now seeing the same.

Outside the reliability issues, the smoke has been seen on Racing Point’s Perez and even their own drivers’ Hamilton and Bottas’ cars. It isn’t being played down by Mercedes, though, as Toto Wolff says the investigation is already on at Brixworth.

Wolff did not have an answer in Hungary but added that Mercedes is looking into it and that the hope is to have an answer by Silverstone. “You can see when the oil tank is filled up at the beginning it looks like there is an issue,” said the Austrian.

“We don’t know where it comes from. We have to understand and it will clear from itself. It is not a reliability issue. I hope to be able to tell you in Silverstone.” The similar tune came from Williams – the other customer F1 team of Mercedes.

“To be honest, I don’t know,” said Dave Robson from Williams. “Normally it will just be a little bit of excess oil, but I don’t know, I would have to speak to the engine guys to be sure of that, but nothing of any concern, I’m pretty sure of that.”

It will be interesting to understand the reasoning behind it as the commentators have noted about the smoke in all of the races of 2020 and has also talked about the similar smoke from the Ferrari F1 cars last year.