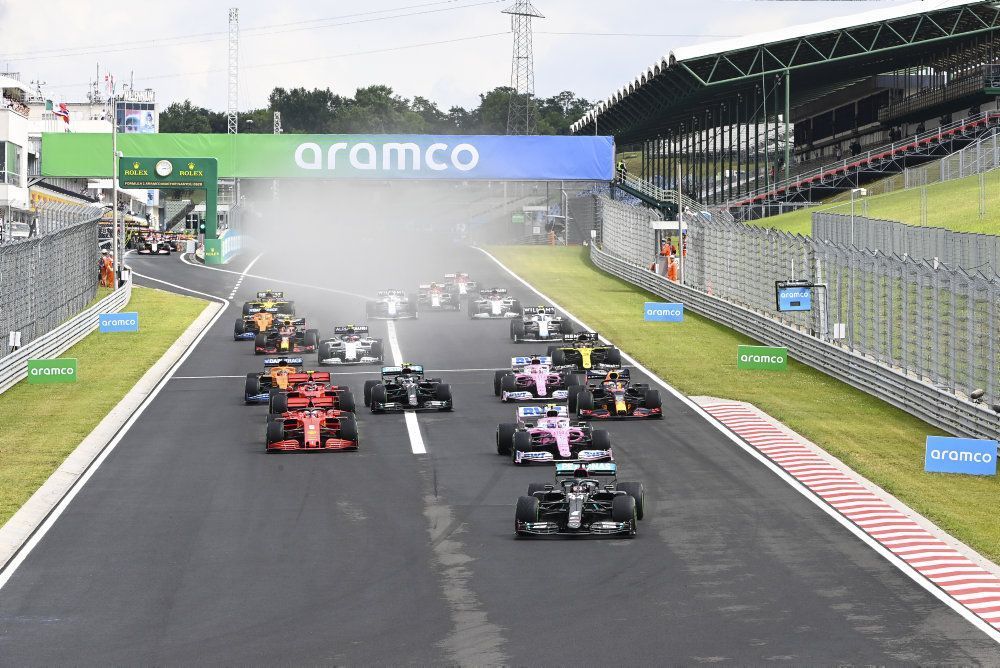 The COVID-19 pandemic measure of having a token system for F1 teams to upgrade certain areas if their cars from 2020 to 2021 has got a new controversy in store.

Take a gander at the 2021 Sporting Regulations of F1, and you’ll very quickly find that most of the new rules added share one common motive: saving costs. In fact, an entire system for development was conceived to serve this very purpose.

Called the ‘token system’, it exists only to prevent F1 teams from developing too much in specific areas – something that could drive up the cost of entry, it being one that will inevitably be overshadowed by the financial repercussions of the COVID-19 crisis.

However, there is concern that the system can be abused by certain customer teams. As an example, take Racing Point. The team borrow a long list of old-generation parts from Mercedes, all of which would otherwise heed development from the team, and the subsequent, undesired spending of tokens.

Having purchased their suspension from Mercedes, Racing Point have the ability to turn around and spend the two tokens they otherwise would have spent on suspension on other areas of its F1 car, all while their competitors have to design/upgrade the parts themselves, and spend their own tokens.

This inconsistency has teams debating the system, and Renault particularly have voiced concerns, with team representative Marcin Budkowski discussing the ‘flaw in the system’. Without taking any names, he said that certain teams can benefit from the system, and that they are in discussions with the FIA on the matter.

“It was a necessary evil to be able to save… well, to be able to continue in this situation and part of the freeze decision for next year,” said Budkowski. “So, we’re happy with the system. We’re still looking at where best to spend them.

“We still have a few days and a few opportunities that we need to choose between but I will also support the view that the system has some flaws, unfortunately. There’s a loophole there that would allow a couple of teams to benefit from the system and this is something we’re discussing with the FIA and the other teams and we hope will be addressed.”

A rival of both Renault and Racing Point in F1 – McLaren – did not mention this alleged loophole when probed about the system, and instead the team’s principal Adreas Seidl expressed his support of the system. The Woking-based outfit has some leeway on the engine side as well, as the move to Mercedes from 2021.

“No, there’s no frustration,” said Seidl. “In the end, it was clear that both teams in order to make, let’s say, to put all these actions in place that we signed off during the crisis we were in, in order to protect the teams protect ourselves as well, the financial side it was important that all teams come together and accept what are some compromises.

“And for me, to be honest, it is still a miracle that it worked out like that, because at the beginning of the discussion I didn’t expect that we can find common ground. We have to accept some compromises as well. In the end the communication we’re having on the specific topic of the engine installation with the FIA, it’s an open and constructive discussion.

“It’s clear where the limitations are for us. And it’s important now to get on with the job, one because timing is obviously very tight. There’s no frustration on this,” said Seidl. Racing Point, too, had nothing to say about Renault’s gripe with the system, as the team principal Otmar Szafnauer did not mention it in his explanation of where the team will be spending tokens. He supported the system, much like his McLaren counterpart.

“We too decided a while back to look at how to use our tokens,” said Szafnauer. “We’ve made our selection. I think the token system itself works well and when you have a variety of elements across all the teams, and how do you allow certain developments for some and other developments for others.

“So I think the token system was a clever way of allowing some freedom but within the confines of what we decided to do to save money going forward because of the virus situation. So, I think it’s good, it’s fair and we chose already how to use them and that’s what we’ll do. We’ll make those changes for next year and see how we go.”

In contrast, Ferrari expressed mild discomfort with this loophole, as Mattia Binotto explained that they his team feel all teams should be on a more even playing field on this front. He adds that it is not ideal for Ferrari to not be able to fully upgrade their car, but this is a point for another day.

“We cannot be fully happy because, if you look where we are as Ferrari, our intention would have been to fully develop but we understand the point and I think that’s part of, as we often said, part of the season compromises that have been taken during this period,” said Binotto.

“And I think, as Ferrari, knowing our situation, we have been assessing it as an act of responsibility towards the entire F1 and the other teams. So that’s what we’ve got. We’ve chosen our tokens. I think that the only point on looking at next years, on which we are still debating, I think we are not fully happy that there are teams that eventually can upgrade their entire package from a 2019 to a 2020 package.

“That I believe would be unfair, because the season with two tokens is similar for everybody. We’ve got only two tokens and everybody should be limited to that one,” said Binotto. The whole episode likely benefits Racing Point and AlphaTauri as they both use 2019 parts and as per the regulations, they can upgrade to 2020 without using the tokens.

It will allow them to use their tokens in other areas, something which irks its F1 rivals as the loophole was likely missed when they signed. Ferrari customers Haas and Alfa Romeo Racing cannot take the benefit as they use a lot of 2020 parts already than 2019.