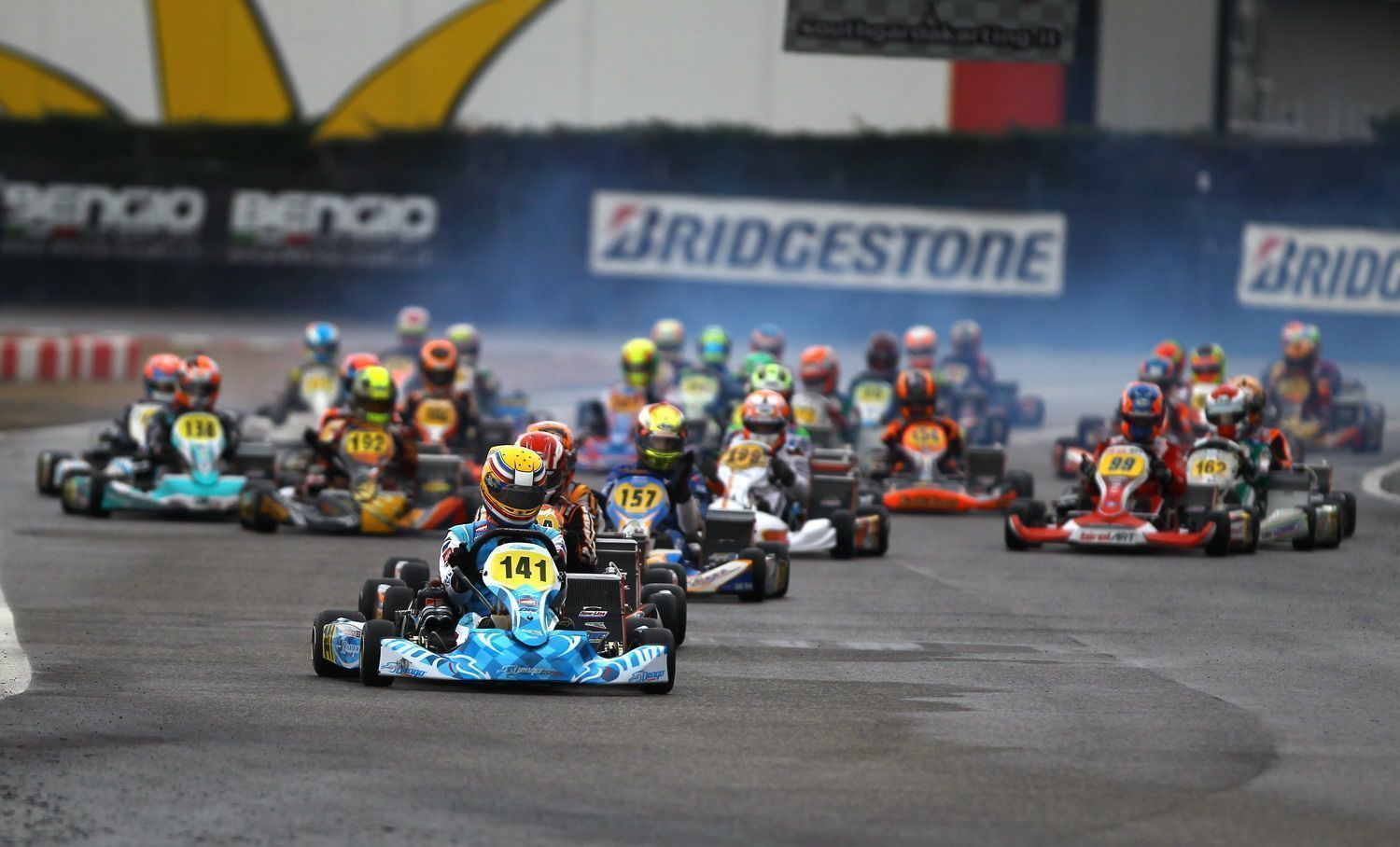 KZ Final was affected by the absence of Karting World Champion Paolo de Conto and GP3 driver Alessio Lorandi -they have retired in prefinals-. At the start, Alessio’s brother, Leonardo, lost his first position. Hanley was the driver who took this position until the end of the race. The start was also a disaster for many drivers who ran wide.

Anthony Abasse, Sodi driver, was the one who held P2 until the end of the race too. Celenta was 3rd, Federer 4th and Pex 5th.

In lap 2, Hanley and Abasse got away because they had a very quick pace. Federer overtook Celenta and he fixed his objective in catching the leaders.

In lap 8, Lorandi retired after he spun in the middle of the straight line. Meanwhile, in the lead of the race, Abasse got very close to Hanley and, in lap 9, he was only 5 tenths behind the British driver. Federer was also approaching them.

Two laps later, Federer caught the first two drivers, but he never tried to overtake Abasse, who was 2nd. The French driver risked Federer passing him because he had some bad laps and the leader of the race, Ben Hanley got away with a 1 second gap. With 5 laps to go, Renaudin passed Pex for P5.

When there were only 3 laps to go, Abasse, Federer and Celenta -who was 4th- were very close to Hanley. However, the British driver resisted the attacks and won the Winter Cup only by 3 tenths. Abasse finished 2nd, Federer 3rd and Celenta 4th.