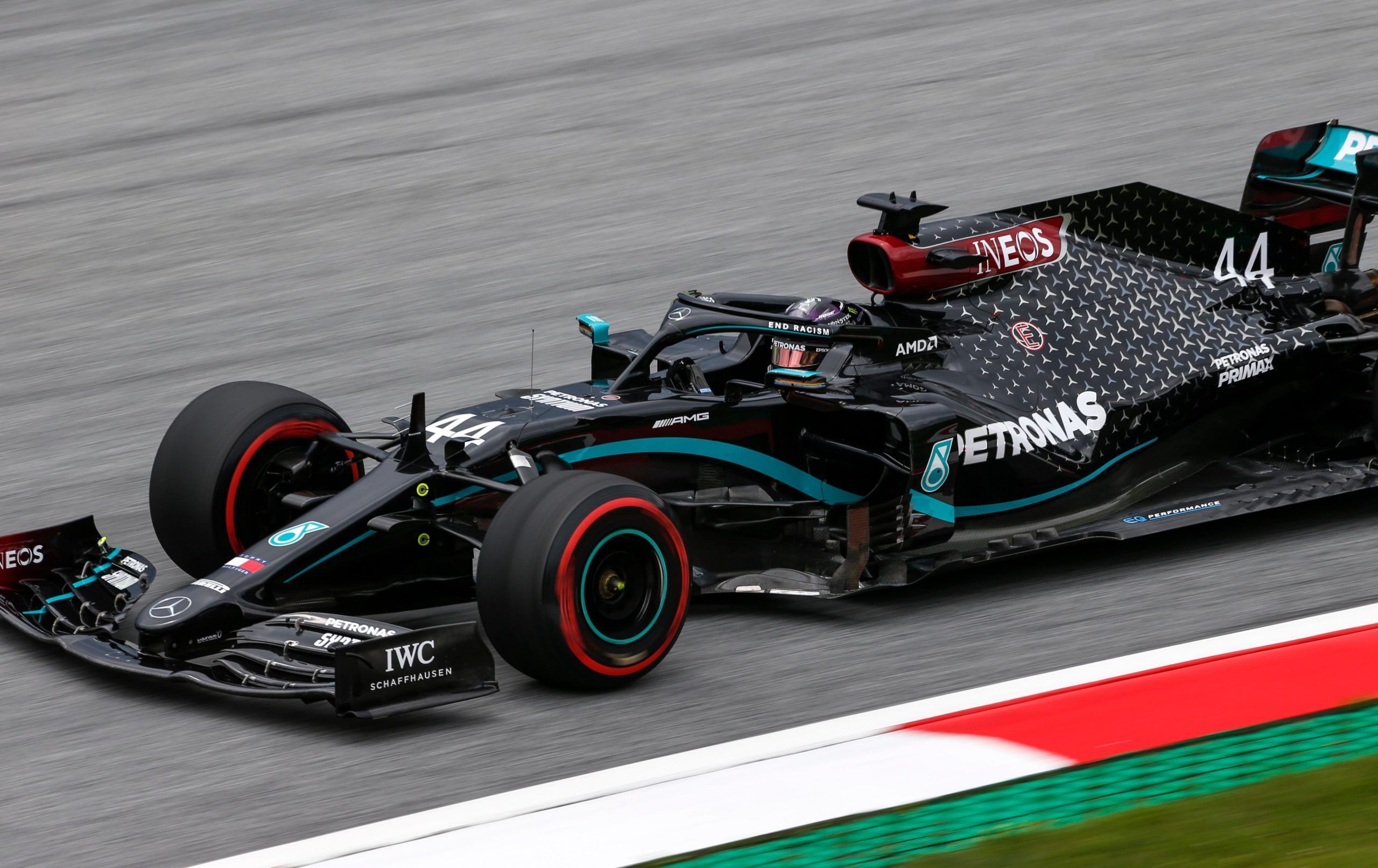 Mercedes’ Lewis Hamilton made it three in a row to lead Valtteri Bottas in FP3 of F1 Austrian GP at Red Bull Ring as Christian Horner closes DAS chapter.

While it was fairly smooth at the top, but Mercedes drivers did have small offs at certain corners without a huge damage. Unlike his spin on Friday, Verstappen had a cleaner run as Red Bull gave him the new front wing from Alexander Albon’s car.

Christian Horner said that Red Bull worked hard to repair the damaged front wing but for now Verstappen will have the new one. The Dutchman was two tenths off from Hamilton but soundly ahead of the Ferrari pair as Racing Point got in the mix too.

Racing Point’s Lance Stroll (1m04.918s) showed pace as well to be eighth with AlphaTauri’s Pierre Gasly (1m04.949s) surprising with a ninth place finish ahead of McLaren’s Lando Norris (1m04.950s), with Renault duo just missing out on the Top 10.

The session also saw Horner closing the DAS chapter after the protest from them on Friday. Speaking to Sky Sports, he said that the team wanted clarity which they got, while adding that it is too late for any F1 team to prepare such system on their car.

“First of all we wanted to get clarity,” said Horner. “We wanted to protest at the earliest point in the weekend so not to interrupt with the result. So it was either going to be legal or illegal on Friday which would then give the chance for Mercedes to rectify that either way.

“So having seen it on the car yesterday we chose to use the avenue of a protest to achieve that clarity. We informed Mercedes of that prior to putting in the protest. Basically the system is very, very complicated. And it comes into question what is the steering wheel for.

“The stewards obviously backed the decision of Nikolas Tombazis, the technical delegate there, so we have that clarity now. So we know it is legal and if we want one we will have to design our own and incorporate it.

“It is a tool that has nothing to do obviously with steering the car because they only use it in a straight line. That’s sometimes the ambiguity that these regulations create. It’s something that’s been tidied up for next year.

“We didn’t feel that, the engineering feedback we had it wasn’t fully compliant to the regs this year so that’s why we questioned it and got that clarity late last year. So as far as we’re concerned it’s all closed now.

“Hats off to Mercedes, it is a very clever system, but to incorporate that this year before it gets outlawed next year will be very, very difficult now,” summed up Horner. Word in the paddock is that they have a similar system but it remains to be seen.