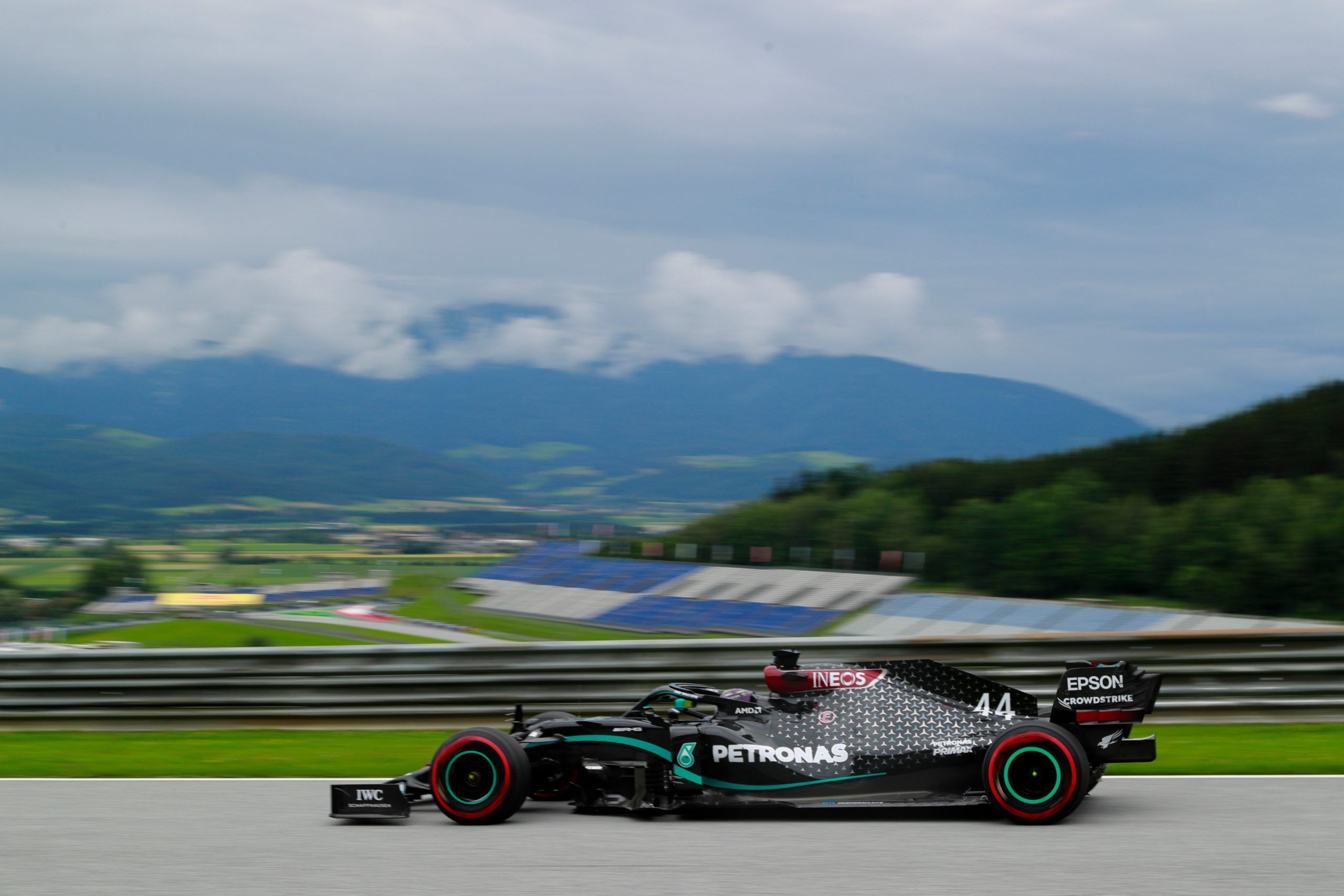 Lewis Hamilton remained on top in FP2 of F1 Austrian GP to lead a Mercedes 1-2 as several drivers had offs in various parts of the circuit.

Like how FP1, Verstappen had an off but this it was on the gravel rather than a spin. Renault’s Esteban Ocon (1m05.415s) returned to action to be 1tth after missing bit of the first session when a part fell off from the rear of his car.

AlphaTauri’s Daniil Kvyat (1m05.443s) and Red Bull’s Alexander Albon (1m05.453s) ended up 12th and 13th, with both having a spin – the former having another one in the final corner like FP1, while the latter spun at Turn 1 where his teammate did in the first session.