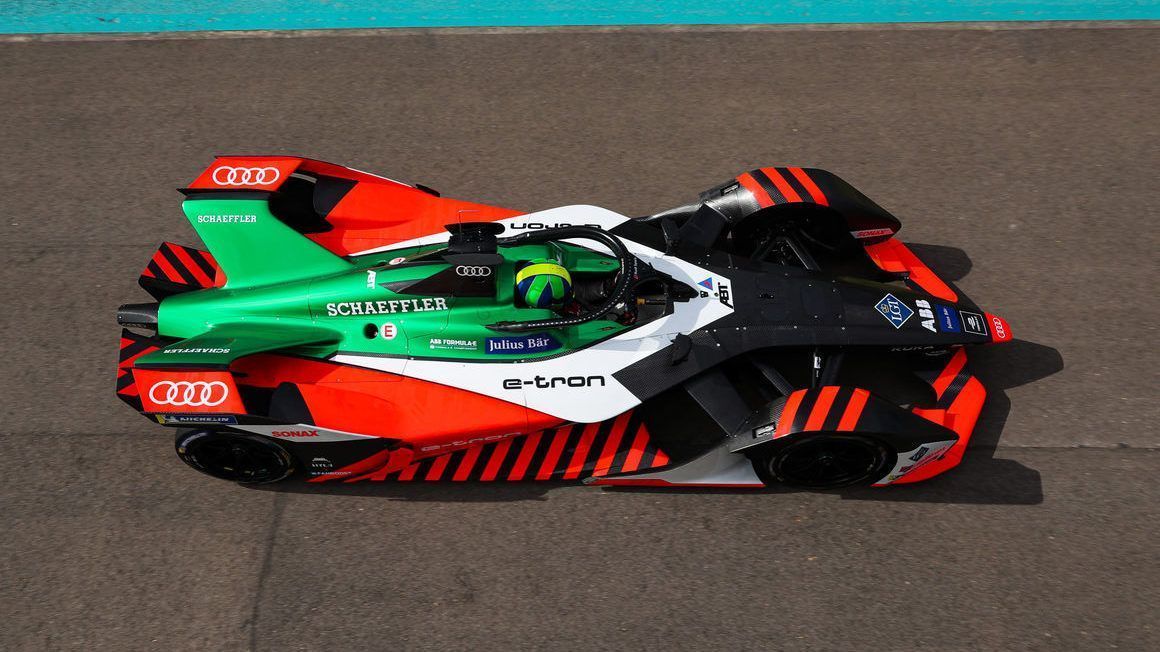 Audi unveiled photos and video of their 2019/20 FIA Formula E Championship challenger with a revised livery.

Audi becomes the second Formula E team to showcase its 2019/20 car, with the German manufacturer adopting a revised livery from its predecessor, which will be driven by Lucas di Grassi and Daniel Abt.

The Audi e-tron FE06 livery has bright orange on its livery with the usual mix of black, white and green like last year, which the German team describes it as an aggressive looking car.

For now, Audi has only released images and video of the new livery, with the public reveal to take place at the International Motor Show (IAA) in Frankfurt next week, with the whole team.

“The fans are going to immediately recognise our car from the grandstands or on television. Each livery in the five seasons has had its own unique character, but the FE06 is my favourite,” said di Grassi.

“Now it’s up to the whole team to also make it a success.” At the same time, Abt added: “Compliments to the design team at Audi. I’ve been keeping track of the visual development over the last few weeks and think the result is brilliant – the car simply looks aggressive and fast.”