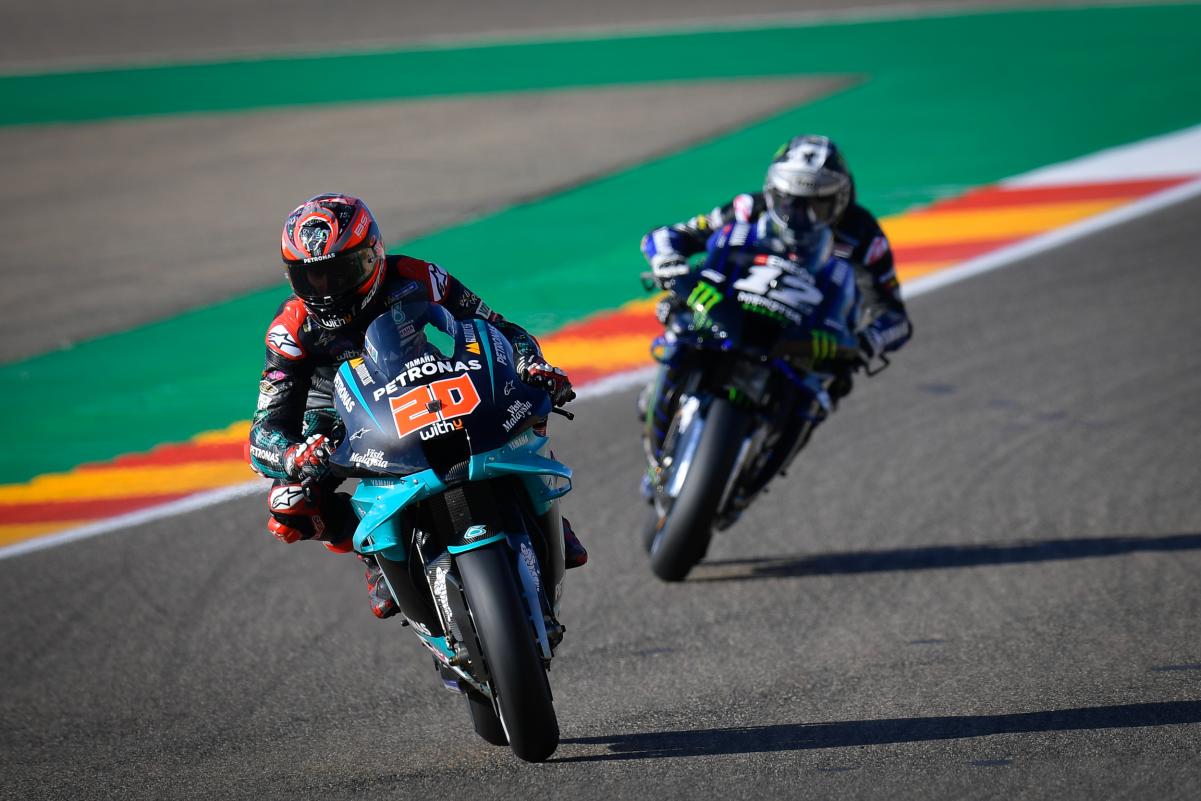 The FIM has handed points cut for both the teams – Yamaha & Petronas SRT – and manufacturer – Yamaha – for MotoGP technical breach.

In a bombshell news that cropped up at Valencia, it was noted that all of the Yamaha MotoGP engines used at Jerez were being investigated by the FIM’s technical team for a possible breach. It centered around illegal valves on the M1.

Yamaha suffered multiple problems during the opening MotoGP round at Jerez and were forced to take corrective measures. The team first spotted a problem with a faulty component – taken from external manufacturer – when Maverick Vinales had an issue.

The Japanese manufacturer had to take preventive measures then, which ate up the horsepower a bit. It came to light that the issue was not with all of the valves but only the ones used at Jerez, which prompted the FIM to investigate the matter.

Only Fabio Quartararo so far hasn’t had any engine related issue, while Vinales, Valentino Rossi and Franco Morbideli all have had at least once. Interestingly, the Frenchman hasn’t used his first two engines from Jerez since then, while others have during practice/quali.

Having investigated the matter, the FIM did not specify the issues in detail but put it down to that Yamaha ‘failed to respect protocol which requires them to obtain unanimous approval from MSMA for technical changes’ on their bikes.

The penalty thus was docking of points, not only as a manufacturer but also as respective teams, where the former sees Yamaha lose 50 world championship points it earned while not respecting the protocol and 20 from the latter’s points.

In similar respect, Petronas SRT were ducked by 37 points, which meant, its gap to Suzuki is now widened by that many points as it went from having 235 to now with 198 as their rival – who are leading the championship – sits atop with 242.

At the same time, Yamaha dropped to fifth in the teams’ standings after losing 20 points, as it now has 156 from the 176 it held before the start of the Valencia MotoGP weekend. It helped KTM to move up a place with 157 against their name.

On the manufacturer side, Yamaha has lost its MotoGP world championship lead to be third now with 158 points from the 208 it had before. This means, Ducati is now the new leader with 171 against their name as Suzuki is second with 163.

The cut for manufacturer and team brought relief to Quartararo in his riders’ title aspirations as he remains second with 123 points as Joan Mir leads with 137. Vinales is in the hunt too in third with 118, while Morbideli is just behind with 112.

“Due to an internal oversight, Yamaha Motor Company failed to respect the protocol which requires them to obtain unanimous approval from MSMA for technical changes. For this reason, Yamaha Motor Company have had 50 World Championship Constructor points withdrawn. This is double the points earned whilst not respecting the protocol required for technical changes.

“This means the respective Championships now look like this: