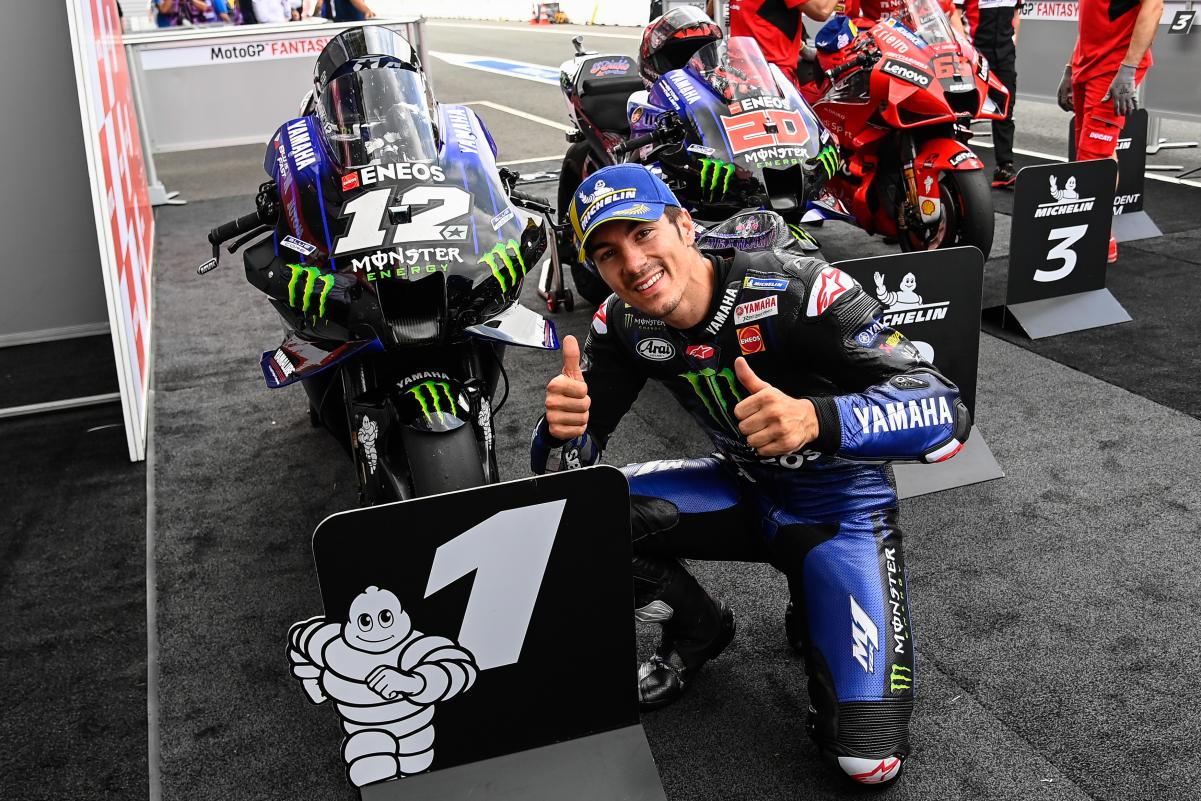 Yamaha has confirmed the departure of Maverick Vinales at the end of the 2021 MotoGP season, as Massimo Rivola and Aleix Espargaro want him at Aprilia.

After his first pole in some time and a podium since Qatar of the 2021 MotoGP season, Yamaha has confirmed the departure of Vinales from the team at the end of the year. He will, therefore, not fulfill his contract, which was to run until the 2022 season.

The rumours of the split became apparent over the Dutch MotoGP weekend after the outburst from Vinales in German GP. The Spaniard did not feel the respect and appreciation while he was struggling with the bike, where Fabio Quartararo was not.

Although he found support from Quartararo, Valentino Rossi and Franco Morbidelli, it was not enough for Vinales, who apparently made up his mind. He was forced to switch to the set-up used by the Frenchman at Assen, which delivered on the result sheet.

The pole and a subsequent podium showcased the strained relation between Vinales and Yamaha, where Quartararo was seen celebrating and the Spaniard mostly on his own. The news of his departure has now been confirmed by the Japanese manufacturer.

Upon the announcement, Vinales said: “This partnership has been very significant to me over the last five years, and it proved a difficult decision to part ways. In these seasons together, we experienced both great achievements and tough times. However, the underlying feeling is of mutual respect and appreciation. I am fully committed and will strive to achieve the best results for the rest of the season.”

At the same time, Yamaha chief Lin Jarvis, added: “It is with sadness that we will say farewell to Maverick at the end of the year. We are in the middle of our fifth season together and over the years we have achieved many highs but also had to manage many lows.

“After the German GP, which was the most difficult weekend of our partnership, we had important discussions in Assen and came to the conclusion that it would be in the interest of both parties to go our separate ways in the future. Yamaha will put in their maximum effort – as we always have done – to give full support to Maverick and finish this season in the very best way possible.”

Even before the announcement from Yamaha about the departure of Vinales, there were already speculations of him joining Aprilia to replace Lorenzo Savadori. The Italian manufacturer, who will be going solo from 2022 onward, are looking for a top rider.

They have Andrea Dovizioso testing for them, but the Italian is yet to make up his mind. The availability of Vinales opens the door for them as the RS-GP continues to improve. “I think, it is too early, first of all, to know if the rider is in the market,” said Rivola, before the announcement from Yamaha.

“If the rider is in the market, then, for sure, we are very interested in such a talent. I think it is a bit of premature, I saw in the press, a lot of rumours, but first we have to respect what Yamaha will do, who have a contract with Maverick and then if he is available then we try our best to convince him.”

Rivola’s thoughts were concurred by its rider Espargaro. “I think, it is like a bomb,” he said to MotoGP website. “We have to respect Maverick, Yamaha and Aprilia, I have nothing to say, I don’t know if it is true or not. The only thing I can say to you is that I really appreciate Maverick and he have a big talent, he’s not showing it is this year.

“I am not sure that he is having fun this year. So, if he decides to make a big change in his life, like this one, the only thing I can say to him is, if he feels, it is the right decision, he will feel more happy, go ahead, take it. He will be more than welcome [at Aprilia]. I know how fast he is and I know how hard Aprilia is working, so Aprilia deserve to have a top rider like Maverick and he deserves to be happy, so, why not.”

Here’s how Dutch MotoGP panned out