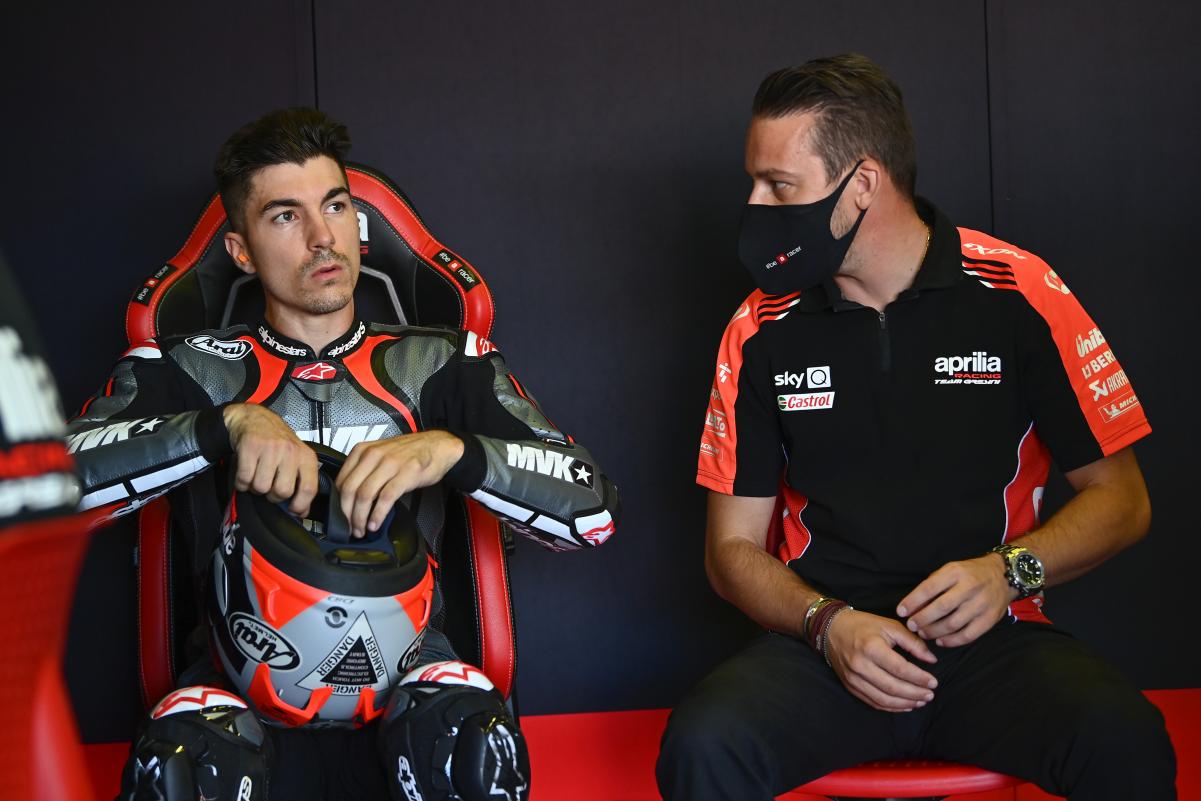 Maverick Vinales will make his MotoGP racing debut with Aprilia at Aragon, as the team fast-forwards his first competitive outing in 2021 itself.

With the two-day test at Misano done, Aprilia has announced Vinales to be racing for them from Aragon GP onward, putting off plans of a proper 2022 start after wildcard runs in 2021. It seems like the injury to Lorenzo Savadori is a blessing in disguise for the Spaniard.

The initial idea was to get Vinales ready for a 2022 full-time run, but with Yamaha ruling out any blocks for the Spaniard to race in 2021, Aprilia has taken up the option with both hands to push into the full-time seat alongside Aleix Espargaro from next weekend onward.

Savadori, meanwhile, will take up the test role and will make wildcard appearances, after he has recovered from his injury. “We are extremely proud to be able to announce our plans for the current season and for 2022 with the goal of optimising the contributions of our three riders to the utmost,” said Massimo Rivola.

“Alongside our confirmed rider, Aleix Espargaro, it is our pleasure to welcome a talented athlete like Maverick Vinales to the Aprilia Racing team, who demonstrated a great feeling with the team and the bike straight away and who I am confident will be able to give his best as early as the Aragón GP.

“At the same time, we are also confirming Lorenzo Savadori’s role as 2022 test rider. This is a fundamental position that rewards the great efforts he has demonstrated in developing the new RS-GP, whereas he will finish out the 2021 season taking advantage of the wild cards that we’ll decide on together as soon as he is back to 100% fitness.”

At the same time, Romano Albesiano, Aprilia Racing Technical Director, added: “The decision to have Maverick Vinales on the track from Aragón is a direct result of the tests done in Misano. It was not a given that, after a career spent up to now on a bike with an in-line engine, Maverick would have a good feeling with our V4 straight away.

“This is why the test on this track, historically not an easy one for our bike, was an important moment of assessment. Therefore, we are satisfied with Maverick’s immediately positive reactions, which demonstrated a good feeling both with the RS-GP and with the team and our work method. His and Aleix’s talent, combined with the experience Lorenzo has gained this season, make us optimistic about the future of our MotoGP project.”