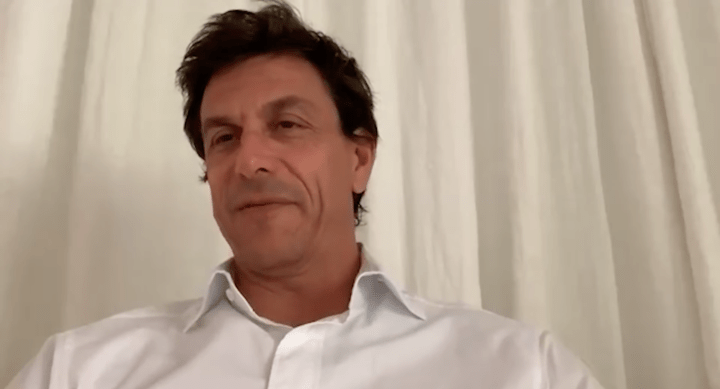 The second episode of the Deep Dive video series by Mercedes F1 Team has Toto Wolff talk about his leadership, ego, COVID-19 and more.

After John Owen was the guest in the first episode of new Mercedes lockdown series, dubbed as ‘Deep Dive’, it was team principal Wolff in the second episode of the programme, which provides insight into varying areas of the F1 world.

As a segway from their casual conversation about the global crisis, Wolff first answered about how he is handling the situation within Mercedes F1 team and what he has been focusing on in this unusual off time.

For Wolff, the response applicable to the latter question was related to the ‘health and well-being’ of the team and its members, from the top of management – where he sits – to the bottom.

Moving away from current events, and rather looking at the past, Wolff told of how he saw his life playing out when he grew up, and how this deviates from what happened, for a number of reasons – including the departure of the Williams CEO.

On top of this, the Austrian explained how past experiences, such as the aforementioned departure of the Williams CEO, impact his style of leadership. One thing that he mentioned as weighing on his style heavily was watching leaders at the British team and also HWA.

He continued on the all-important topic of leadership as he elaborated on previous comments about giving every team member a ‘purpose’. After defining what this means within his organisation, Wolff discussed the skepticism he faces day-to-day, but particularly in the past tense, when he was promising to bring Mercedes to the top.

Shortly following this, the Mercedes team principal addressed the famous ‘no blame’ culture which exists within his uber-successful team, and how that system maintains a good environment. He went on to answer questions about ego, his strategies when it comes to progressing himself, and finally, the COVID-19 crisis.

Here’s the full video of the episode with Toto Wolff: