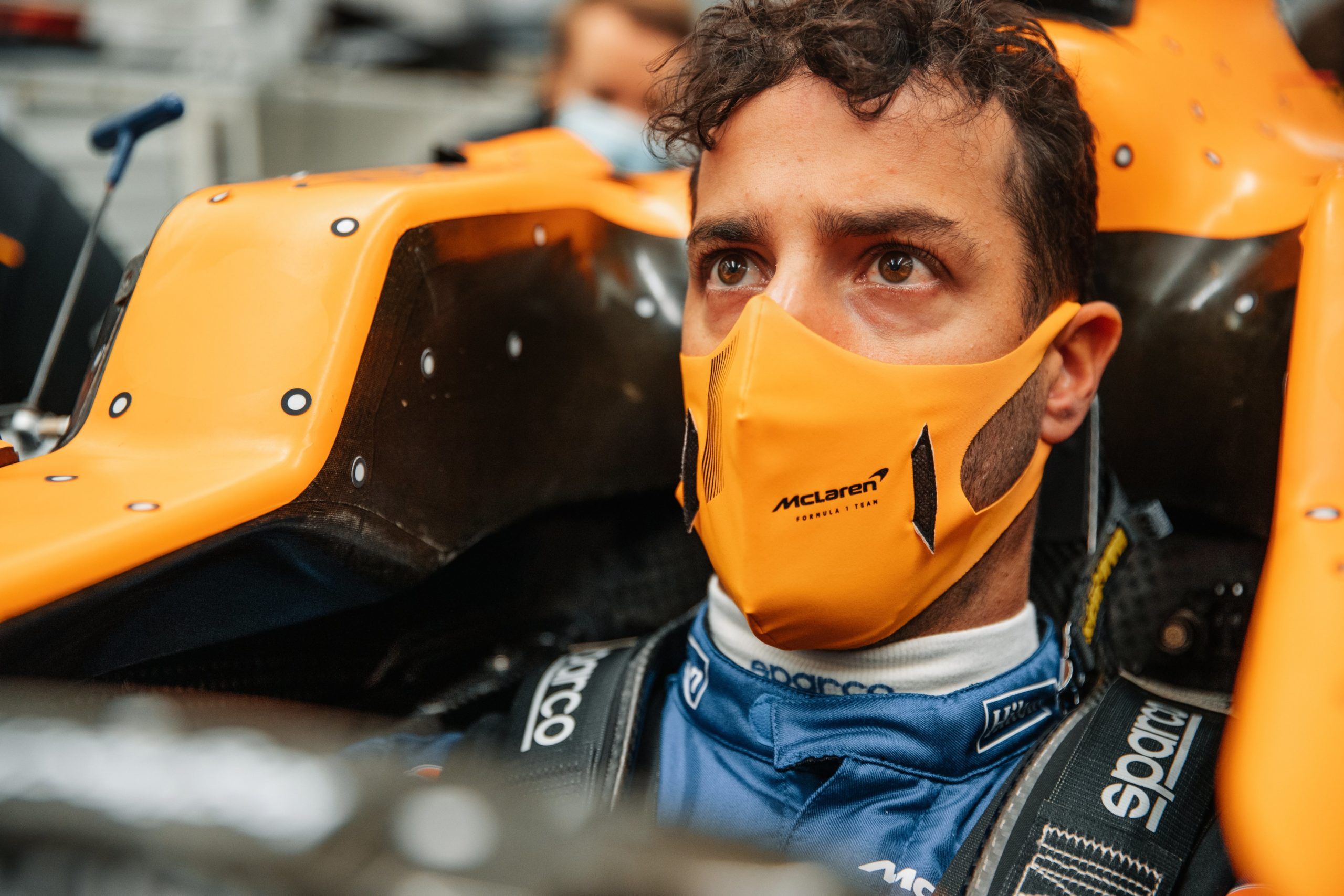 Having shared about his visit on Wednesday, McLaren in its first Unboxed video series, showcased the whole seat fit sequence of Ricciardo at Woking. It is his first look in the new F1 racing suit – although it is unclear if the colour will remain the same.

It is first of his many visits to Woking as Ricciardo is also to have simulator sessions, much like his teammate Lando Norris, who shared about his run on Thursday. It seems like McLaren has set an alternative days of the Brit and the Australian.

Does it feel real yet, McLaren fans?

Staying with F1 news, AlphaTauri became the fourth outfit to reveal its launch date of the 2021 car, the AT02, on February 19. They will be the second team after McLaren (February 15), with Alfa Romeo on February 22 and Mercedes on March 2.

Apart from Ferrari, AlphaTauri is the only other F1 team to be testing in this winter period. Yuki Tsunoda already had two days at Imola last week and for this week, the Japanese was in action at Misano on Wednesday – with more test runs to come.

They are also to undertake a filming run with the 2021 F1 car later in the month, where Pierre Gasly should be in action. The Frenchman is down with COVID-19 at the moment after catching the virus during training in Dubai.

aaaand @yukitsunoda07 is back on track 🤙

who else loves the sound of an @f1 car in the morning? pic.twitter.com/WA5R9ayIix

how about those downshifts 🔊 ❤️ @yukitsunoda07 pic.twitter.com/DwO1FInEj2

119 laps done for the day 💪 time for a rest @yukitsunoda07? pic.twitter.com/DyiflxvSRg

Snaps from Yuki's outing in Misano 📸

Meanwhile, a Oxford Magistrates’ Court fined Haas F1 driver Nikita Mazepin for breaking the red light rule. It was found that the Russian broke the crossed the Bracknell crossing, 1.7 seconds after it turned red. The Oxford and Southern Oxfordshire Magistrates’ Court, therefore, ordered him to pay a total of £274 in fines, court costs and a victim surcharge. He was also given three penalty points on his road car driving licence.

Here’s Yuki Tsunoda speaking on his journey to F1