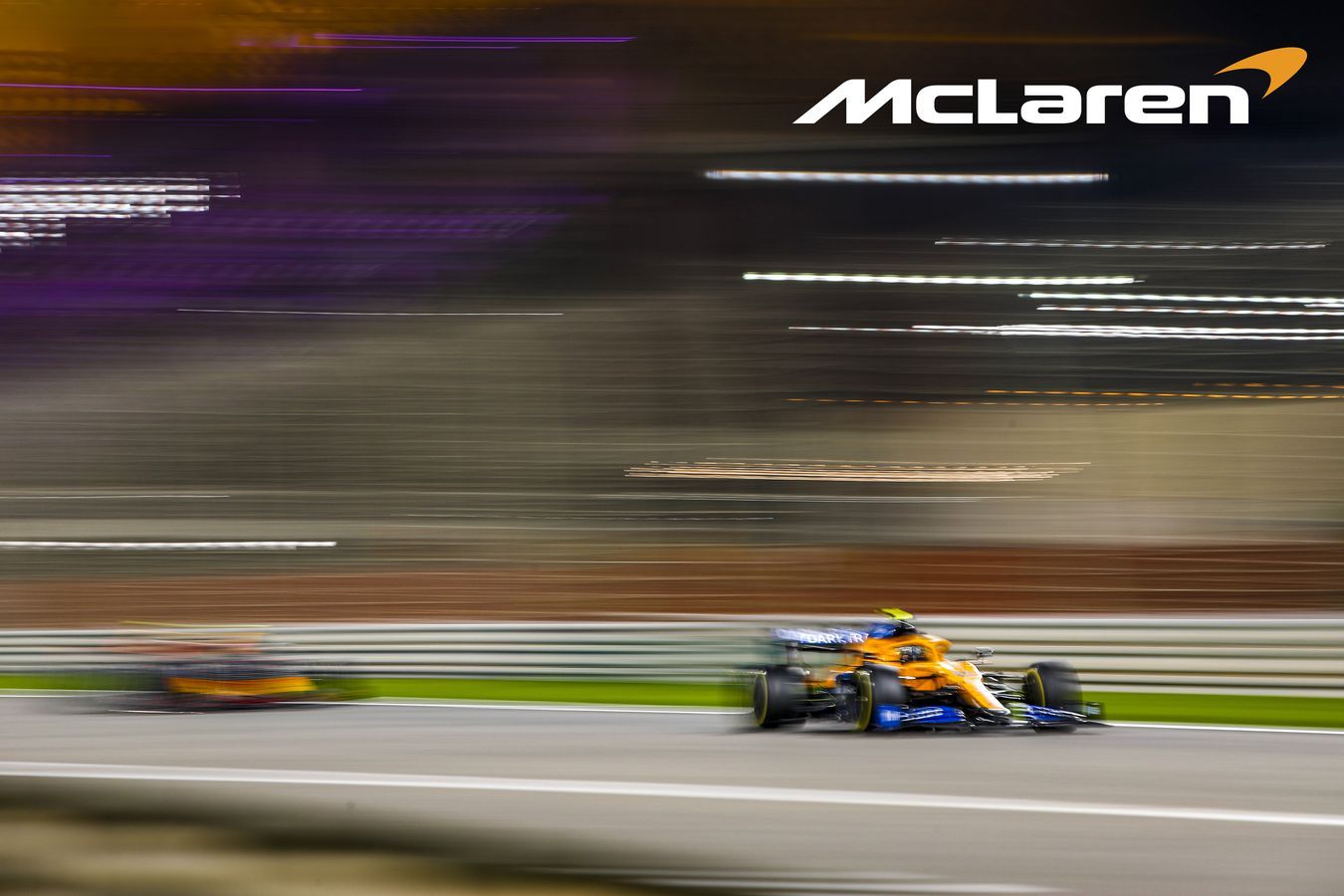 The team shared audio of its new Mercedes F1 engine firing to life last month, with the intent to release the new MCL35M on the 15th of February. Thynne offers assurances that the car’s production is on schedule, but says that anticipated challenges are appearing in the development process.

Thynne insists that this is typical of an off-season – when he says engineers like himself face the “toughest” challenges. “If you work in the production team, you work hard every single month of the year but when you really earn your money is in January and February: it’s the toughest time of the year,” Thynne said.

“We are on plan with a lot of things. There are some challenges in certain areas at the moment – but that’s F1. If you’re not encountering any problems, then you’re probably not being aggressive enough. If everything is easy and straightforward it tends to mean you’re giving performance away because you’re not pushing the boundaries.

“The real challenge isn’t necessarily producing the launch car, it’s how you evolve from it by upgrading it as quickly as possible. The key is to not spend time and resource on anything that isn’t needed. If you make too many launch-spec parts, you’ve wasted capacity that could have been used to produce an upgrade to the latest specification,” the Brit suggests.

Described as an employee ‘responsible for the operational strategy of the factory, including project management, quality, manufacturing, building, testing and logistics [of the team],’ Thynne says the team will be producing a F1 car that shares little with its predecessor due to its new engine, even saying that their 2021 contender will be as different to its predecessor as 2020’s MCL35 was to its, the MCL34 of 2019.

This is a contrast to other F1 teams, Thynne notes, since FIA regulations meant development was restricted for the coming season. Exemptions were made for McLaren, who are switching power suppliers. “There are some significant elements of carryover as we enter the cost cap,” he started.

“The FIA created a list of Transitional Carry Over (TCO) components that are outside of this year’s cost cap. These are parts that can be used in 2021 if they were run on last year’s car. We’ve pushed these TCO regulations to the absolute maximum to allow us to carry over as much as possible, such as gearbox internals and some suspension components, and therefore not have to use a portion of our 2021 budget on their design and production.

“[But] whereas every other team will carry over most of its car from last year into this year, our switch to the Mercedes power unit means that’s not the case for us. It’s driven a huge amount of change and, essentially, we’ve been building a new car. The number of new parts on the MCL35M is about the same as when we built the MCL35.

“The back of the chassis and gearbox bell housing around the engine have changed significantly to adapt to the new power unit. Changing power unit greatly alters the architecture of the car and the way everything is packaged, so the entire cooling layout and all the pipework – be that for fluid or air – has changed, along with all electrical harnessing and control boxes,” Thynne summarised.

He stresses the challenges McLaren also face with the new financial regulations as they attempt to stay competitive in a tight mid-field, but says that the greater challenge for 2021 will be the restrictions on development. “F1 has always been about working under a set of constraints, whether it’s technical constraints, time constraints or cost constraints,” Thynne began.

“Having said that, the nature of the new cost constraints is quite different to what we’ve experienced before. It will require a slight change in approach because there’s a real trade-off between cost and performance. Yes, you’ve got to meet the cost cap, but you’ve got to do it without losing performance.

“You can’t just make a cheaper car. If you do, you’ll make a slower car. You’ve got to look at the problem holistically to drive efficiencies in all areas but not to the detriment of the car’s performance. I don’t think you’re going to see which teams have really got a handle on this approach until next year because the TCO regulations have skewed the picture for 2021. The real test will come with the design and manufacture of the ’22 car.”

Amid the engine changes and other work, McLaren also released a refurbished logo in a new font and its colour changing to papaya from black. The team wishes to create a fresh new identity in the digital age where everything evolves quickly.

“Our racing soul shines even brighter in the latest evolution; the speedmark has turned papaya to distinguish us as McLaren Racing and a slimmer, modernised font style expresses our agility and speed as racers,” said a small statement. “While continuity is maintained with the familiar McLaren logo, the refreshed identity future-proofs our brand and optimises it for the digital environment.”