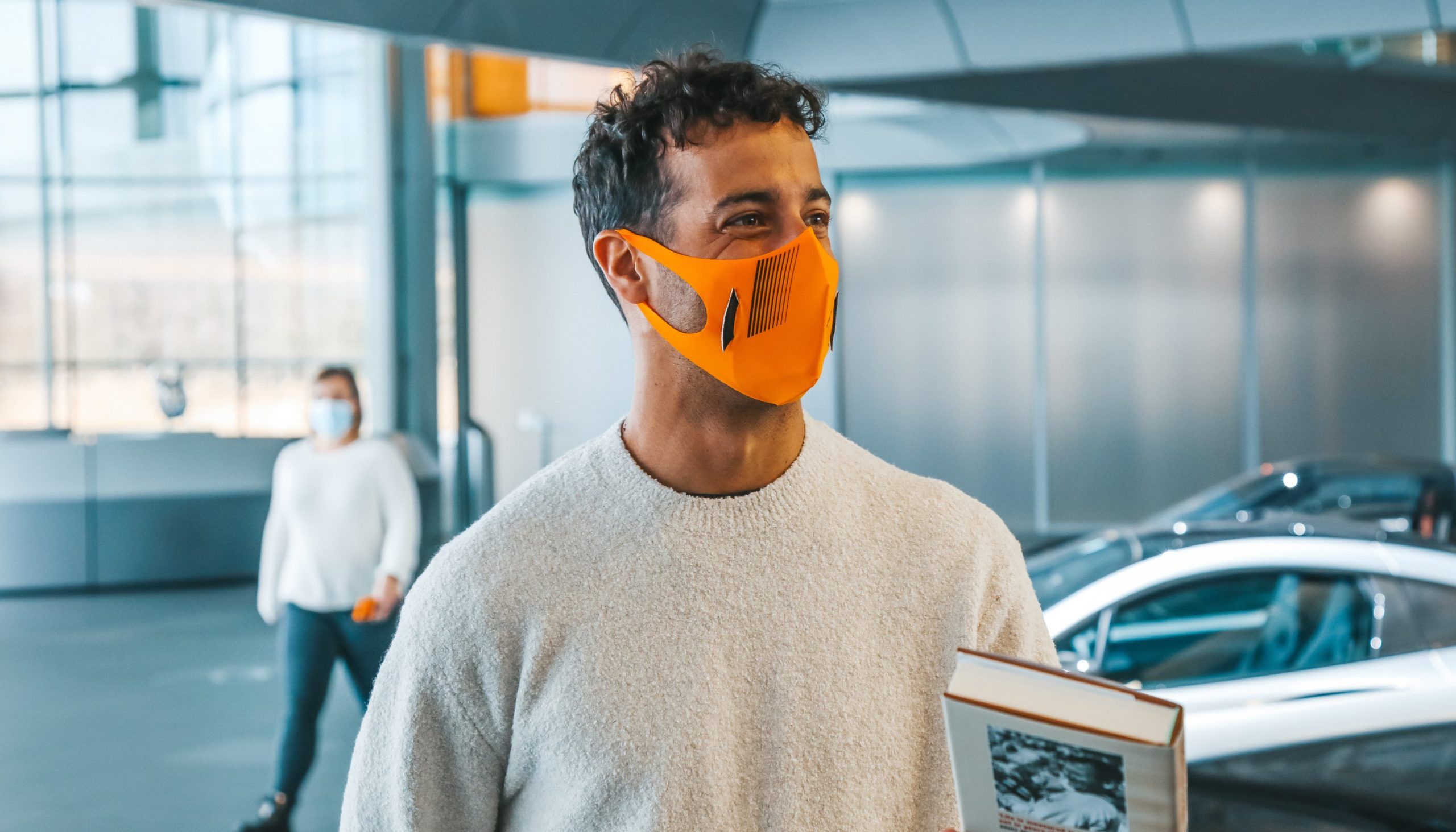 Daniel Ricciardo had his first visit to McLaren F1 base at Woking, as Formula E revealed the route for the Rome ePrix.

Having been in the United States of America for much of the winter period since the last grand prix in Abu Dhabi, Ricciardo is back in Europe albeit the United Kingdom, with the Australian having his first to McLaren F1 base at Woking ahead of 2021 season.

It comes a day after Lando Norris was at Woking, having fully recovered from COVID-19. Ricciardo was at his cheery self as he toured around the factory – and most likely had his seat fit too. It is unclear if he tried the simulator too but chances are good for that.

Both Norris and Ricciardo are preparing for the launch on February 15, as McLaren – so far – will be the first F1 outfit to reveal its 2021 car and livery. The team is sharing teasers which inclines towards increase of the papaya colour, including its logo. 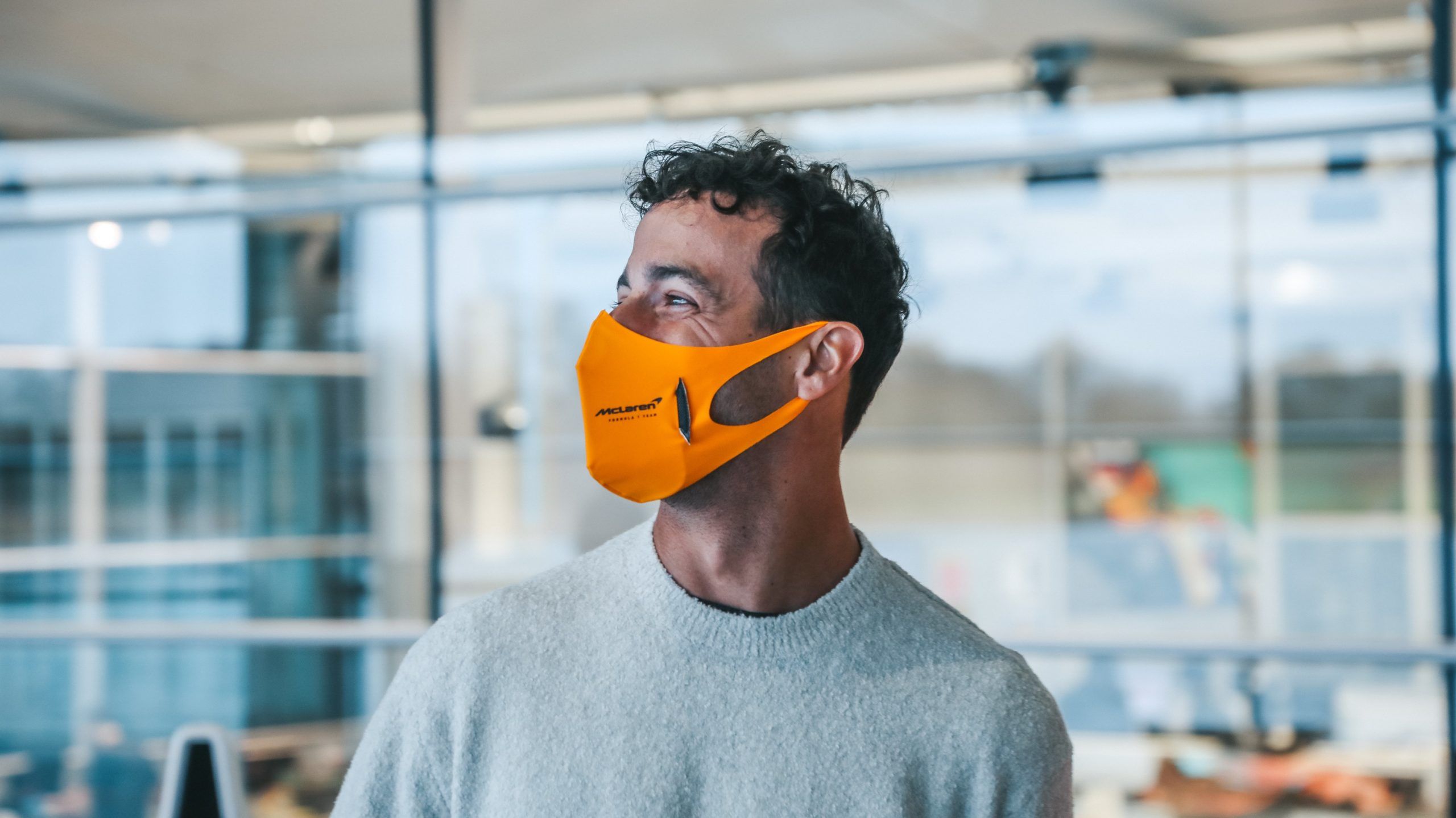 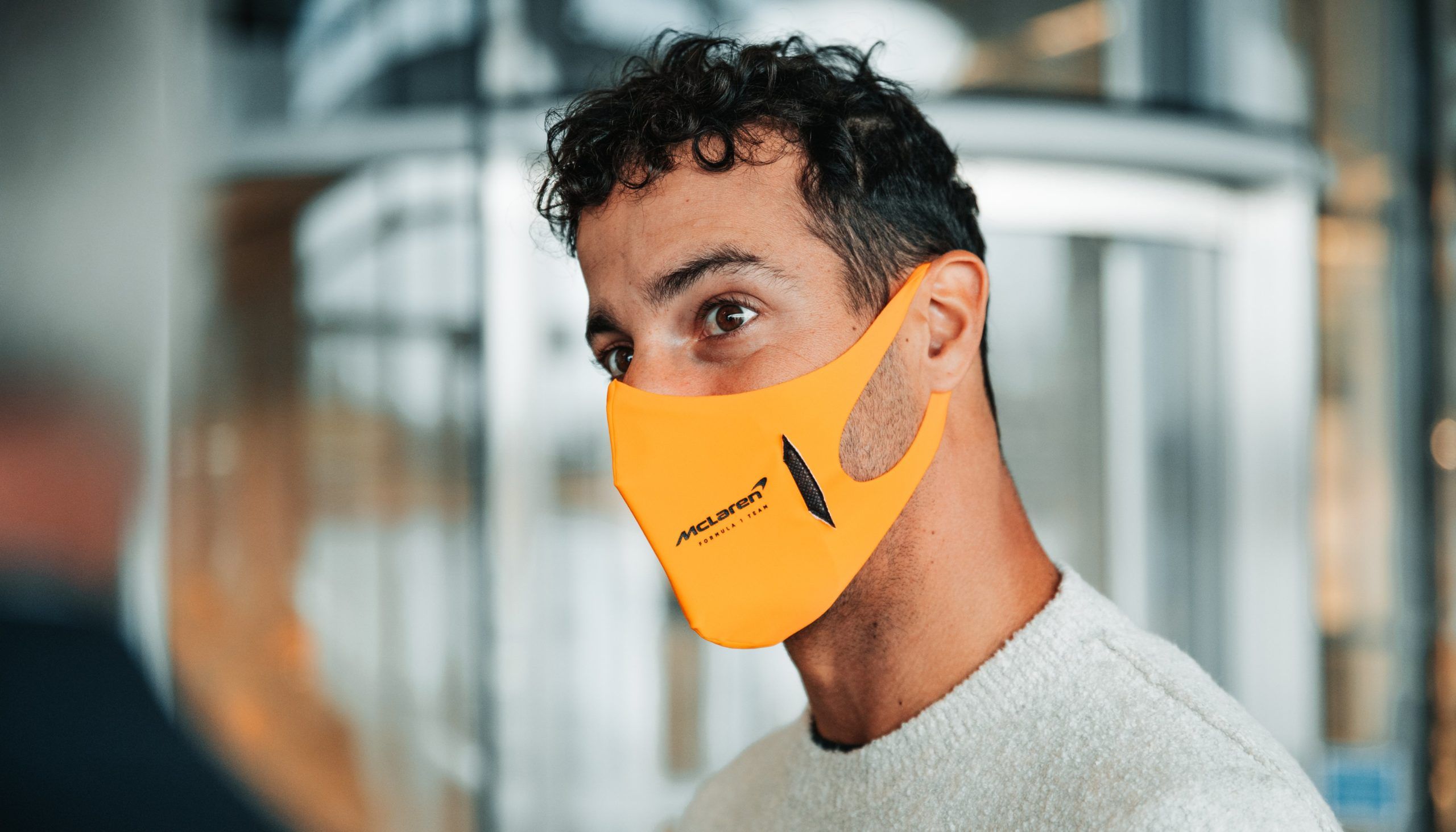 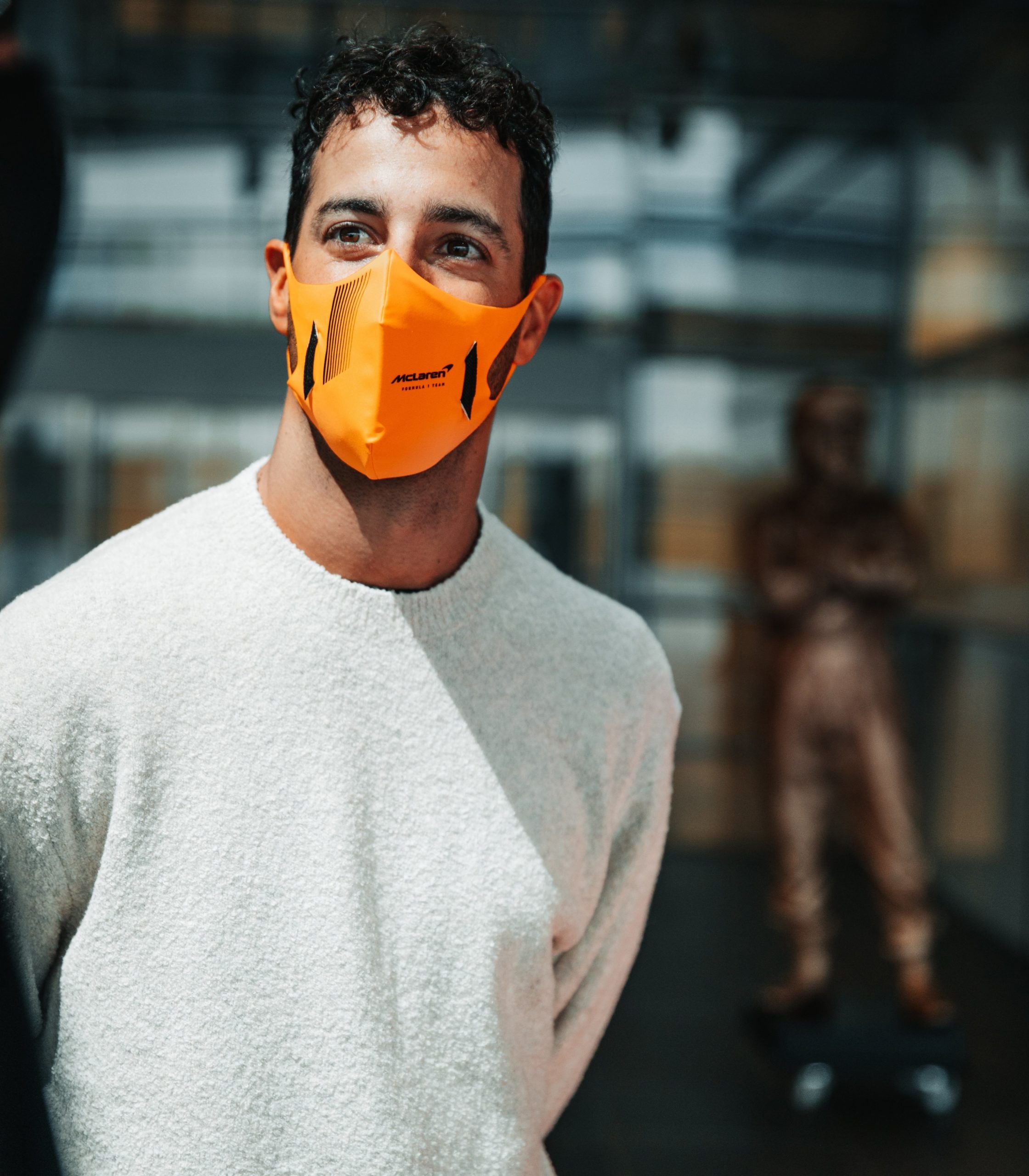 Here’s Lando Norris on his visit:

The Rome ePrix will showcase the Roman District’s historic surrounds, with Formula E to race front of the Palazzo dei Congressi, Piazzale Marconi and starting from this year, the iconic Palazzo della Civilta Italiana, also known as the ‘Square Coliseum’.

The entire Ninfeo Park will also form a part of the circuit’s perimeter, with the circuit is subjected to homologation. The race is slated to be Round 3 of the 2020/21 season on April 10 after the double-header in Saudi Arabia in February.

“As always, we’ve created a real challenge – and in my opinion, one of the greatest layouts we’ve made yet,” said Formula E Sporting Director Frederic Espinos. “The first and most important thing was to create a track that caused minimal disruption for the city, so we have had a re-think of the area we’re using.

“We’ve managed to keep the character of Rome in this new layout, with its undulations, lots of elevation changes, surface changes and the on-track excitement we’ve always seen when visiting the city. Rome is quite unique for a street circuit on our calendar as it’s one of a handful with fast, sweeping corners and varying radiuses because of the roads that we have to work with.

“It’s a circuit that drivers will be able to make a real difference as a result. On paper, we’re really pleased with it. There are quick sections with long straights into a corner before another quick blast then there are also tighter, slower speed sections that drivers will need to be on-guard for.

“Because of this, it’ll be a big compromise for the drivers and teams in terms of setup and strategy too – with different requirements around the circuit for energy consumption. We think there will be plenty of overtaking opportunities. The drivers always surprise us and throw the car into passes in places we didn’t initially expect when we laid down the design, too.

“It’s always a challenge to create a new track in Formula E. It’s not a complete blank sheet of paper here, as we share a few corners with the old layout, but it’ll be a lot to learn for the teams which will require drivers and engineers to adapt quickly. With any change to a circuit, they’re forced into totally rethinking their strategy of energy consumption and management.”

Speaking on the layout, Lucas di Grassi, stated: “With an almost completely renovated circuit design in Rome, both FIA and Formula E have once again done an amazing job in making Formula E even more exciting. The new layout is fantastic: it has longer and faster straights and offers more opportunities for overtaking. I’m sure the fans will love it; I can’t wait to race there.” 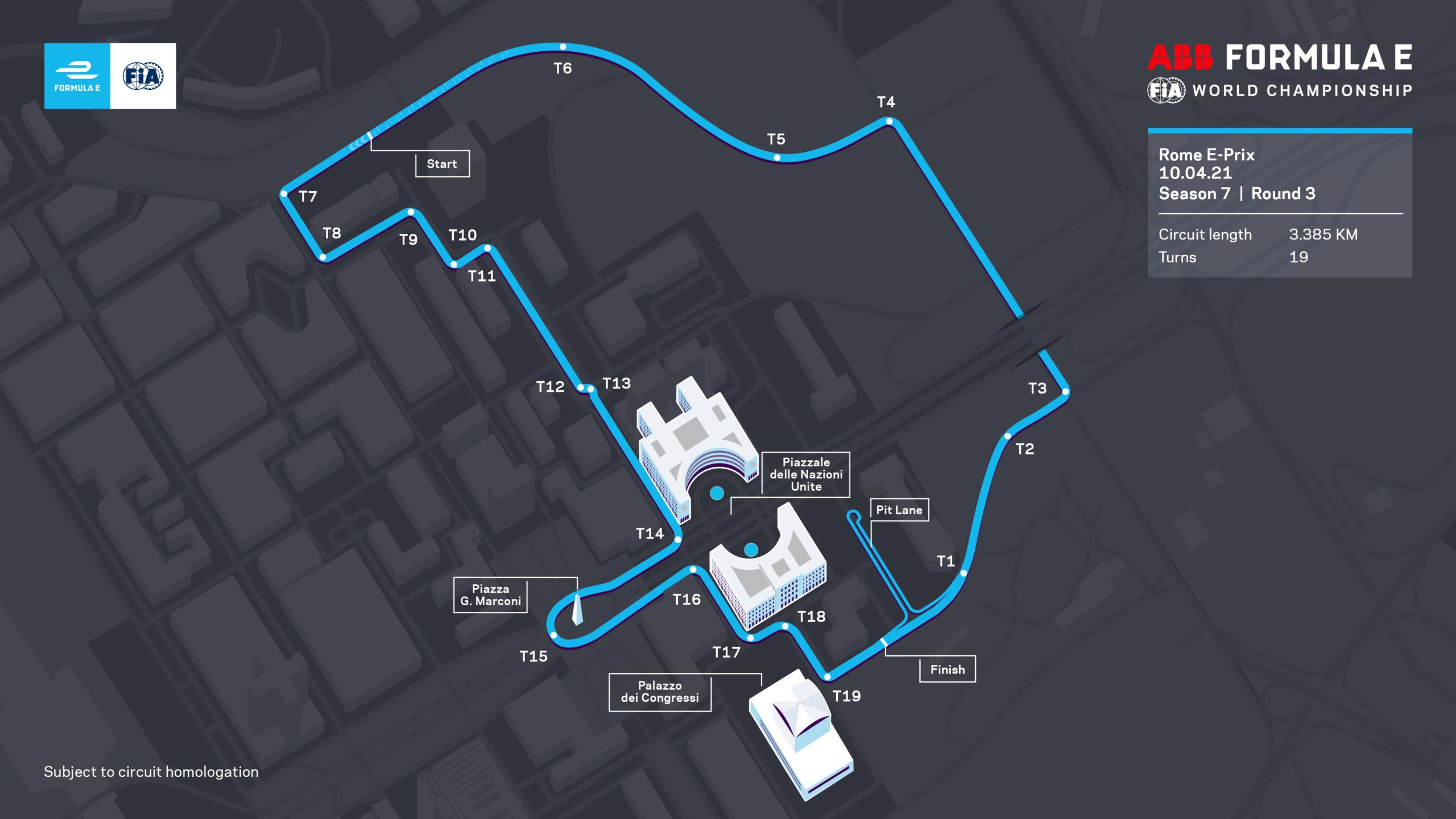