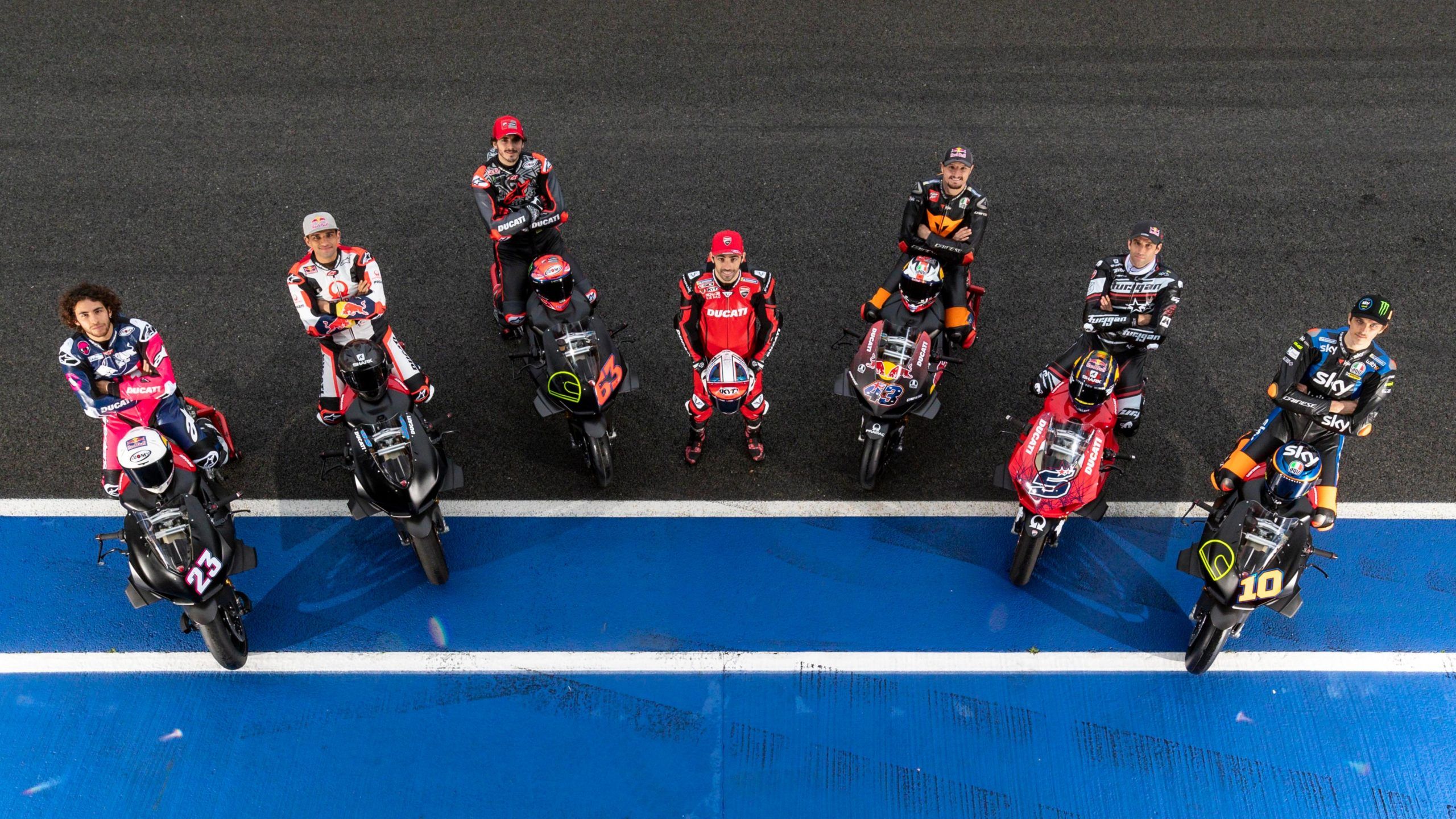 Ducati Corse had a two-day team building exercise at Jerez with six of its riders rode the Panigale V4S, while Michele Pirro got to ride the 2021 MotoGP bike.

Test rider Pirro was the sole to ride the 2021 MotoGP bike of Ducati, whereas all others rode the Panigale V4S, as they prepare for the new season ahead. It was their first time together on a track, ever since they were announced last year in 2020.

While the likes of Jack Miller, Francesco Bagnaia and Johann Zarco, have had raced together in recent times, it was the first time for Jorge Martin, Enea Bastianini and Luca Marini to share the track with the senior MotoGP pros ahead of their debut season.

So far Miller and Bagnaia have been unveiled in their 2021 colours with factory Ducati outfit, along with Avintia’s Bastianini and Marini. The only ones remains are Zarco and Martin, with Pramac Racing yet to reveal its launch date.

Talking about the Jerez test, the first day didn’t see much running apart from Pirro getting the first taste of the 2021 Desmosedici GP. The second day, though, had a proper team building session, with all of the MotoGP riders running in formation.

The team building exercise had some familiar faces too with the new mover from MotoGP to WorldSBK, Tito Rabat, in action. Also present was reigning WorldSBK Champion Jonathan Rea, who was spotted speaking with Miller in between the runs. 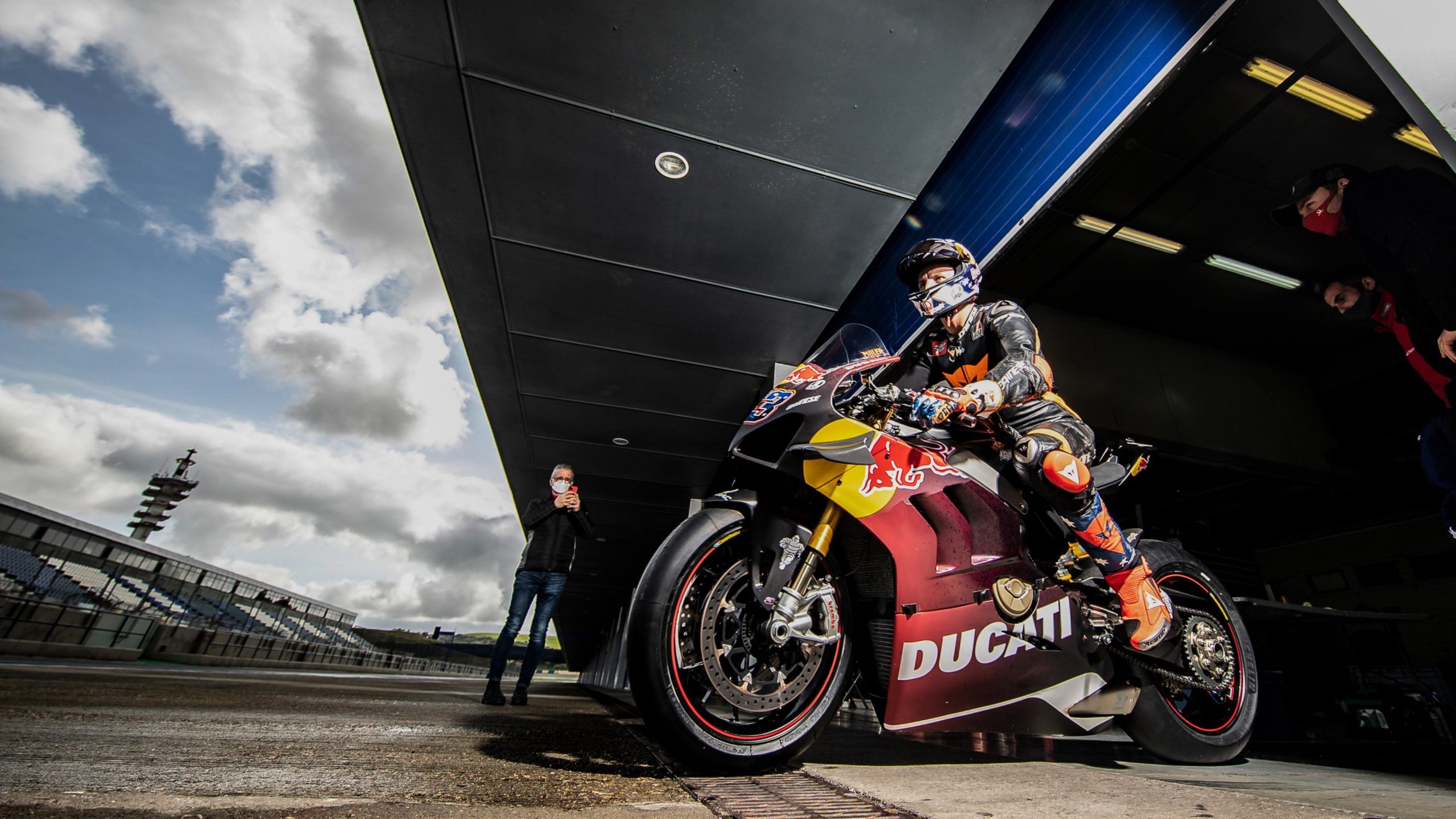 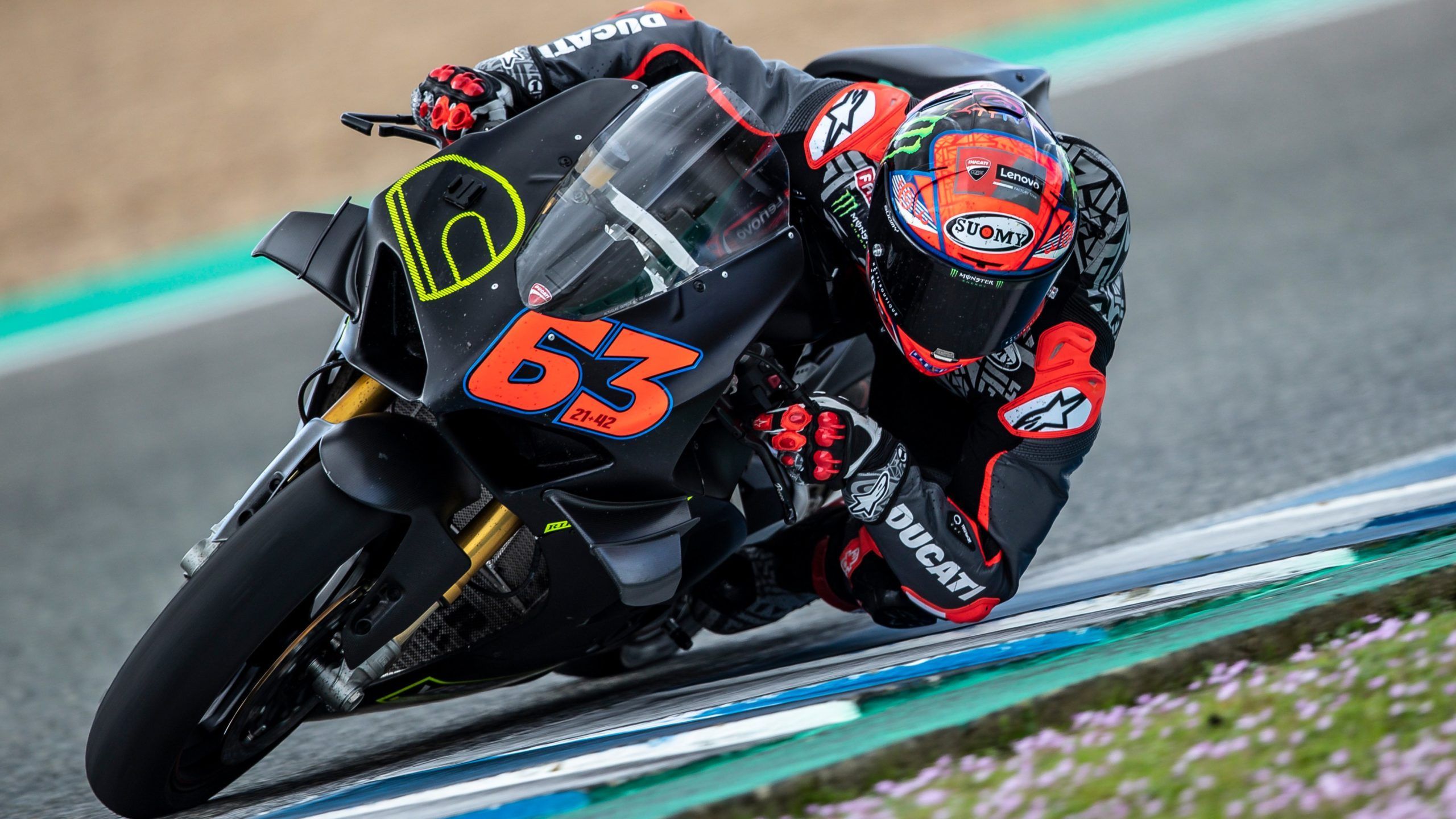 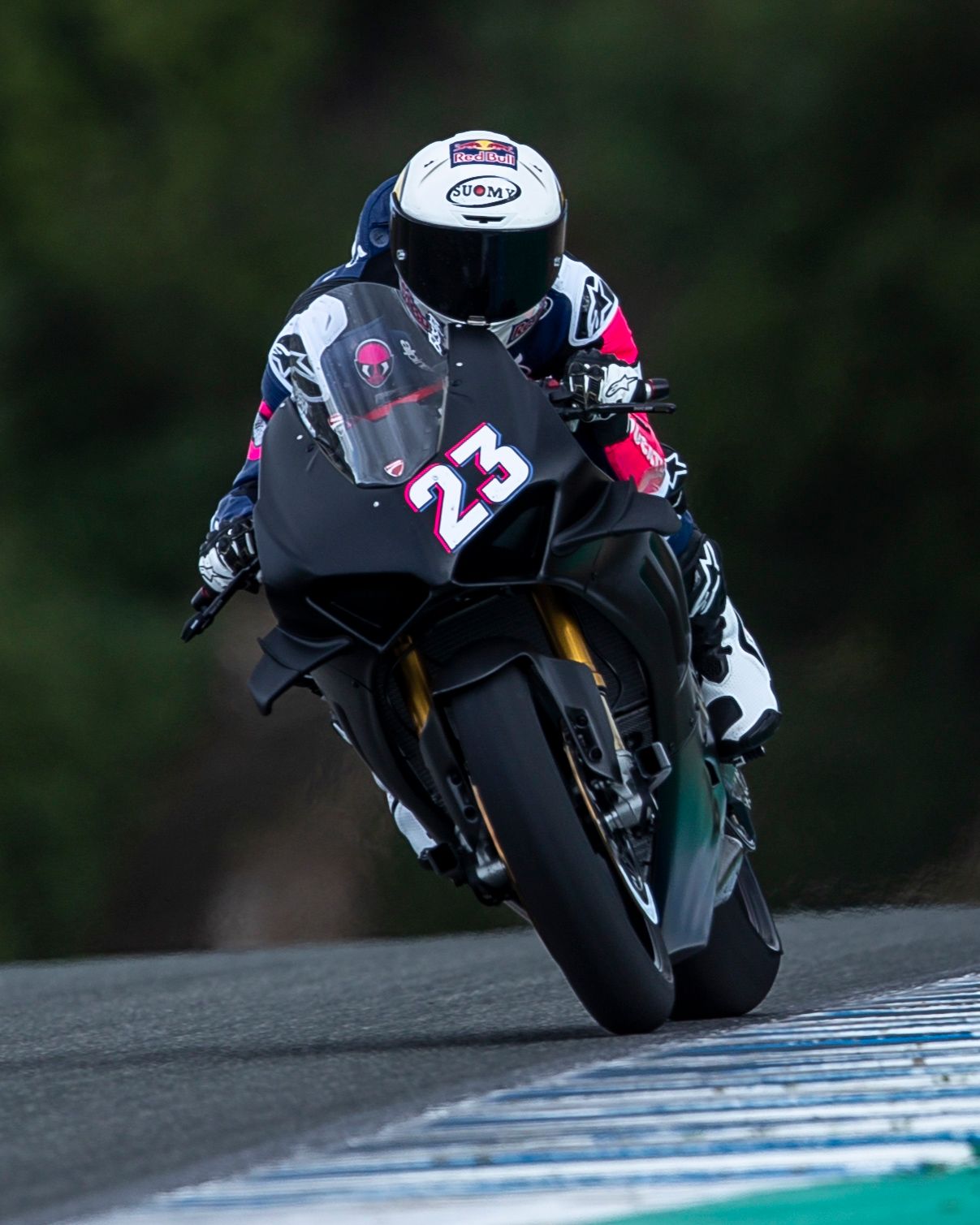 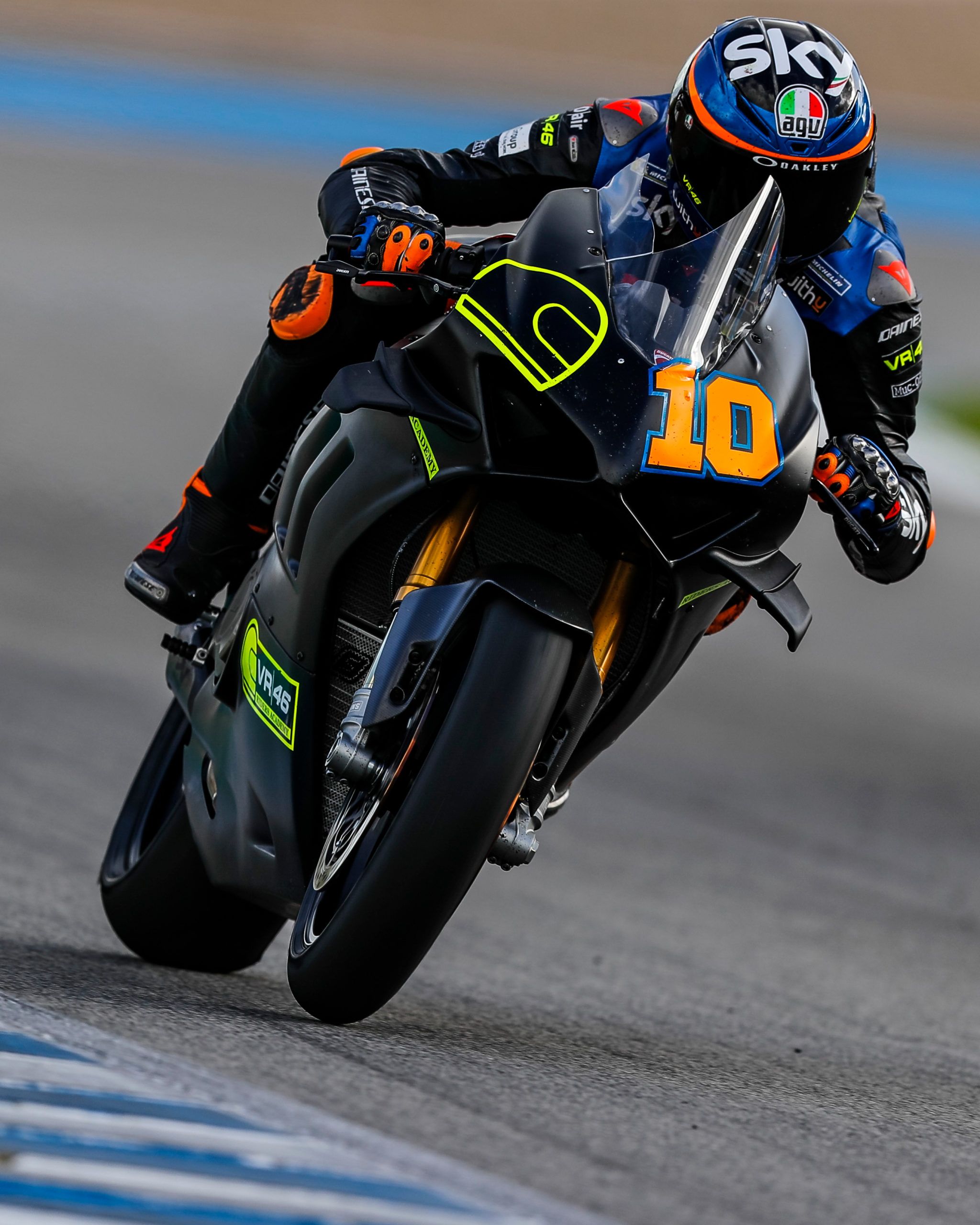 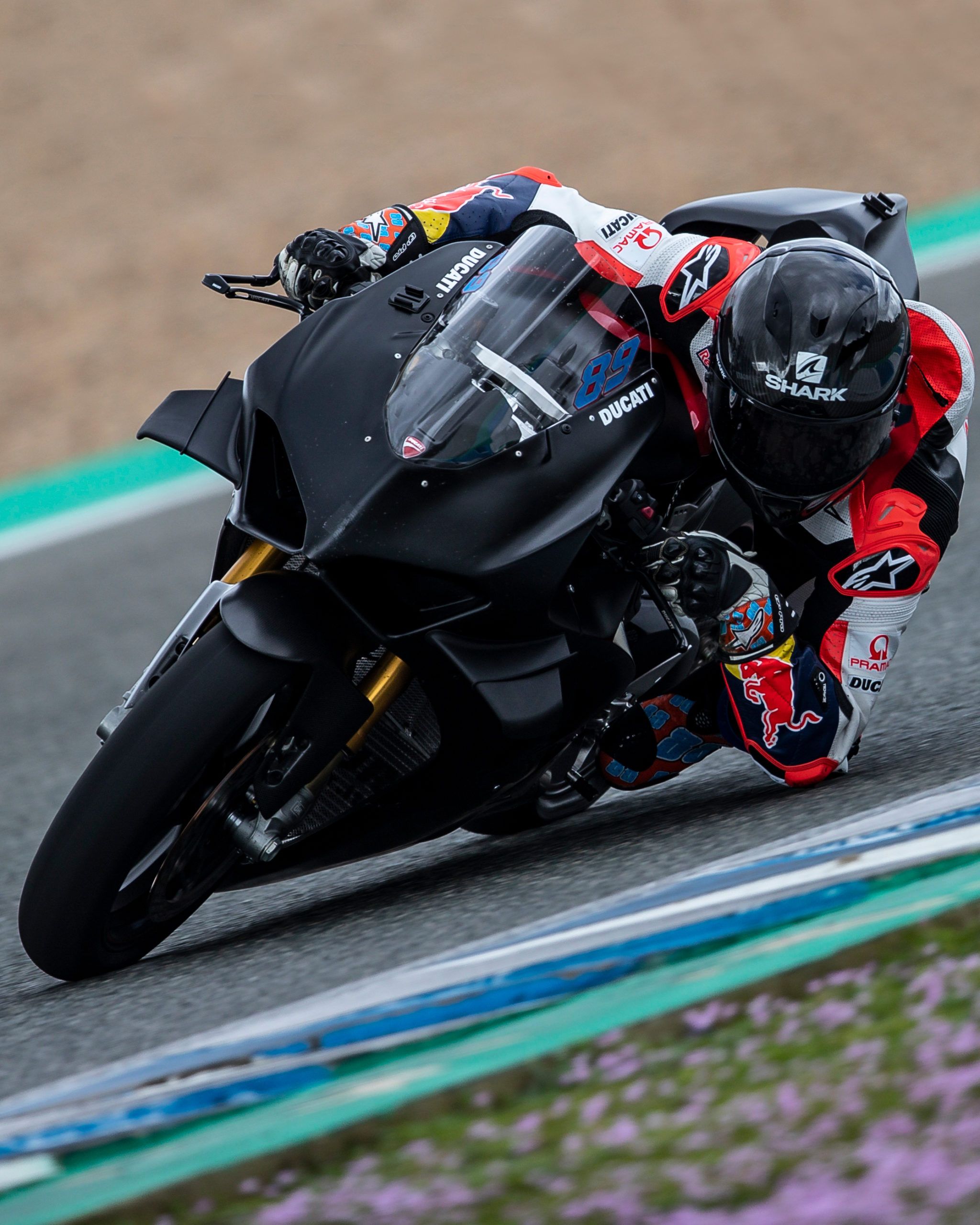 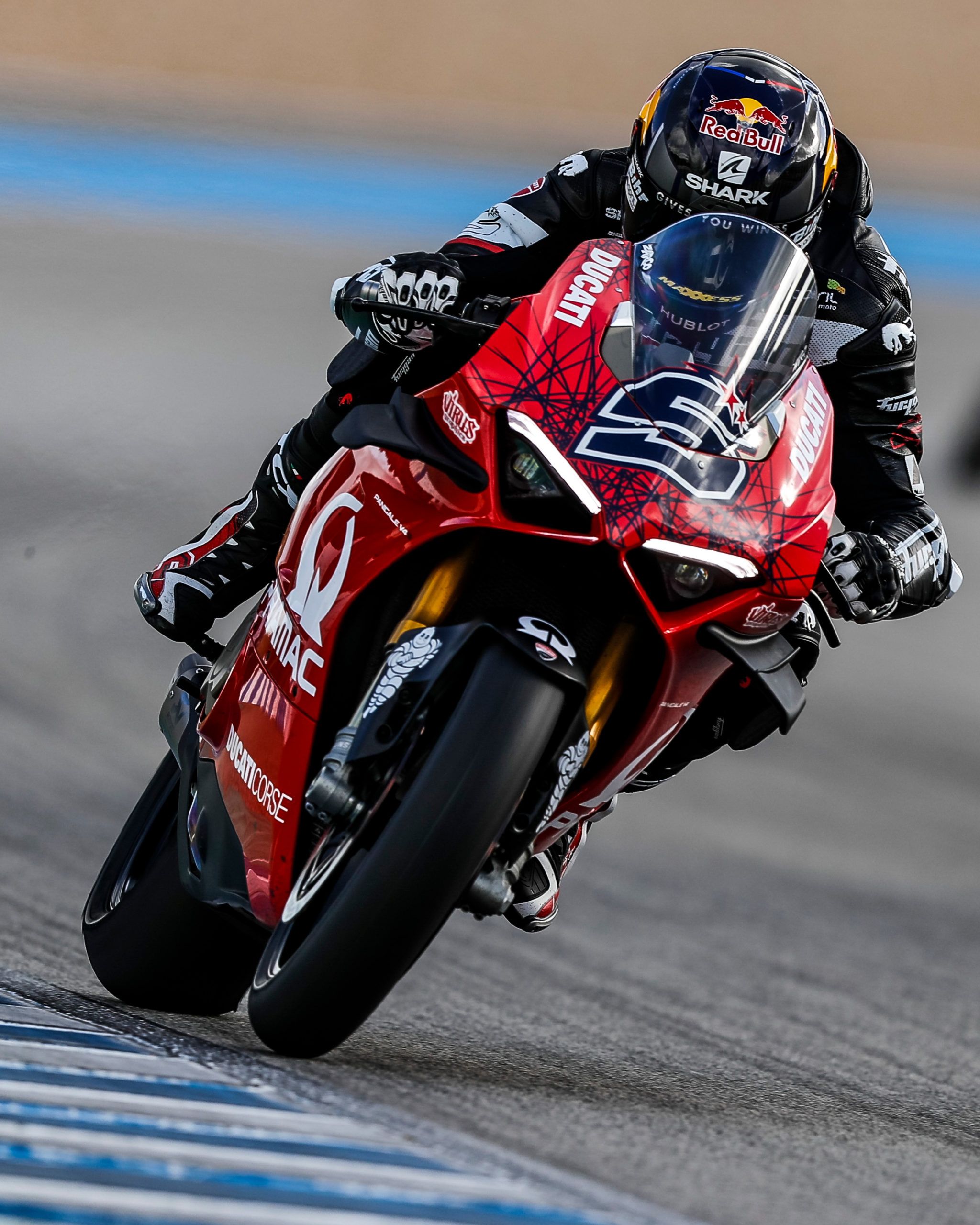 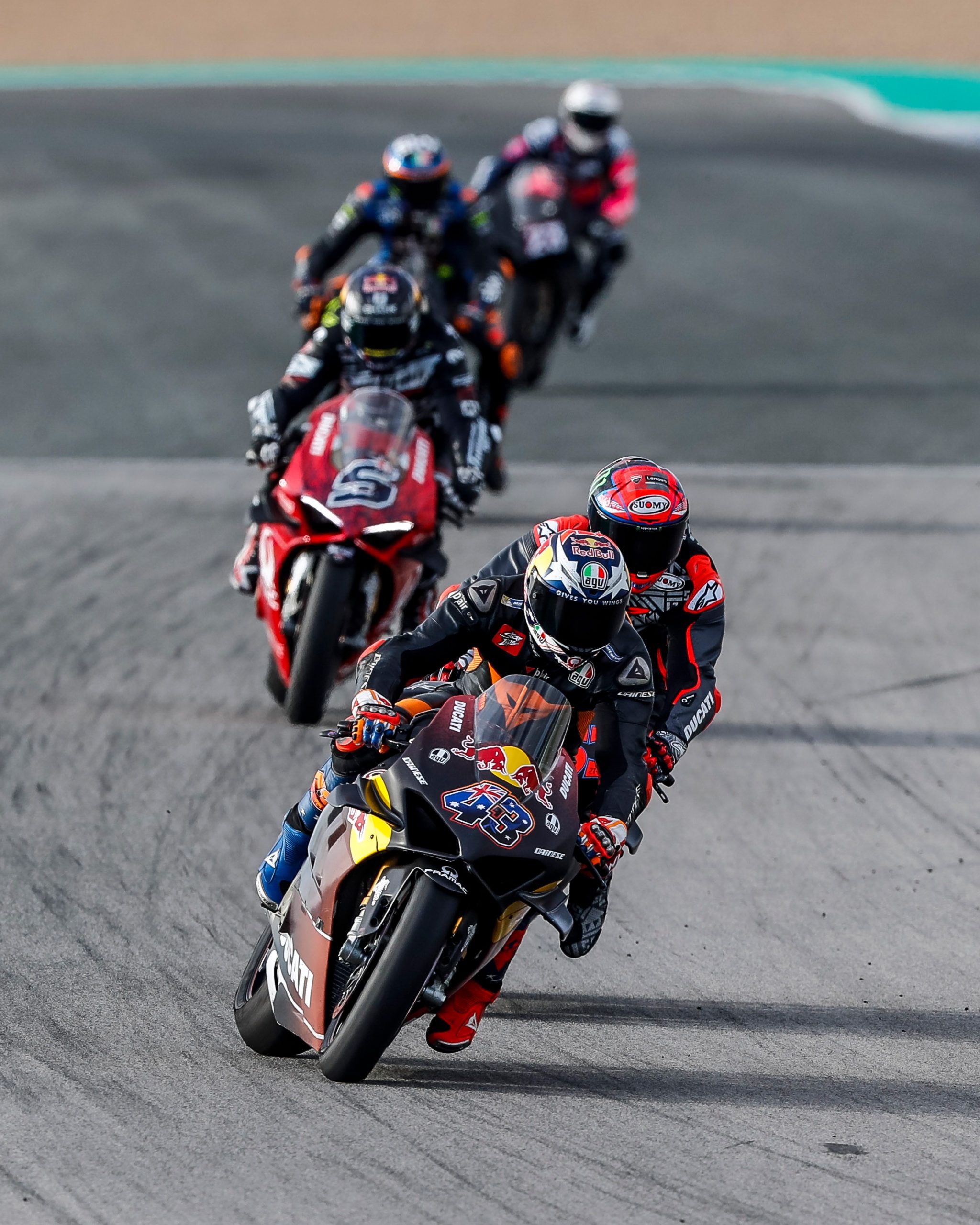 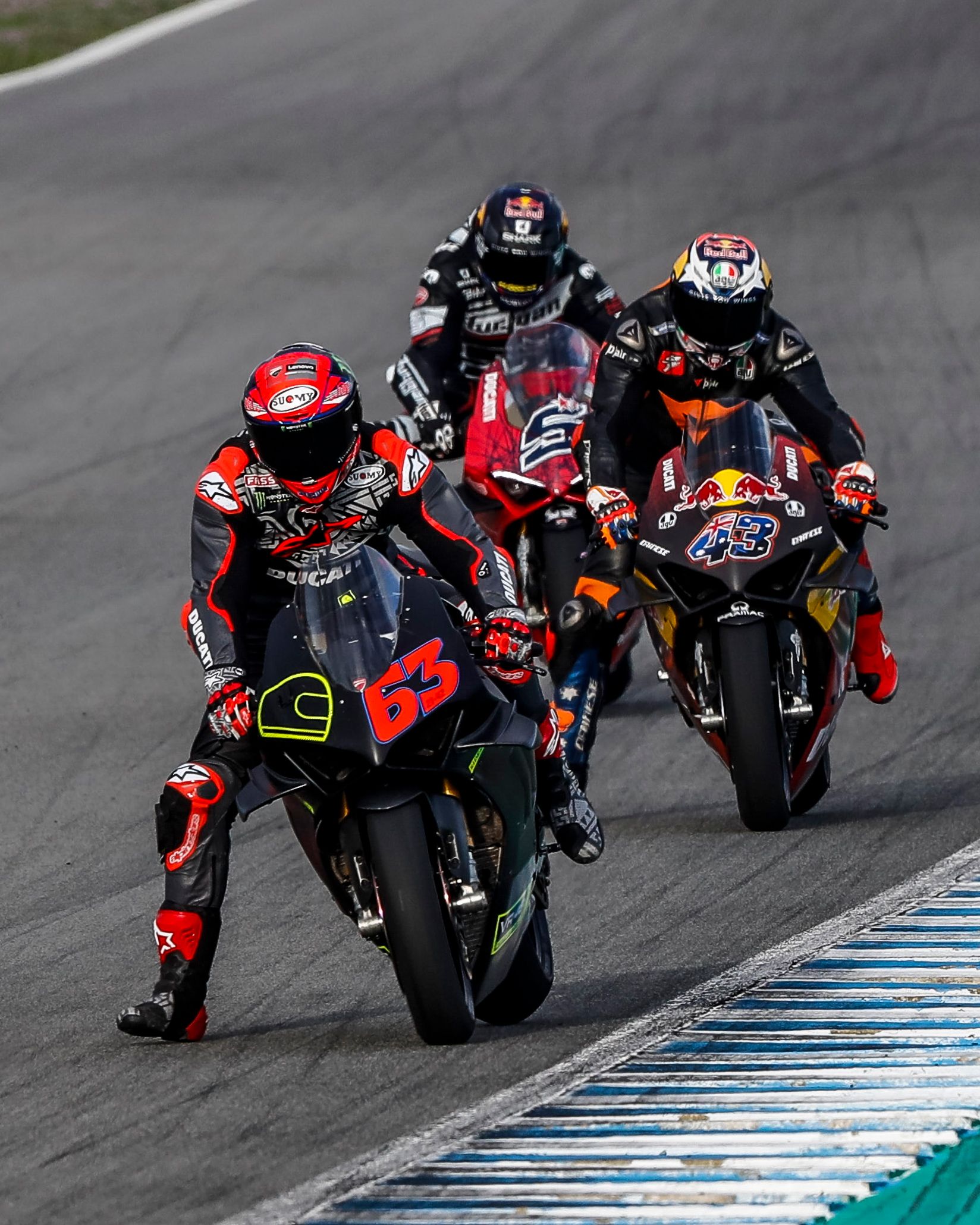