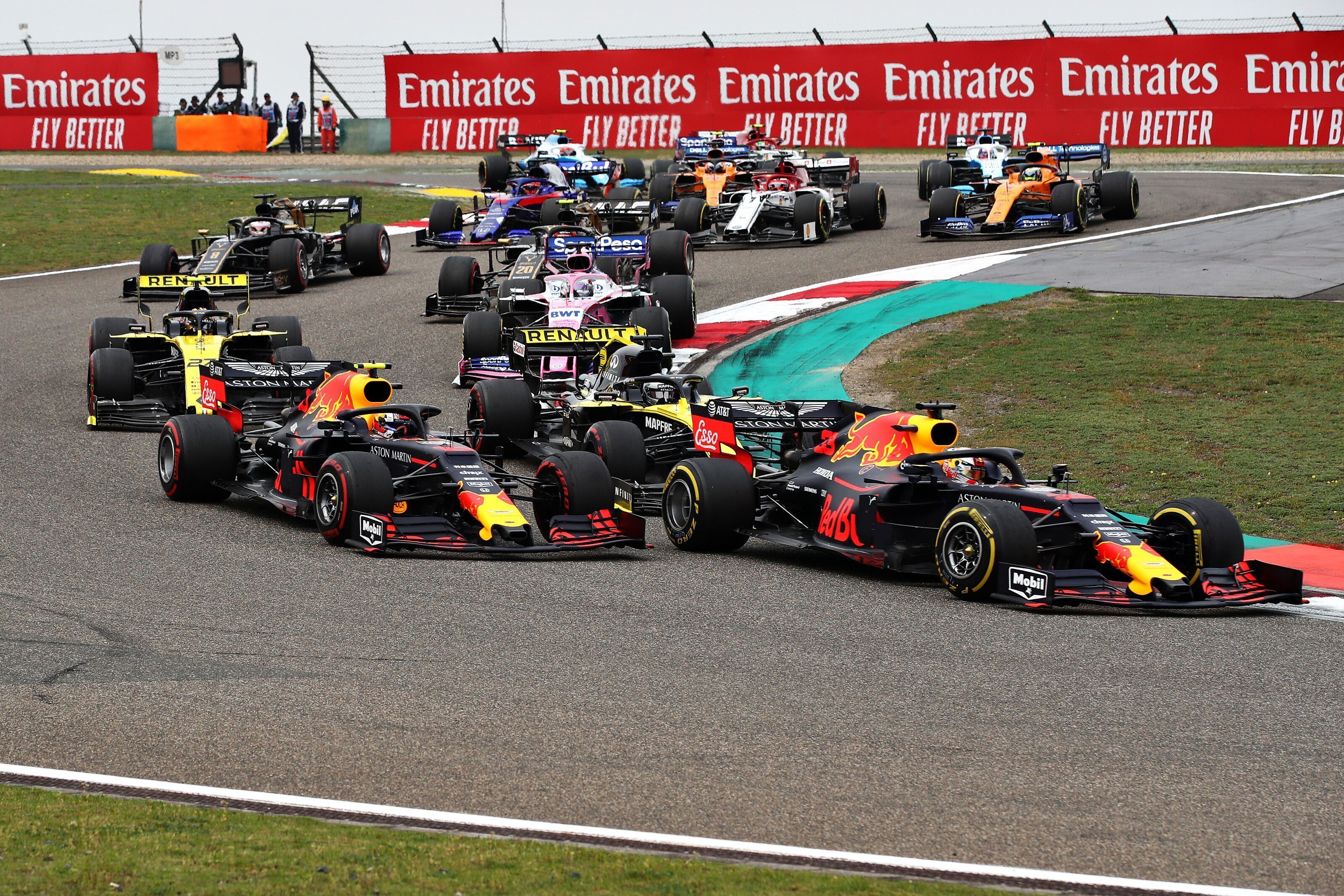 Following the Chinese GP where Verstappen eked out the best he could for Red Bull with a fourth place finish, the Dutchman visited Jumbo’s HQ for a press conference to speak about the ‘Jumbo Racing Day’ to be held at Circuit Zandvoort on May 18-19.

There, he was asked about his personal and also Honda’s progress so far in the 2019 F1 season. In addition, he was asked about the things he wanted to change in current F1 too – although it is not necessary that all his wishes will be granted in certain.

“The tyres,” he promptly started as per his website. “At the moment they are very sensitive and quickly overheat. Then you will slide more and it is hard to follow others. So it is hard to fight during a race.

“DRS helps to get closer, but in the end I do not want to depend on that. Also after a quick lap you have to slow down to be able to do another one. Because the tyres have to cool down and that takes way to long. It is the same during the race.

“You have to stay in a certain limit, otherwise the tires overheat. I would like to drive a lot faster. We also should be less dependent on the engines. At the moment there is too much of a difference between the engines.

“In the last couple of years the championship was mostly won by the team with the best engine. Generally you should keep that difference between the 20 or 30 horsepower. Regarding the aerodynamics, it does not have to go as fast for me.

“As long as we can race each other better. Or when you touch someone and something breaks off, that it will not cost half a second per lap. Now when you drive a little too fast over a kerb, half the bottom of your car breaks off and that is not what you want.

“Finally, the difference between the teams are too big. You have the three top teams: Mercedes, Ferrari and Red Bull. But the difference from the third to the fourth team is almost a second, the is a big difference.

“I think the races would be much prettier if we could bring that all a bit close together.” In his F1 career so far with Toro Rosso and Red Bull, Verstappen has mostly driven in cars with Renault power which is seemingly behind Mercedes and Ferrari.

There was just the one season where he ran with an older Ferrari power with Toro Rosso in 2015 but the switch to Red Bull that year meant, he was back on Renault power. With Honda coming in to join Red Bull, Verstappen feels more confident now.

One of the key reasons for that is the Japanese manufacturer’s sole focus being on the Red Bull teams, something which the outfit has been longing for some years now. “In general, we can be satisfied with this start,” he said.

“I think nobody can expect that we would be competing for the victory straight away, that is not realistic. Having a new partner takes time. So far, I am very happy with Honda. They have a clear goal, enough money and the right components. There is no limit.

“The engine is reliable and very few things break. That way we can take points that are very important for the whole season. Of course, engine power can always be better, but we knew that. They are working incredibly hard to improve. We cannot complain.

“But I enjoy working with the Japanese manufacturer. They are calm, but very motivated and focussed on what they have to do. They know their role in the team. When I have a problem, they will quickly fix it.

“They have test beds in Japan and a factory in Milton Keynes, where Red Bull is, it is great that they are so close by. When we find a problem on the Friday, they will try to find a solution directly on their test bed.

“Sometimes when you get in the car the next day, they have already changed some of the settings to fix it. But we cannot only focus on the engine, we also have to look at ourselves. We have to do a bit better concerning the car, try to find more downforce.

“And a more constant balance in general during the race. That is what we are incredibly busy with and hopefully we can develop quicker than Mercedes and Ferrari. At the moment we have to maximise what we have now and so far we have done an excellent job.”

Look ahead to Azerbaijan GP, check out the tyre selection