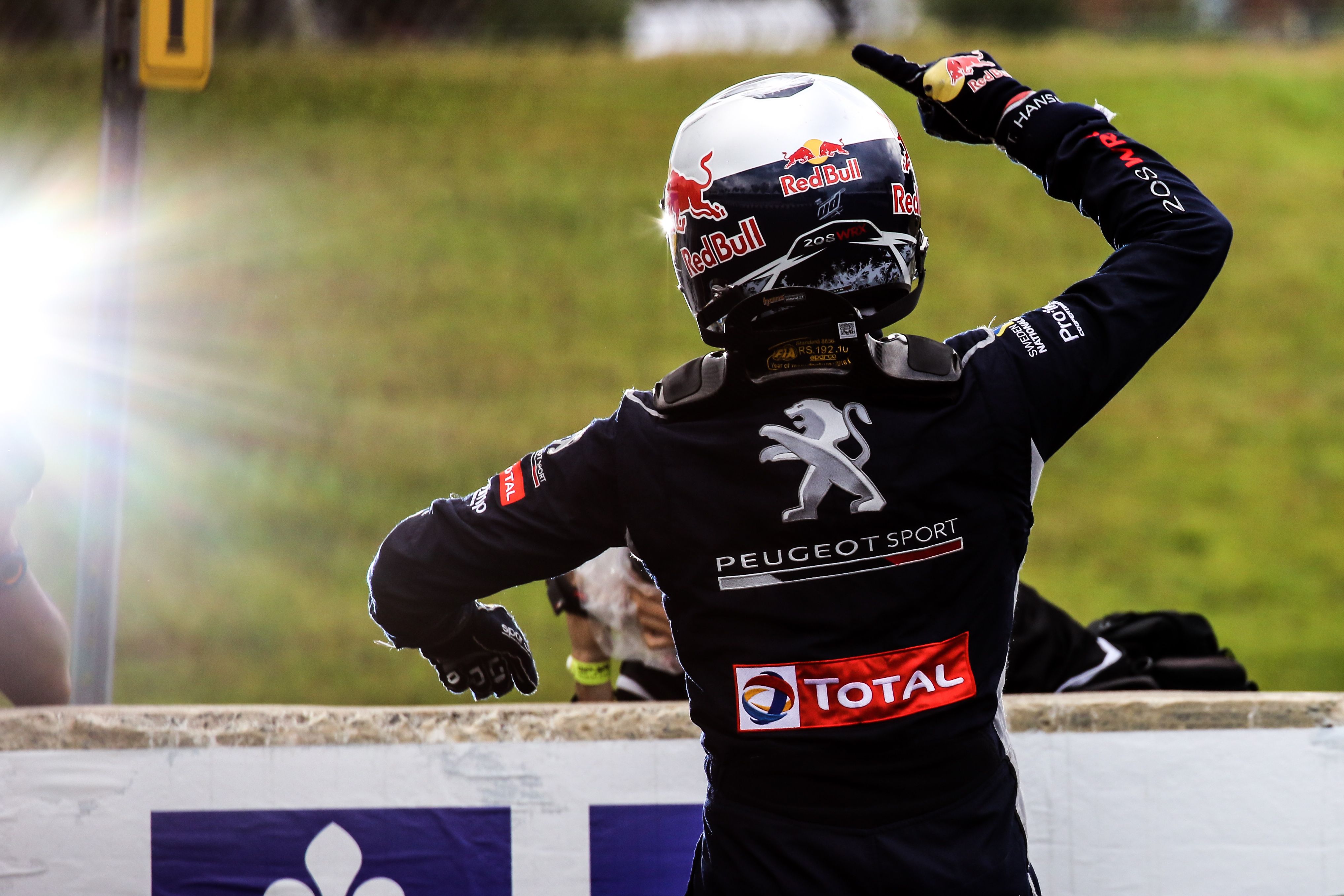 Sweden’s Timmy Hansen has won this weekend’s World RX of Canada, round seven of the FIA World Rallycross Championship presented by Monster Energy.  Hansen – who drives for Team Peugeot-Hansen – took an unexpected victory after he was promoted to the final when Russia’s Timur Timerzyanov was black flagged after an incident in the semi-final.  Andreas Bakkerud [Hoonigan Racing Division] and Johan Kristoffersson [Volkswagen RX Sweden] finished second and third respectively.

In the overall driver standings, Petter Solberg regained the championship lead.  The Norwegian driver was TQ [Top Qualifier] at the end of the four qualifying sessions, and took the maximum 16 points available. Solberg went on to win his semi-final but made a slow start to the after choosing dry weather tyres despite a shower of rain that saw four of his rivals switch to wet tyres. EKS driver Mattias Ekstrom slipped back to second in the standings, four points behind Solberg.  Ekstrom was fifth at the Intermediate Classification but retired from his semi-final due to a front-left puncture.

Canada RX winner Hansen couldn’t believe his luck: “I am so surprised to win – I wasn’t even supposed to be in the last six but after Timerzyanov’s black flag, I was told I needed to line up for the final,” explained 22-year-old Hansen, who broke his car’s front-right suspension during yesterday’s second qualifying session.

Hansen continued: “Moments before the final, it started to rain which was a blessing for us as the car worked perfectly in the wet. Opportunities like what happened today don’t come along very often and we made the most of everything.  It feels great to be sharing the podium with Andreas and Johan too, we always have good battles together.  Today has been like a dream but we need to keep working to improve the car and now we move forward to Loheac which we hope will be another good event for the team.”

Runner-up Bakkerud added: “Firstly, congratulations to Timmy on his victory.  The whole weekend has been crazy and today we saw non-stop action.  In fact, the final is a bit of a blur and I can’t even remember what happened right now!  I didn’t feel like I had the best pace over the weekend but I took opportunities when I had them and thankfully everything worked out really well for us. This is our third podium in a row and now I can’t wait for the rest of the season.”

Kristoffersson’s third place finish sees the Volkswagen RX Sweden driver on the podium for the first time this year and the Swede was relieved to be back in the top three. “We’ve been so close and finally our hard work has paid off and we are back on the podium – it feels really good to be back here.  Petter was outstanding in the semi-final and I felt like I couldn’t catch him but then the rain started and our car works so well in the rain.  The first two laps were really good for us and the car worked perfectly.”
EKS driver Topi Heikkinen was fourth overall and was awarded the Monster Energy Super Charge Award for beating the other finalists to the first corner in today’s final.  Heikkinen explained: “There were some small rain showers immediately prior to the final. Petter and I were the only guys on slicks – it was the right decision. My start was perfect, but we were not fast enough in the wet.”

Solberg was fifth overall, with Volkswagen RX Sweden’s Anton Marklund sixth in his VW Polo RX Supercar. Marklund hit a wall on the first lap of today’s final and damaged a rear tyre.

Following his disqualification from today’s final, Timerzyanov finished the event in seventh place.  The World RX Team Austria driver was placed second at the Intermediate Classification having demonstrated excellent pace in his Fiesta RX Supercar throughout the weekend. Ekstrom finished eighth, with nine-time WRC Champion Sebastien Loeb ninth.  Rounding out the top 10 was America’s Ken Block – the driver having broken his car’s suspension on the final lap of his semi-final.

Ekstrom commented: “Although the end wasn’t as expected, I’m quite happy with the weekend. We have been in the top three whenever we had fresh air and our starts were absolutely insane. But, with the two punctures, there is also a stale aftertaste. I lost the lead in the drivers’ standings to Petter and went from being the hunted to the hunter. In France, we will strike back.”

In the standalone RX Lites Intercontinental Cup, it was America’s Mitchel DeJong who triumphed in the one-make support category. The 18-year-old took two qualifying wins to sit as Top Qualifier.  A spin in his semi-final saw DeJong start on the back row of today’s final but he recovered in the last race to take a well-deserved victory.  UAE driver Saeed Bintouq finished runner-up after a strong performance in what is only his first season in an RX Lites car. Sweden’s Oliver Eriksson rounded out the top three.

World RX Managing Director for IMG, Paul Bellamy, concluded: “This has been our third year in Canada and I’m delighted to announce that this weekend we’ve had our biggest crowd at this event to date. It’s always great to be part of a wider motorsport festival which attracts such passionate fans. We’ve had glorious weather all weekend and minutes before the final, the heavens opened and made for some nail-biting action out on track.  Nobody could have predicted today’s winner but Timmy’s pace, clean driving and Joker Lap strategy saw him finish the race on top. Congratulations also to Andreas and Johan for their podium results. I’d also like to say commiserations to both Petter and Timur – both drivers showed fantastic pace throughout the weekend.”

The FIA World Rallycross Championship will now return to European soil for the eighth round of the season which will take place in Loheac, France (3-4 September). 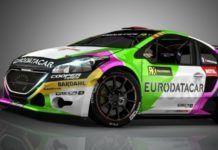