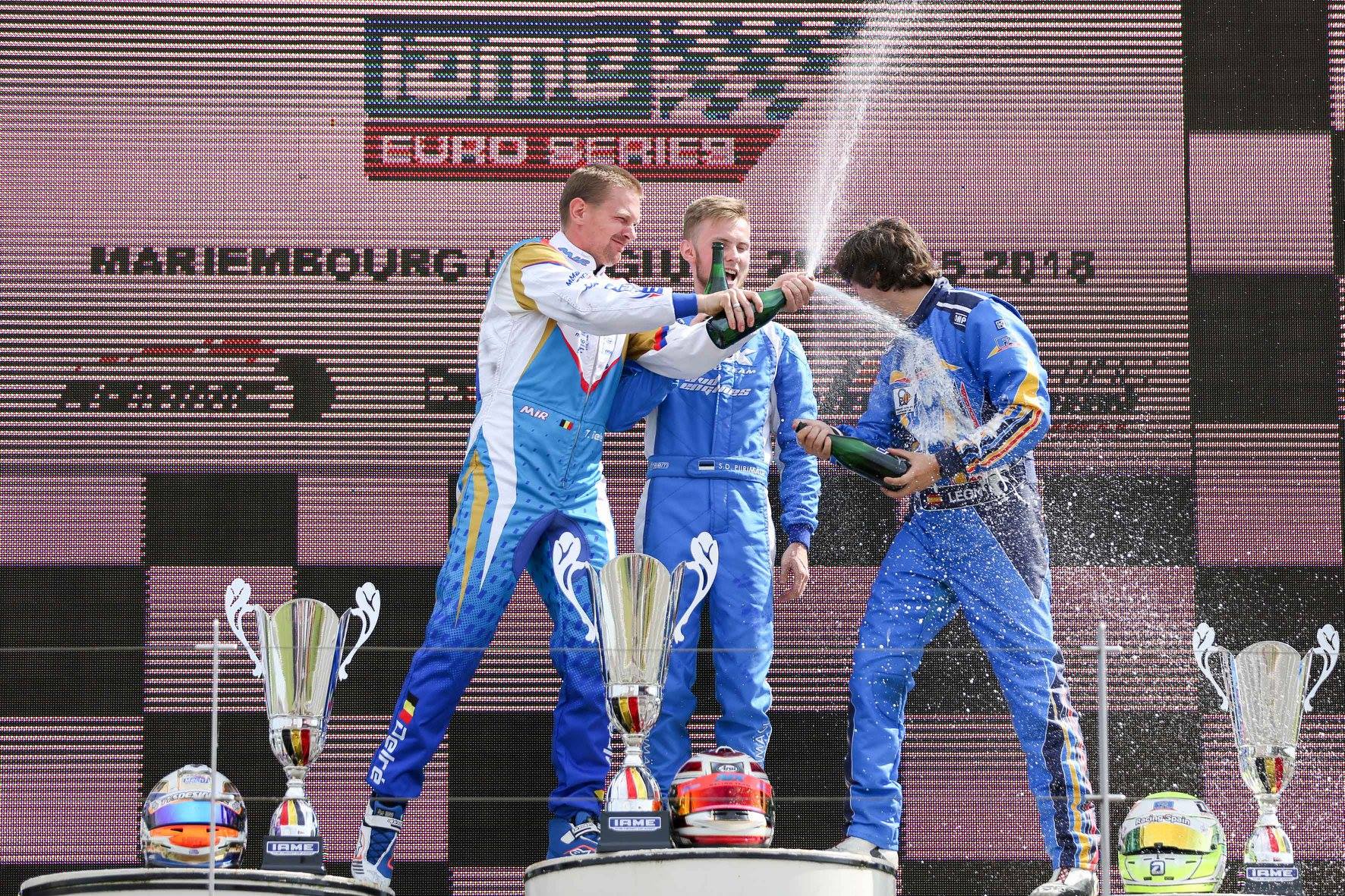 The controversy was involved in the final IAME X30 Super Shifter which was held in Castelleto (ITA) due to a collision among the two title contenders: Thierry Delré and Sten Piirimagi. Finally, Belgium driver achieved the championship and Nicolas Rohbasser won the race, followed by Ludi and Carlos León.

Thierry Delré (Delré Racing / Mach1 Motorsport) and Sten Piirimagi (Eurokarting) arrived at the last round with option to conquer the title. Delré was in first position in the standings.

When the race started, León overtook Rohbasser and got the leadership of the race. Behind them, Delré passed Piirimagi and got the third position. Immediately after, championship’s leader became leader after overtaking Rohbasser and León.

Some laps later, Piirimagi collides with Rohbasser and the Swiss lost three positions. Immediately after, he could pass Kaspar Korjus (Aix Racing Team) to climb until the fourth position.

In front of the race, Piirimagi achieved overtaking León. But the Estonian still had to pass Delré in order to win the championship. Both drivers collided in their battle for the victory and, also, for the championship and consequently both had to retire. By this way, the championship was for Delré.

Carlos León got the leadership, but quickly Rohbasser beat him after overtaking Kevin Ludi (Spirit Racing).

The last battle was among León and Ludi for the second place. Ludi achieved finished ahead of the Spaniard and Kaspar Korjus ended 4th, followed by Michael Biffiger (Spirit Racing).

Behind Delré and Piirimagi, Carlos León finished 3rd in the championship’s standings in his first year in this category.