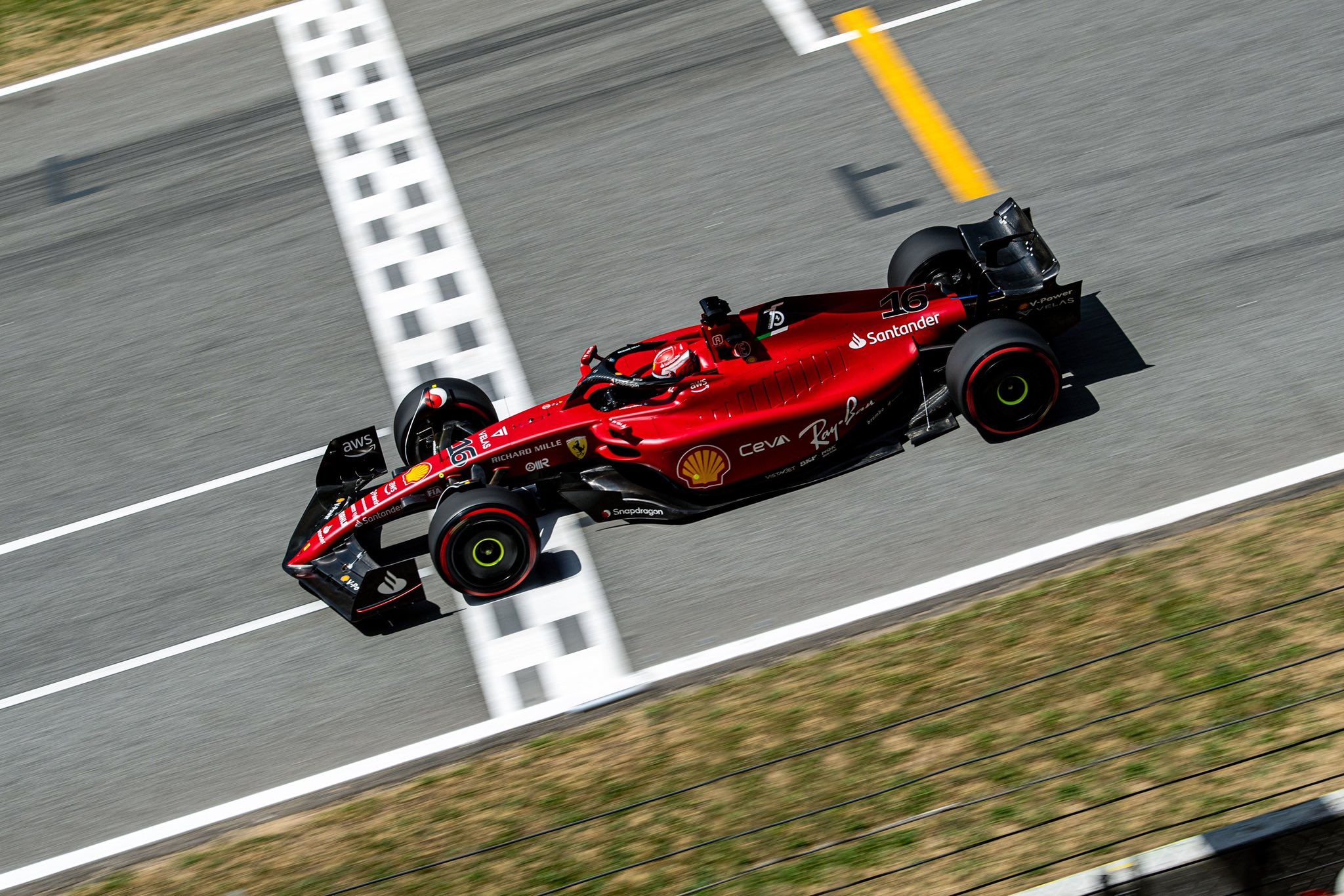 Ferrari’s Charles Leclerc stayed on top in FP2 of F1 Spanish GP with Mercedes duo of George Russell and Lewis Hamilton doing a better job in second and third.

Much like how FP1 was, the FP2 session in F1 Spanish GP was sedate as well with Ferrari’s Leclerc leading the standings after setting a 1m19.670s lap. He led the two Mercedes duo in a surprise finish with Russell (1m19.787s) second and Hamilton (1m19.874s) third.

The Mexican had his first chance this weekend after Juri Vips got his chance in FP1. After a difficult first part Aston Martin’s Sebastian Vettel (1m20.703s) was eighth from Alpine’s Esteban Ocon (1m20.745s) and Haas’ Mick Schumacher (1m20.757s) in the Top 10.

The Finn though couldn’t see-through the season due to engine issue as he stopped on track causing a Virtual Safety Car. He was ahead of his teammate Guanyu Zhou as he led Williams pair of Alexander Albon and Nicholas Latifi.

The Thai racer is under investigation for impeding Sainz earlier in the session. The standings was rounded out by McLaren’s Lando Norris whose off moment damaged his floor and for that he couldn’t do more than three laps in the session.