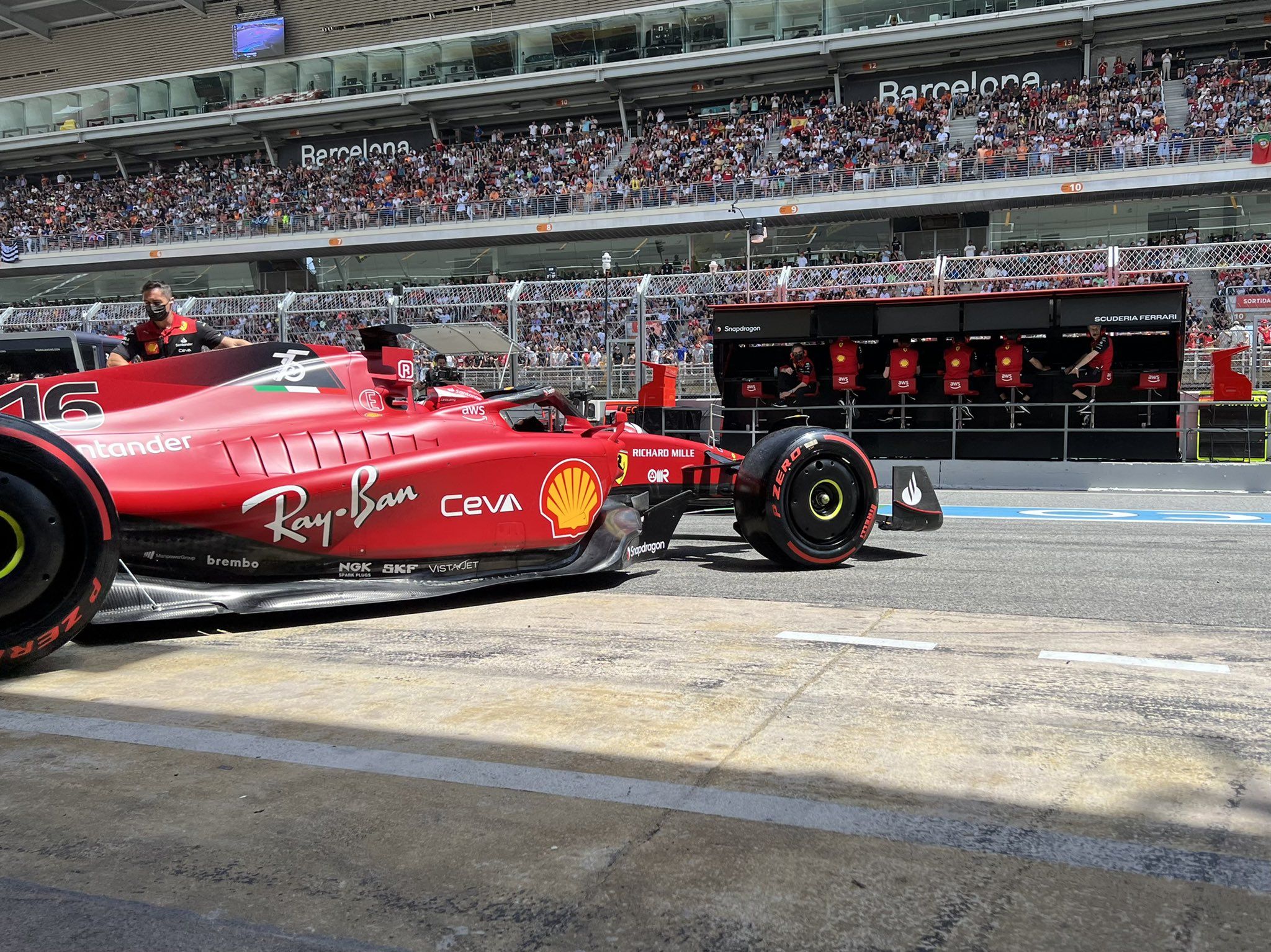 Ferrari led the way in FP1 of F1 Spanish GP with Charles Leclerc ahead of Carlos Sainz, whereas Red Bull’s Max Verstappen slotted in third.

After the trip to Miami, the F1 circus returned to Europe with the Spanish GP where a lot of teams brought certain updates with Aston Martin having a ‘second car’ which looked very similar to the Red Bull especially the sleak sidepod area.

It was a relatively smooth session with couple of impeding charges, both of which will be looked after the session. The first one was between Mercedes’ Lewis Hamilton and Alpine’s Fernando Alonso, with the second one between a Red Bull and Mercedes’ George Russell.

Mercedes’ Russell (1m20.590s) was fourth with Alpine’s Alonso (1m20.768s) in between the two Mercedes cars where Hamilton (1m20.811s) was sixth. The FIA document confirmed that both the Mercedes drivers took a new ICE, TC, MGU-H and MGU-K.

Alpine’s Esteban Ocon was 11th from Aston Martin’s Lance Stroll, with Alfa Romeo’s Robert Kubica in 13th who filled in for Guanyu Zhou in FP1. The Chinese racer took a new MGU-K alongside the two Mercedes drivers. The Haas pair followed in 14th and 15th.

Kevin Magnussen was ahead of Mick Schumacher with Aston Martin’s Sebastian Vettel – with a new ES – slotted in 16th from Alfa Romeo’s Valtteri Bottas. The first of the young drivers to fulfill the mandated session was Nyck de Vries for Williams in 18th.

Our first session of the weekend is done!#SpanishGP #F1 pic.twitter.com/u1PFphtLQ1