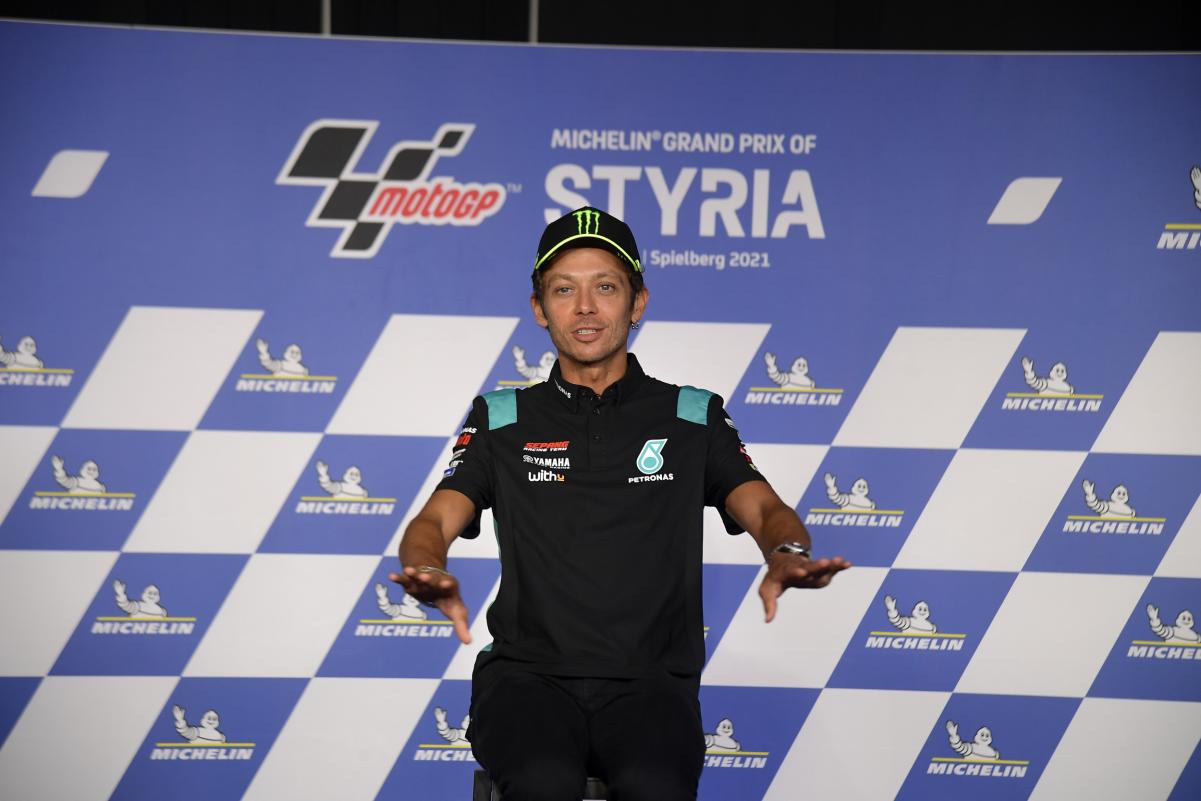 Valentino Rossi opened up on multiple topics while announcing his MotoGP retirement, as he talked about his fans, championships, fights and more.

Having announced his MotoGP retirement, Rossi took time out to answer and discuss things regarding his career and future, while also thanking his fans, in a special press conference. He looks back at the time with various outfits and his championship wins.

Additionally, he discussed on fights with other MotoGP riders plus also the decision to retire and future plans, where he is not to compete for his own VR46 outfit. The idea is to race in cars – what category remains unknown. He has experience in GT racing, though.

Rossi: “Sincerely, two years ago and maybe also last year I was not ready to stop with MotoGP. Because I have to understand, I have to try everything. But now I am OK with my decision. I am quiet. I’m not happy for sure. But anyway, even if I make another year, next year I’d be not happy in the same moment because I’d want to race for another 20 years! So I think this is the right moment. In 2018 I did a great season. I finished third in the championship. I didn’t win a race but I did a lot of points and in the last two races I can also win but did some mistakes. But I was at a high level.

“In 2019 I started well but after something changed. But what sincerely I don’t know. Also last year I was quite strong at the beginning of the season. I did one podium. I finished fourth-fifth. But later, at the end of the season, I was more in trouble to stay with the top guys. I think anyway the level is very high and the new young riders are always stronger and now all the riders train a lot, they are athletes, they always work hard. So some different things. I don’t know precisely why I’ve struggled.

“I really did decide to retire during the summer break, because I wanted to continue when I started the championship. I think that, okay maybe I cannot win, but I can be more competitive. But I needed to understand if I was fast enough. Unfortunately, during the season our results were less than what we expected. So race by race I started to think of retiring. Anyway, we still have another half of the season where I will try to be stronger and try to give my best, but I think it’s the right choice to stop now.”

Rossi: “Regrets about choices? sincerely I don’t have. For example, racing with Ducati was very difficult for me because we don’t win. But anyway it was a great challenge. An Italian rider, Italian bike. If we were able to win it would have been historic. I am a little bit sad not to win the tenth championship, especially because I think I deserve, for my level and my speed. I lost two times in the last race. So I think I deserve ten.

“But anyway it’s like this. I can’t complain about the results of my career. I had a very long career. Fortunately, I won a lot of races with some moments, some victories that are unforgettable. It was a pure joy. After 10 days I’d still be laughing to myself.”

Rossi: “I want to say there are three championships that are the most important in my career. In 2001 when I won the last 500 championship. 2004 when I won the first year with Yamaha. And also 2008, because already in 2008, I was ‘old and finished’ because after five championships in a row, I’d lost for two years. So usually in a normal career it’s over. But changing to Bridgestone tyres I was able to come back to the top and fight with Lorenzo, Stoner and Pedrosa and win another two championships. I think these are the most important moments of my career.”

Own team offer but why not:

Rossi: “It was me talking with me, so the salary was good anyway/ I had an official offer. So sincerely I thought deeply to continue because I’d like to race in my own team, to have my bikes in Tavullia with the reparto corse there. We have a great Moto2 and Moto3 team with a lot of people I know for a long time. For example some mechanics that worked with me with the 250 in 1998 and 1999. So it’s very fascinating to race with my team.

“But at the end I decide not to do it, for some different reasons for example I’d have to change bikes from Yamaha to Ducati. I think it’s a good project if you have two or three years. But if you think you have just one more season, maybe have more risk than the good things. So because of this I decide to retire.”

Difference between him and other MotoGP greats, fan following:

Rossi: “The difference between me and all the other great riders in MotoGP history is this. Because, sincerely I don’t know why, but for some reason I was able to bring a lot of people close to motorcycle racing. I did something in my early career that switched on the emotion of the normal people. I’m proud of this. It’s something really special. Especially in Italy, a lot of people followed motorcycle racing to follow me. It’s a little bit like what happened with Alberto Tomba in Skiing.

“I think this is the most important thing I did in my career together with the results. I don’t know why, sincerely! But I think that I entertained a lot of people on Sunday afternoon. For 1 or 2 hours when they don’t have to think about anything and just enjoy to follow my races. I think this is the best thing. I have to say to my fans that I always gave everything. For a long, long time. Because it’s more than 25 years.

“I always tried my maximum to stay in the game, to stay at the top. It’s been a long trip together. I think a lot of my fans were maybe born when I was on the track and now arrive at this moment! It was great because I have incredible support from all the fans in all the world. Now the results are not fantastic, but people are still very excited to see me. Some cry and for me it’s always a surprise. I say ‘don’t cry, why are you crying?!’ I think this is the biggest emotion.”

Rossi: “It’s not good if I say ‘yes, I am like Michael Jordan!’ But the feeling is great. The people recognise me everywhere, also in the most particular places in the world. When you go in Thailand and you see the 46 on the scooter. It’s something special. I think I will miss a lot life of an athlete. To wake up every morning and train with the target to try to win. I like a lot this life. But number one, I will miss riding the MotoGP bike. Because when you are on the track with the MotoGP bike it’s a great emotion.

“Second, also to work with my team, trying to fix all the small details to be stronger. After that I will miss a lot also the feeling of Sunday morning, the two hours before the race. It’s something where you don’t feel comfortable, because you are scared, but it’s an emotion because you know the race starts at 2 O’clock. I think these things will be hard to fix.”

Here’s the announcement from Valentino Rossi