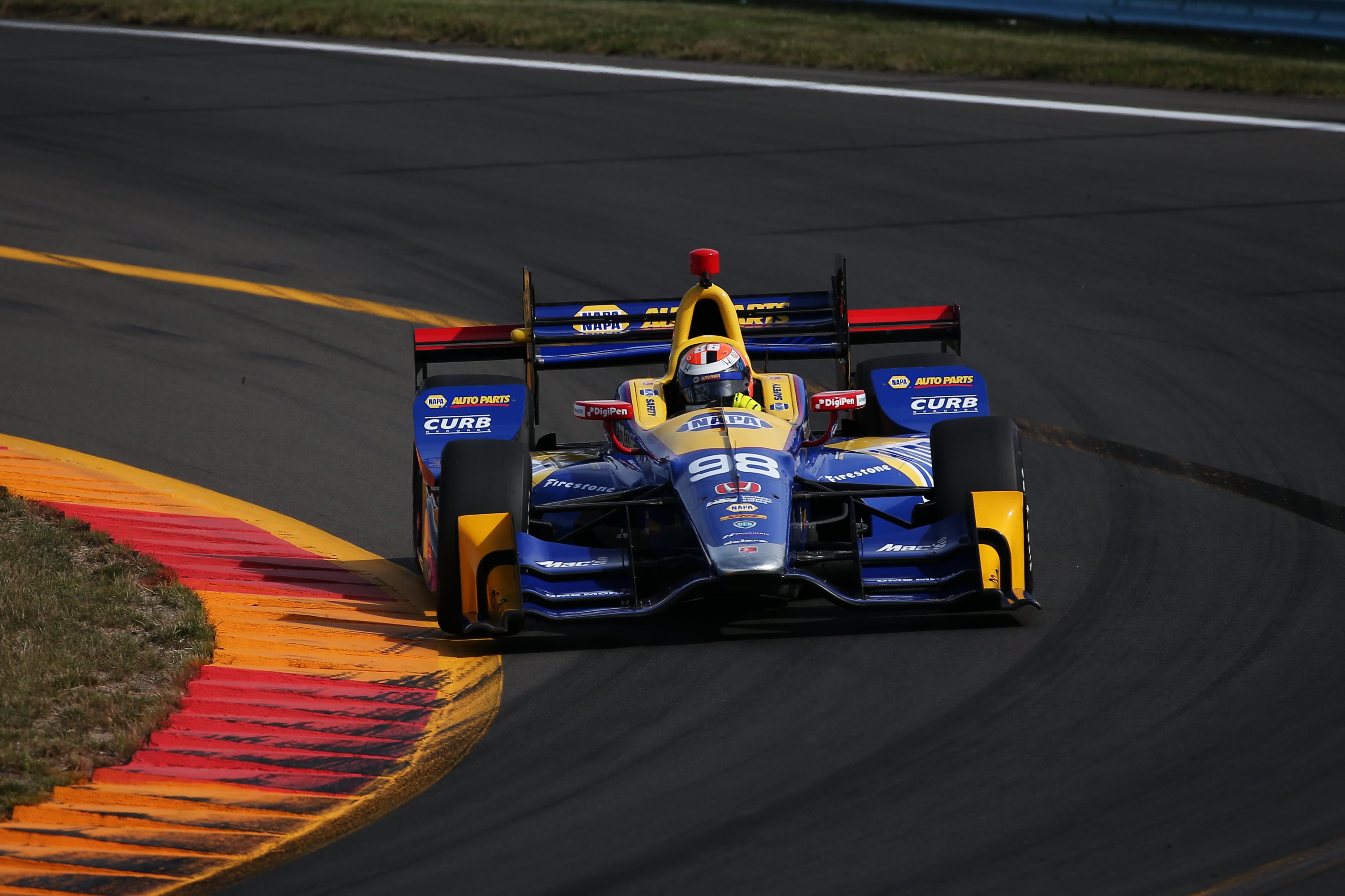 Session was held in optimal conditions and, in a group 1 that qualified with no incident, there was also no surprise on the results. Alex Rossi (1:23.0804), championship leader Josef Newgarden, Hélio Castroneves, Takuma Sato, Charlie Kimball and Will Power made it to Q2 while Spencer Pigot (13th), Ed Jones (15th), Tony Kanaan (17th), probably the most unexpected result; and Max Chilton (19th), were eliminated.

In Q2 or Fast 12 one of the biggest surprises of the day happened as two Penske cars were eliminated. One of them was Pagenaud, who qualified 12th; and Power, usually the best qualifier on the grid, who couldn’t be better than 8th. Hunter-Reay (7th), Bourdais (9th), Rahal (10th) and Muñoz (11th) were the other eliminated drivers. With a 1:22.4171, Dixon was the fastest again.

On last round, it seemed that Dixon would be the one on Pole, only one ten-thousandth of a second ahead of Newgarden, but a superb last lap by Rossi made him win his first Pole position in IndyCar. Dixon and Newgarden have finally finished 2nd and 3rd respectively. Sato has been 4th with Kimball 5th and Castroneves 6th.

IndyCar GP at the Glen will start tomorrow at 1:30 PM local time.