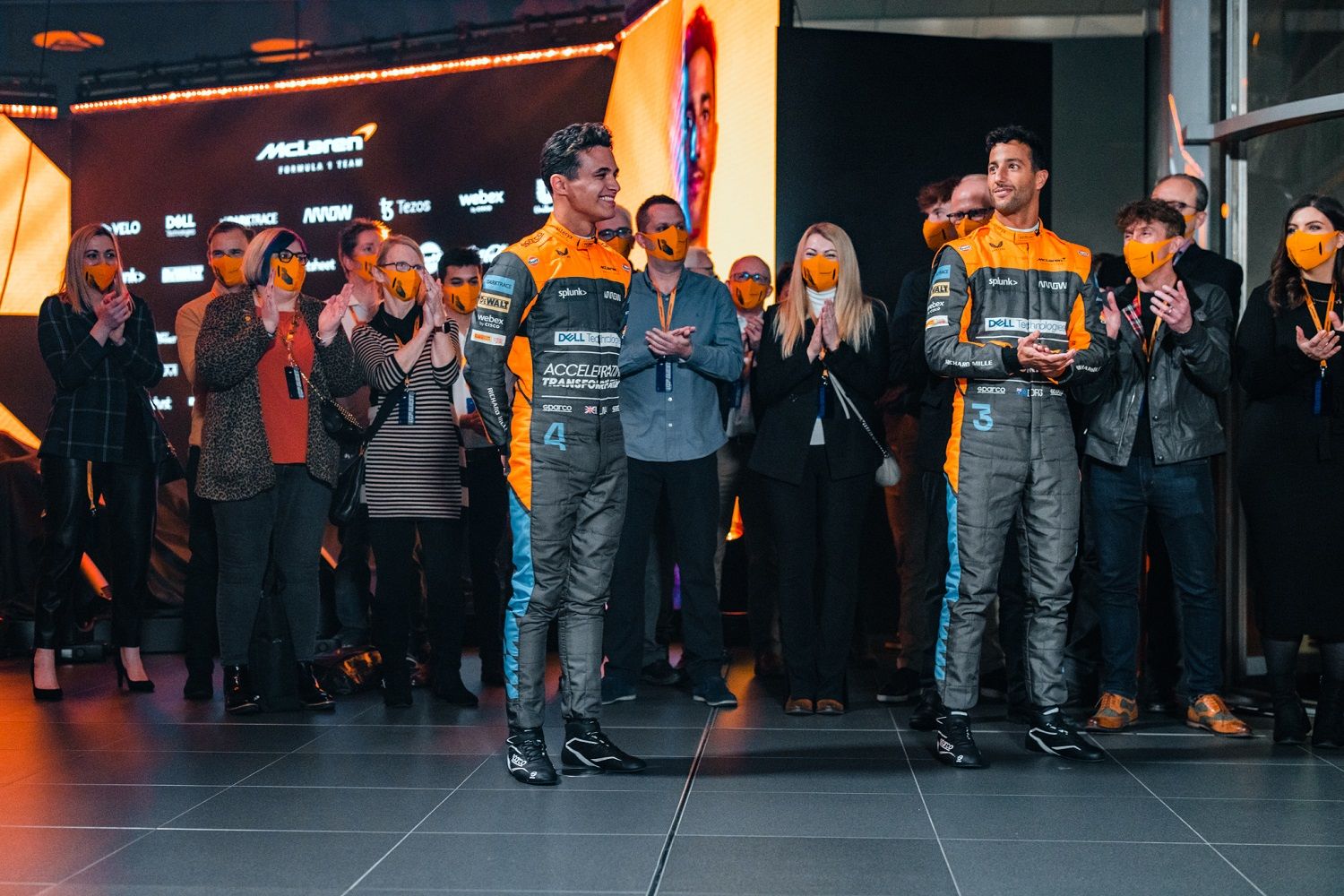 Daniel Ricciardo is not concerned about the long-term deal for Lando Norris and is realistic about his chances, while team adds on clause.

While Norris secured a long-term deal to remain with McLaren until the 2025 season, Ricciardo has one intact until 2023 as he and Andreas Seidl revealed. In fact, the Australian noted that he potentially has the clause to extend too if the two agree.

For now, Ricciardo has no worries about his future. He lauds both Norris and McLaren for the new deal especially from the business point of view. “No, I mean, definitely no concern,” he said to written media. “I mean, if I put my team hat on, or my business hat, I think it’s a good move. It’s a good move for McLaren to retain Lando for longer.

“Not only did he have a really strong year last year, and to be honest since he got into Formula 1 he’s done very well. Performance aside, he also really loves the team and feels at home with the team. So I think it’s a very good fit for him and them long term. So, there’s kind of win-win from both side. From my side, I am happy, I have a another couple on the contract and potentially a bit more after that.

“I’m 10 years older than Lando, so to sign a five-something year deal from now… I don’t really know what five years brings me. The next at least two if not more, I am very comfortable and also very happy to be here in papaya, and moments like Monza, of course it was just one race where we got the victory, but moments like that make me want to succeed with this team,” summed up Ricciardo.

Pushing on to know more about his future and what he does beyond the current deal, Ricciardo was all smiles while noting that he hasn’t even thought about it thus far. The Australian reckoned, it will all depend on he feels at that moment.

Ricciardo added that he is not desperate about deals being at the latter stage of his career. “I don’t know really, I guess I’m again, like I’m probably at that point now in my career where I’m not desperate to lock down a five year contract or something,” he said. “It’s more just really assessing, assessing me.

“Probably first and foremost, where I kind of feel I’m sitting and like I guess to answer, it’s hard to kind of predict to long term now, kind of where I’ll, I think just, where I want to be with it. So there’s two, let’s say, like to call it guaranteed two years and then there’s an option to extend with the team.

“So that’s, maybe it’s something we’ll kind of look into, maybe the second half of this year to start, let’s say, considering where we kind of both sit on it. But you’re the first guy that’s really asked me where I think I’ll be kind of beyond that, so I don’t really know,” summed up Ricciardo, as Seidl echoed much of the Australian’s sentiments.

As Ricciardo revealed about a potential route to extend his deal beyond 2023, on Norris’ side, there is little for him to abandon his new contract before time. While the Brit stated that contracts do have things, but he is looking at long-term commitment.

Seidl, meanwhile, put it on record that the contract doesn’t have ‘get-outs’ clause on both sides. “The beauty of this new agreement that we have in place is that there’s no get-outs on both sides which is simply this important message that we wanted to give to the team as well,” he said to written media.

“Because that shows that we are in this together and there is strong belief on both sides: From our side in the talent Lando is, but at the same time from Lando’s side in believing that we can actually get there these next four years.”

On Norris side, he added: “Of course, in every contract there’s various things. But in terms of my one, for the next four years, there’s a heavy commitment from my side to just commit to doing what I want to do and achieving stuff with the team.

“In doing so especially coming into this year, the thing a lot of people would think is to just stay with my previous contract, which would have ended next year or the end of the next year or whatever – when we’re so early in this new era of cars and the new regulations and so on.

“Of course I knew there was an opportunity for other teams to make big steps forward, and maybe we go backward. But I don’t think that’s something I need be worried about. I’m confident in the team. And whatever happens this year doesn’t mean we might be struggling for the next 5-10 years, right?

“I have belief that even if we have a tougher year this year – which I don’t think we will, I’m confident we won’t – the next two years and three years and when we get the windtunnel up and running, then we can make that progress we need and I’m confident we can be back towards the front even more so than what I’m hoping we can do this year.

“So of course there’s things here and there, like there is in every single person’s contract. But in terms of my commitment, it’s very high. So, I’m confident I’ll be here for the next four years,” summed up Norris.