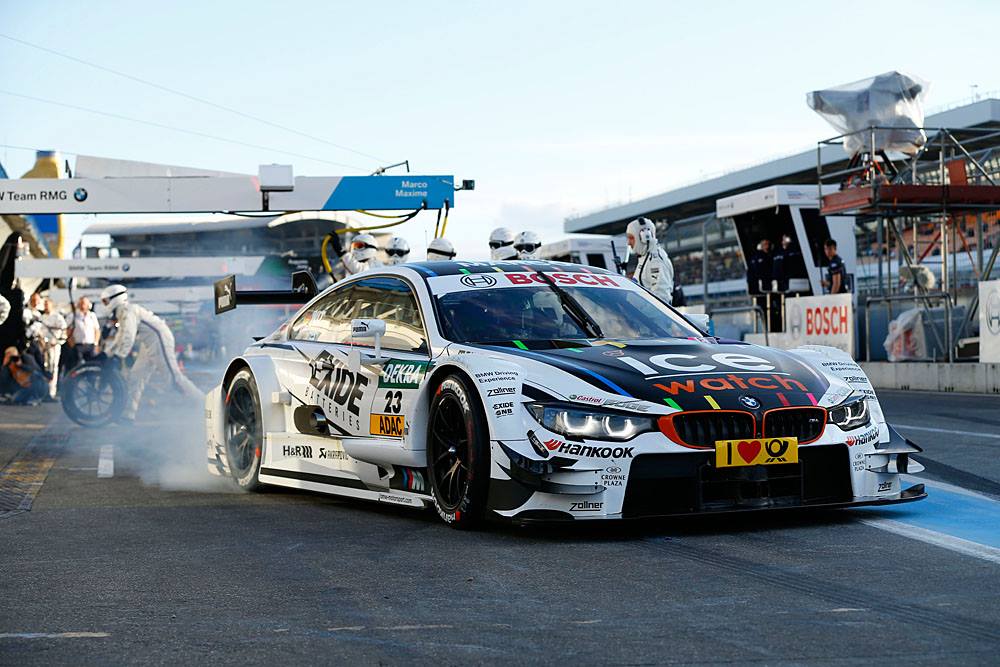 FORMULARAPIDA.NET gives you a little analysis which has given himself a great season DTM of the hand by Iván Ruiz, this of 2014 is around 10 circuits, many kilometers, a lot of tension and a lot of touches, but this is the DTM.

Wittmann, the man of the season.

Marco Wittman has signed a brigh seasont with great regularity, with very few dropouts and very good results, which has allowed him to raise with the championship this year and with this success come together with the record to be the youngest world champion in DTM history.He and his BMW have paid in a stratospheric way and have collected what they sowed.

The world championship was more alive than drivers who sentenced  in Lausitzring by Wittmann, emotion came to the last race where the title would decide in favor of BMW, with the victories of Wittmann and Martin, or favor of Audi, which despite having only one victory, the pilots were very regular. Finally the second victory in the last round of Ekström championship, guaranteeing him a place in the first four rings brand.

Ekström and the others.

Behind Wittmann was even more similar. Swedish Audi driver Mattias Ekström reached in the final round of the championship the subchampionship in a race where four drivers were fighting for archive that place.Ekström was the few who could overshadow Wittmann but he doesn’t scored any point in three races that was a burden.

The Spanish Miguel Molina and Dani Juncadella, Audi’s and Mercedes’ drivers  respectively, have played a discreet paper in this world and finishing seventeenth and eighteenth site. Miguel got three poles of which the first two being annulled by the irregularities in his car and in the third he could not put in a good race to start taking advantage of his position.On the other hand, Dani continues accustomed to in his second DTM season giving some other flash of quality.

The rookies this year have been some tough opponents, especially Martinand Wehrlein, both have garnered their first wins in this category and have done very well. But not everything has been successful because the shadow of the rookies have been Petrov, who after landing in the DTM with a passport former pilot F1, has not even reached a point in all the season.Moreover Nico Mueller has scored with the Audi he was adapting to the car, but neither he doesn’t bright much like Da Costa.

Black year in Mercedes although F1 they were the fastest ones,in DTM this year was not the fastest car. Yet they have managed three victories this year but they aren’t good news because they have been third in the championship with difference between the second because of their irregularity.

One of the biggest “losers” of this season has been Paffet, second from bottom with five points, involved in accidents on the track and with a Mercedes that did not give the size.Another driver with a similar role has been Di Resta, after passing in F1,he returned to DTM but it cost him to fit but he finally got three fourth places.Moreover Spengler, Tomczyk and Scheider have achieved podiums and have remained half board.Finally the champions who have been most successful were Ekström and Rockenfeller have been second and third in the drivers’ championship.

10 races in which are very short but they are apasionants and already looking forward to the start of the 2015 season but we need to wait a little.