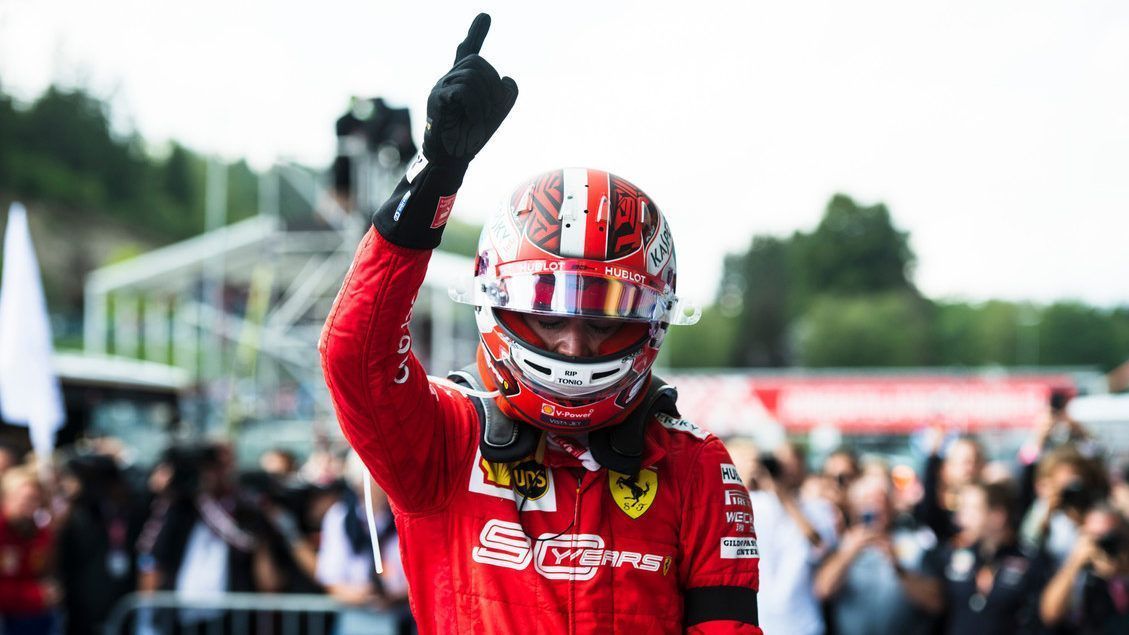 Ferrari’s Charles Leclerc and Toro Rosso’s Pierre Gasly were filled with emotions after the F1 Belgian GP recalling their memories of Anthoine Hubert.

The sudden death of Hubert in the feature F2 race crash at Spa-Francorchamps left a big hole in the minds of many drivers and teams as they put aside that element and pulled themselves up to race on track.

Among the F1 drivers, he raced against many in junior levels but was closest to Leclerc, Gasly and Mercedes’ Esteban Ocon as the former two recalled the time of 2005 at French Cup karting series.

In fact, an old blog from Gasly had the photo of the four together – one of the rare memory which now will be inked on their minds for the rest of their life. Ocon would have had similar thoughts as well.

With Leclerc his first F1 grand prix, the Monegasque straightaway dedicated it to Hubert as stories around Gasly wishing Leclerc pre-race to win the Belgian GP for Hubert filled in.

“It very difficult to enjoy this first win with the situation we have had, but overall it is just a dream come true,” said Leclerc. “Since I was a child I’ve been looking up to F1, dreaming to be first a F1 driver, which happened last year, and then driving for Ferrari this year and then the first win.

“It’s a good day but on the other hand, as I said, losing Anthoine brings me back to 2005, my first ever French championship. There was him, Esteban, Pierre, myself and we were four kids that were dreaming of F1.

“We’ve grown up together in karting for many, many years and to lose him yesterday was a big shock for me but obviously for everyone of motorsport. It was a very sad day and, as I said, very difficult to enjoy it fully, but hopefully in two or three weeks I will realise what happened.”

Gasly, meanwhile, finished ninth to score points on his return with Toro Rosso. The Frenchman was quite emotional as well recalling those days. “I must say, it was really difficult because it was of course in my mind until going in the car and putting the helmet, I just can’t believe it,” he said to F1 series media.

“I have grown up with this guy, we have raced in karting with Charles, Anthoine as we started in 2005. Then we lived in the same flat for five years, we went to same school and same classroom, private lesson with the Federation, I have just known this guy for so long and we shared so many moments, on-track and off-track especially, honestly I still can’t believe it.

“I just need to go back home and make some time for me and I made plans already to see my friends and all his friends back at home, re-uniting all together and just look back at the great times with him.”

Almost every F1 driver was hit hard despite Hubert not racing in F2. Renault’s Daniel Ricciardo went on to state that it was hard for him to race even and added that there was similar thoughts throughout the paddock.

On the F1 side, Hubert’s sad demise is first since the tragic incident with Jules Bianchi. The safety standards of the FIA has increased tremendously but incidents like these sends a big message that racing remains a dangerous sport.

Speaking on racing with a heavy heart and going past the same corner where the incident took place, Leclerc added: For me it was definitely the first situation like that where we lose someone on track – a track that you need to race the day after.

“So, it’s obviously quite challenge to then close the visor and go through this exact same corner at the exact same speed you do the day before – but that’s what you need to do at the end.”

Mercedes’ Lewis Hamilton said: “You just compartmentalise it and you move forwards. Get in and do your job. From a racers point of view and an athlete’s point of view you switch into a zone.

“It’s quite easy to switch into that zone.” And, Valtteri Bottas said: “When you put the helmet on, there’s not much in your mind than really concentrating on the thing you do. The thing you love to do: driving.

“And focussing on that. For sure before and after it’s on the mind and always in the back of your mind but when you go to the zone, there’s nothing, no distractions.”