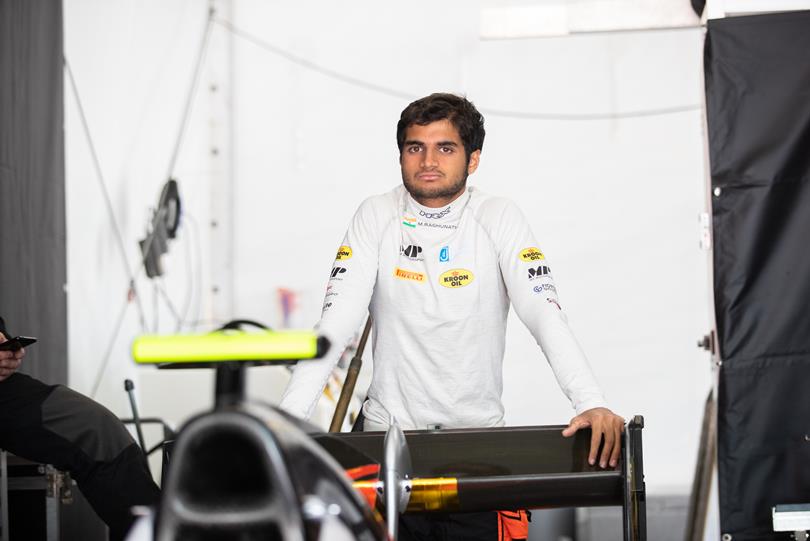 Raghunathan has served his one-event suspension at Red Bull Ring from the FIA after accumulating 12 penalty points on his superlicense at the Paul Ricard event for a triple Virtual Safety Car (VSC) infringement.

He was replaced by new Red Bull junior Patricio O’Ward for the Austrian round but with the Mexican now off to Super Formula in Japan as a replacement to Dan Ticktum at Team Mugen Honda, Raghunathan will return to his F2 seat this weekend at Silverstone.

The rookie re-joins Jordan King at MP Motorsport and continue with his learning curve in the championship. With Arjun Maini racing for Campos Racing alongside Jack Aitken, it will make for two Indians in the F2 series for the first time in the championship’s history.

He is the second change for Silverstone with Dorian Boccolacci also returning to the F2 grid alongside Giuliano Alesi with Team Trident as a replacement to Ryan Tveter, who joined the team for the Red Bull Ring to fill in for Ralph Boschung.

Raghunathan is one of two full-time drivers for 2019 yet to score a point with BWT Arden’s Tatiana Calderon being the other. In fact, the Indian sits above the Colombian in the drivers’ standings in 20th by virtue of having one 12th place finish.

Boccolacci returns to F2 with Trident for Silverstone weekend