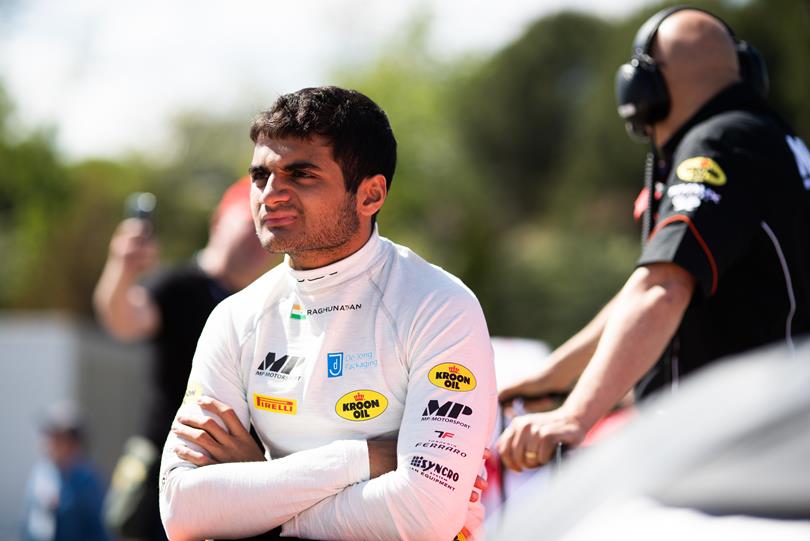 MP Motorsport’s Mahaveer Raghunathan has been suspended by the FIA for the Formula 2 (F2) Championship’s Austria weekend after VSC infringement at Paul Ricard.

Its been a difficult start to Raghunathan’s rookie F2 season with MP Motorsport as the Indian has been slow to get into terms with the car as well as some of procedures in place. He hasn’t scored points but has had a good reliability with only one non-finish.

However, he has collected few penalty points in races before for few infringements. But none like the feature race at Paul Ricard where he finished 12th. The FIA stewards handed him a 15 seconds time penalty for infringing all the three VSC procedure.

More importantly, that amounted to nine penalty points on his license and adding it with his prior accumulated points from the four rounds, Raghunathan reached to the 12 maximum permissible which resulted in suspension from the Red Bull Ring weekend in Austria.

As per the F2 statement, the 12 points will be removed after the Spielberg round but it remain on his record until the end of the season. Along with the India, BWT Arden’s Tatiana Calderon also had two VSC infringement against her name from the same event.

Calderon remained 11th despite the 10 seconds added to her time. Meanwhile, Prema’s Sean Gelael will start Paul Ricard’s sprint race from the pitlane after the stewards found him responsible for his crash with teammate Mick Schumacher in feature race.

Following today’s FIA Formula 2 Feature Race at the Circuit Paul Ricard, it was found that Mahaveer Raghunathan had infringed all three VSC procedures. As a consequence, the Indian driver will have an additional 15 seconds added to his total race time, as well as 3 penalty points for each infringement.

Furthermore, Tatiana Calderon was also found guilty of two VSC infringements and will have an additional 10 seconds added to her total race time.

Finally, Sean Gelael will start tomorrow’s sprint race from the pit lane exit after the Stewards found him responsible for the contact that saw himself and PREMA Racing teammate Mick Schumacher both forced to retire from today’s feature race.

It was determined that the Indonesian went off track prior to Turn 3 and when rejoining the track was deemed not to be in full control of his car before the collision. This is a breach of Appendix L Chapter IV, Article 2 (d) of the 2019 FIA International Sporting Code.