Home F1 Racing Point adds on Vettel and protest as Renault explains why they... 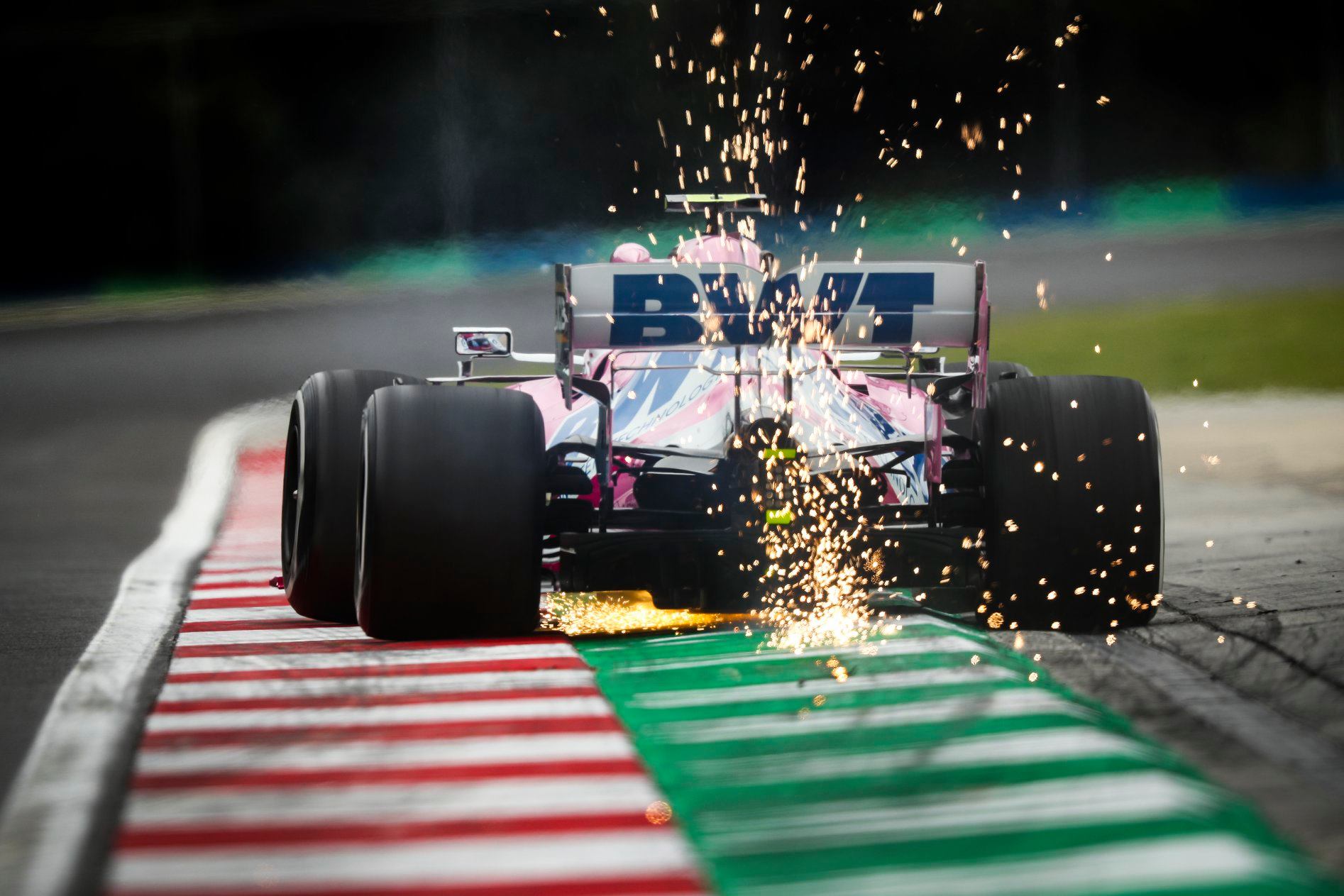 Racing Point were under fire in F1 Hungarian GP press conference with questions on their drivers and Sebastian Vettel as Renault explains why they protested.

Ever since the news of Racing Point turning into Aston Martin was confirmed, the Anglo-British outfit has been in the news for various reasons. Since the start of the 2020 F1 season, the common theme as been the similarity between RP20 and W10.

Ever since it hit the track at Barcelona, the car was already called as the ‘pink Mercedes’ as the team admitted to having gone this way but not through collaboration but via photographs which Racing Point took of the 2019 F1 car.

The performance side has been top notch as well and despite not having the supreme points haul, the team is ranked as the quickest of the midfield lot, even quicker than Ferrari. So much so that Renault eventually put an official protest.

The French F1 manufacturer were always planning to do so and they did post Styrian GP as they pin-pointed the brake ducts. For Racing Point, they feel confident of no wrongdoing and state that all the evidence will be shared with the FIA team.

Here’s what Otmar Szafnauer spoke about the protest –

Szafnauer: “There were rumours of a potential protest in Australia so our expectations were that something would happen. My reaction is that we now have to put together the evidence to show that we’re completely legal and I think we have three weeks to do that and that’s exactly what we’re working on now.

“I think the process is bulletproof. We’ll provide all of the evidence that was asked of us and I think the outcome will be bulletproof as well, which is quite nice as there are things that the camera can’t see, especially the internal surfaces of a brake duct, for example, that we completely designed and developed ourselves and then when your compare the two parts by the FIA then you will absolutely know the brake ducts are unique and our IP and designed by us.”

On the other hand, Renault’s Marcin Budkowski explained why they lodged the protest, where they wish to clarify the regulations of F1 for the future. He also added on why brake ducts was targeted specifically.

Reasons for the protest:

Budkowski: “I don’t want to get dragged too much into the details of the protest because, as you can imagine, there’s a stewards’ decision pending. There’s an FIA investigation ongoing which will be submitted to the stewards and they will make their decision based on this. It might go to the court of appeal if Racing Point or ourselves are not happy with the judgement. So, it’s a process that’s still ongoing. But I think for us it’s important to clarify.

“To clarify what is permissible and what isn’t for this season. For the event we protested but for the rest of the season, for next season – but also what Formula One we want in the future. What is the model we want? Do we want the model where we have ten teams independently fighting each other, especially in the context of a fairer sport, a more equal distribution of funds, a cost-cap, so all teams eventually coming to a similar level of spending. Maybe not straight away but with time.

“So I think there’s a great opportunity, together with the technical regulations, cars being able to follow each other, overtake each other, better racing. We think there’s a great opportunity for the sport to have ten teams, maybe more, fighting really on equal terms. And for us it’s important to clarify what kind of level of exchanges is permissible. Is it permissible to get parts or get geometries from another team and use them on your car or not – because we don’t think that’s the right model for F1 in the future. It’s really beyond the protest, beyond this race. It’s what kind of model we want for the future of F1.”

Budkowski: “The first question, why the brake ducts? The main point here is that brake ducts are essential performance differentiators on today’s Formula 1 cars. They’re not only there to cool the brakes, they are an essential aerodynamic device both at the front and the rear in terms of extracting aero performance. But they are also essential in controlling the tyre temperatures and we know that tyre temperatures are fairly important in F1 nowadays.

“That’s one of the reasons and the other reasons, as Otmar touched on, is that they are surface that are visible to the eye and to the camera of the numerous photographers that go up and down the pit lane, but there are also surfaces that are impossible to see from the outside and it would be difficult to copy from pictures. Second question: why I expect, why was I saying it’s about the future of Formula 1?

“No I don’t expect the stewards to rule on the future of Formula 1, that’s not their role, that’s certainly not what we expect from the decision. We do think, however, that the decision will have implications on the model of Formula 1 if you want. If the stewards allow a certain amount of exchanges between the team then I think it will lead to a different model than if they are strong and say these are the regulations and it’s really important that every competitor, every team designed its own car.”

There has been talks in the paddock already regarding the protest where Renault has had support albeit not directly because everyone wishes it to get clarified, whether it is McLaren and or Haas or even Ferrari. At the same time Mercedes will help FIA in every way.

“I think it’s pretty straightforward,” said James Allison. “There’s an argument between Racing Point and Renault and in order to settle that argument the FIA need to seek some information from us because the dispute is about what brake ducts Racing Point are running and so we’re perfectly happy to provide them with the information they asked for on last year’s Mercedes brake ducts.”

While Racing Point has maintained that the FIA team visited their Silverstone base to check the RP20 but the governing body’s technical head Nikolas Tombazis stated that brake ducts was the portion they hadn’t checked in details after looking at the front wing, the rear, etc.

Moving on, Szafnauer also added on the Vettel situation and him being linked to Racing Point/Aston Martin, while also touched upon the contract situation with Sergio Perez and Lance Stroll. Interestingly, he spoke very diplomatically and did not put it black/white.

“Checo’s focus really is to do the best he can this year with our car and I think he’s had two great races, coming from seventeenth to… well, he had a little bit of an accident but I do believe he should have tried to overtake Albon at the end. We had the pace to do it. It didn’t quite work but Checo just has to focus on the task at hand, which is qualifying the best we can and putting good races in.”

Szafnauer: “He definitely knows how to win, he’s very competitive. Might be a good question for Mattia. He probably knows him better than I do. But, y’know from the outside, I know him as a friend, he’s a lovely guy. I’ve known him for a very long time. Straightforward, honest, and can be very fast. Four time World Champion.”

Confirm both drivers or it can still change:

Szafnauer: “It’s tough to predict the future. Like I said, what they need to do is do the best they can. They are contracted and watch this space, we’ll see where we go. But our intention is never to not honour our contracts. And there’s no time line. Like I said, we’ve had two races, we’re in our third of the season and it’s silly season already so there is no time-bound decision-making process.”