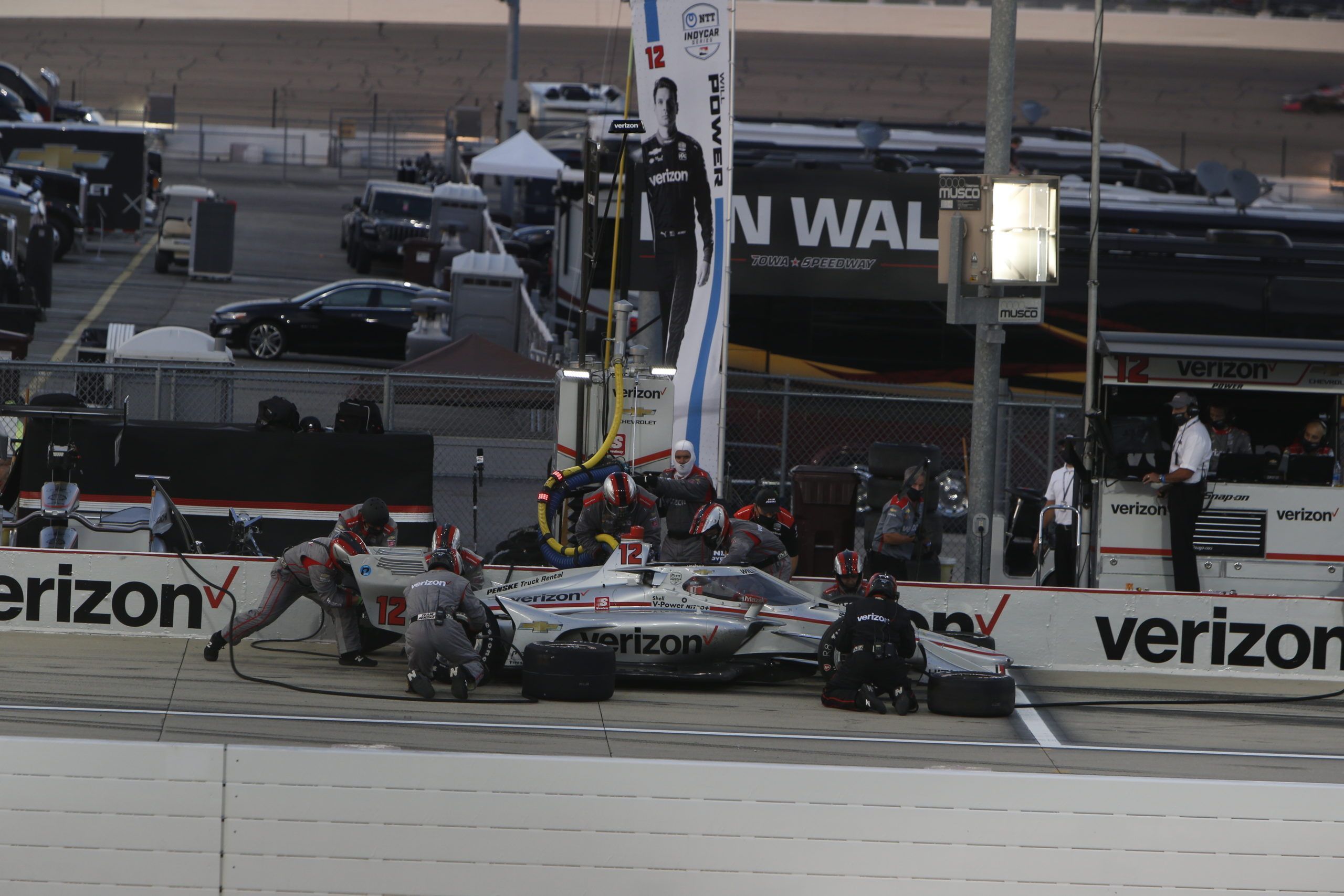 After the IndyCar race at Iowa, Penske driver Will Power slammed the series’ closing of the pits under cautions – a ‘terrible’ rule that he feels cost him the race.

As he sat bare-chested in his ice bath during the post-race virtual press conference after the second IndyCar race of the weekend at Iowa, Team Penske’s Power appeared to be calm. Some might even have accused him of seeming content.

FormulaRapida.net was in attendance during the conference, and read nothing more than a twinge of disappointment from the Aussie. However, he later made clear that he was more than disappointed, or dissatisfied: he was frustrated, but not so much with his own performance as he was with the rule that cost him a win – or at least, a better shot at one.

Specifically, Power was infuriated by the ruling of IndyCar to keep the pits closed under certain caution periods. This rule, the Australian says, is a ‘terrible’ one that can give ‘freebie’ wins away to those who happen to be in the right place at the right time, as it arguably did in Iowa Saturday night.

Power has a long history with this particular regulation, it being one that he lost last year’s COTA race over. Back then, he was vocal about the need for the rule to be changed, but it appears he has had just about enough of it one year – and one more potential race win lost – later. “What’s frustrating?, he started.

“It’s frustrating when you’re so quick and you keep getting screwed by yellows and INDYCAR because the pits close. That is the most frustrating, annoying thing in history. It’s such a bad rule. It should be changed. It should have been changed this year, and hasn’t.

“Otherwise I would have won a race. Otherwise Josef Newgarden probably would be right up there in the championship, too. Dixon wouldn’t have gotten that freebie win. That’s what I say about the season, man. Screw that bloody stupid closing the pits on yellow crap.

“I mean, just have normal races where strange, abnormal things don’t happen. Like just have straight-up, normal races, be able to use the pace that I have. That would be awesome. That would be just so good. Or you could totally change the tactic and just qualify horribly and do a bad job.

“The way the rule is right now, you’d end up at the front. You kind of have to take which one you want to do. I’ll take the working hard and trying to be good,” said Power, who denied that this rule will drive him to retirement from IndyCar, but reiterated that he feels this issue hurts the sport on a fundamental level.

“No. They just need to change the rule. They need to make it fair to people who put a hard, good effort in, spend a lot of money to be at the front, not to get screwed and basically get a drive-through because a yellow falls at the wrong time. Just a horrible rule. There’s a solution for it, but they don’t want to change it. They should change it. Just a terrible rule,” summed up Power.

With five rounds of the 2020 IndyCar season done, Power is fifth in the drivers’ championship with 142 points – level with RLL’s Graham Rahal. He is over 100 points aloof of leader Dixon, with the Aussie’s teammates Simon Pagenaud (195) in second and Newgarden (191) third.