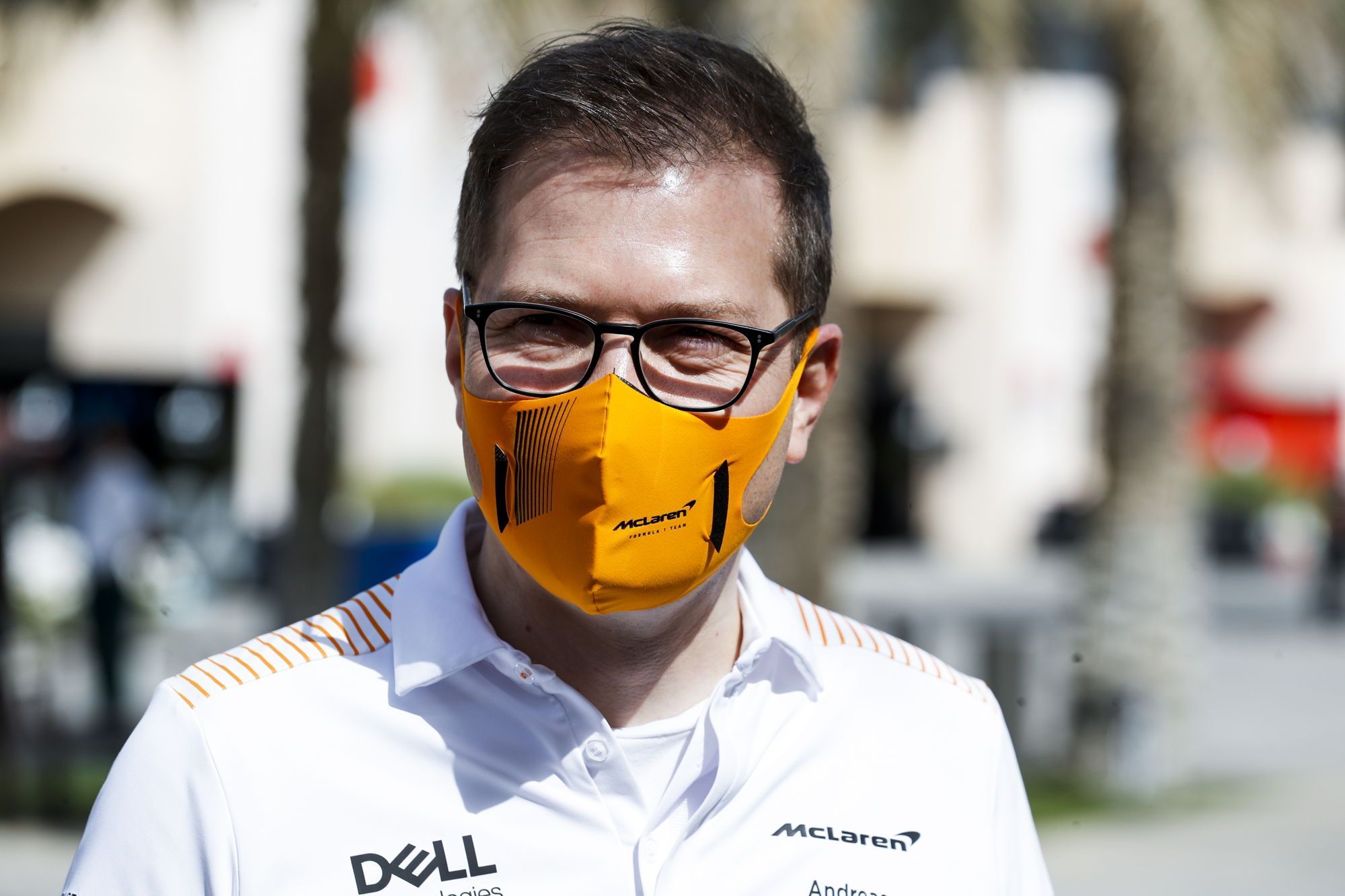 McLaren’s Andreas Seidl guests on the F1: Beyond the Grid podcast, discussing about the MCL35M, Daniel Ricciardo & Lando Norris, his career and more.

As ever, Seidl was introduced by host Tom Clarkson in a brief monologue, giving way to idle conversation between the the two. With the former noting that he had recently travelled home from F1’s pre-season test in Bahrain, Clarkson took the opportunity to ask about the test, which the German says left the team feeling ‘well-prepared’ – despite the ‘huge challenge’ of working in a pandemic.

The 45-year-old’s comments prompted Clarkson to inquire on how they managed to build their MCL35M under such conditions with such speed, as the team were the first to take the covers off of their machine despite an engine change in the off-season. Seidl joked in response that McLaren, who’ve changed engine suppliers thrice since the start of the turbo-hybrid era, had experience in swapping out power units.

When asked, Seidl denied that he was ‘surprised’ by McLaren’s reliability in their Bahrain test, before dodging a question on the team’s interpretation of the FIA’s diffuser regulations, and saying that how advantageous the concept is remains to be seen. The German went on to praise McLaren’s engineers for their ‘unique solution’.

With the MCL35M, Seidl says he and McLaren seek to edge closer to Mercedes and Red Bull atop the constructors’ standings, after a third-place finish in 2020’s standings. He predicts a large battle involving seven teams in 2021, all of whom will be fighting for the coveted third-place, but does not make any predictions on who will win this year’s constructors’ championship in what appears will be a fight between Red Bull and Mercedes.

With discussion shifting to driver line-ups, Seidl says he is ‘looking forward’ to racing with Daniel Ricciardo, who pairs with Lando Norris in the team this season. The German says Ricciardo can be the “reference [point] [they] are missing” and a key part of McLaren’s rebuilding.

Seidl admits that he and Ricciardo had previous conversations dating back to 2015, when the former was seeking out talents for Porsche’s LMP1 program. The team ultimately chose Nico Hulkenberg. The German also said it was ‘too early’ to gauge the relationship Ricciardo and teammate Norris may have, and insists that McLaren don’t plan to force them into a relationship similar to that enjoyed by Norris and Sainz in 2020.

Asked on Norris’ evolution since his signing in 2019, Siedl shared that he has ‘evolved a lot’ as one might expect, and predicted that the Brit will have ‘healthy competition’ with Ricciardo as they partner each other in 2021. The McLaren team principal, though, confesses that driving alongside Ricciardo may be a challenge for Norris.

Moving away from drivers and onto the team itself, Seidl described McLaren’s evolution since his arrival there in 2019, with his first move to set up ‘a clear structure’ at the head of the Woking-based team – something which he says was lacking at the time. The former Porsche employee adds that he implemented a plan to return the team to the top of the field, which has guided them in their ascension of the standings.

Seidl stressed the importance of a clear-cut chain of command with clear responsibilities for everyone involved, explaining that a more disorganized system is rarely effective. But he also made it clear that McLaren do work to empower those employees outside of the executive team so as to maintain a level of teamwork.

Discussing his partnership with McLaren Racing CEO Zak Brown, Seidl was appreciative of their transparency and his own freedom, and says the two regularly discuss large decisions outside the day-to-day running of the team. The German also denies that McLaren’s struggles in 2018 deterred him from seeking out the opportunity to work for the team in 2019, saying it provided him the challenge he sought all along.

Seidl goes on to say he is ‘proud’ to head such a prestigious team as McLaren, but reminds listeners that he needs to deliver in his position. After discussing the beginnings of his interest in F1 and an early appreciation for Michael Schumacher, Seidl told the unique story of how he wound up with BMW engines in F1 straight out of University.

With BMW, Seidl worked closely with Frank Williams and Sir Patrick Head – an experience he described as ‘great’. The 45-year-old says his favorite engine from BMW in this era was their V10, which was the first motor he was allowed to work on. After sharing more stories from working in F1 during this era such as meeting Schumacher, he discussed BMW’s affiliation with Sauber, and his decision to move to Hinwiil – a move which, he says, was motivated by a desire to learn about the development of a chassis.

Seidl was subsequently asked if he thought BMW would have left F1 if they had won the 2008 WDC with Sauber, and the German shared that a number of factors make this impossible to predict. Seidl then discussed moving from BMW to Porsche, in a move he denied was ‘controversial’ but admitted was somewhat unusual.

With Porsche, Seidl fought for wins at Le Mans, an experience he described as “great” despite a “rollercoaster of emotions” with each running of the race. The German called Porsche’s 919 LMP1 car “more complex” than an F1 car, and admitted that he struggled to imagine how such a technologically advanced machine could survive for 24 hours.

Seidl dismissed rumors of Porsche returning to F1 as “speculation,” and redirected questions on the matter to executives of the company. After this, he agreed that the McLaren Technology Center is “definitely” an inspiring place of work, before answering a number of unrelated question, the first of which was in relation to the cost cap, which he says will give smaller organizations greater equality of opportunity.

Here’s where you can listen the podcast (FOM has blocked from embedding): https://audioboom.com/posts/7828936-mclaren-boss-andreas-seidl-on-leading-the-team-back-to-the-top-and-living-his-f1-dream

Here’s last F1 Beyond The Grid podcast of Sergio Perez