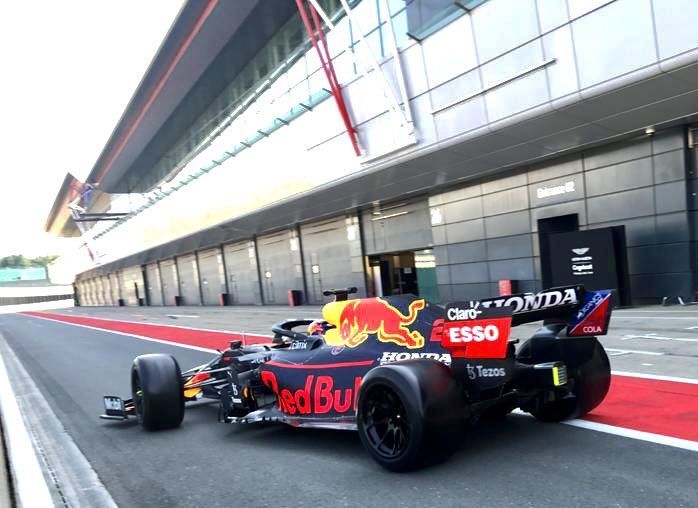 Mario Isola discusses how Pirelli is working between the track data from mule cars and also simulations in order to be certain with the 18-inches tyres.

Simulator work has been up and running in preparation for the 2022 season by all the F1 teams, and with track testing of the 18-inch tyres almost complete, Pirelli is running their analysis, double checking the data to be certain of the compounds for next year.

Simulations for Pirelli are incredibly important considering the data they are able to obtain from the teams, apart from track tyre testing. For 2022, the Italian manufacturer has asked for simulations of six different circuits from all the 10 teams in order to compare the results to track testing, be able to verify data, and review differences.

Communication with the teams is one the biggest parts of understanding the current status of developments of the tyres and the performance that they bring out, with Pirelli technical officer, Isola, explaining the need for the teams’ clarification when analysing data and their differences.

Another significant aspect of Pirelli’s tyre testing is verifying simulator data with the mule car performance. The mule cars provide a perspective on the performance levels of the new tyres, as well as, show how representative they are to next year’s cars. The prior is important when looking at expected performance levels planned out by Pirelli.

There are some differences, I have to say that but it’s normal when you have such a big change, like, the one we will have in 2022. But there are some indications that we are analysing more in detail and probably we go back to the teams also to ask for more clarification. That’s the, the first step is obviously to make a comparison, to understand the accuracy, to compare the simulations with the performance of the new cars.

“Because another important information for us is to understand how the mule cars are representative and if the product that we are developing, we are also preparing an analysis to double check If the numbers that we have found from our tire tests are in-line with the expectation from the target letter.

And it’s always important to understand if the mule cars are very close to what they expect for next year or not, because obviously if you are expecting a certain level of performance and then the performance is completely different,” summed up Isola. Development, however, wont stop according to him. Wherever and whenever necessary, Pirelli is set to continue fine tuning the compounds and tyres, as well as possibly introduce new ideas altogether, development that the technical officer states is the norm in F1.

“The range of compounds can be too soft or too hard or not properly centered,” said Iosla. “That’s important for us in any case. Next year, we are planning to continue the development to make  fine tuning If they are necessary, we will have even also some new ideas that we want to introduce and this is the normal, let’s say, flow of development that we have every year in F1.”