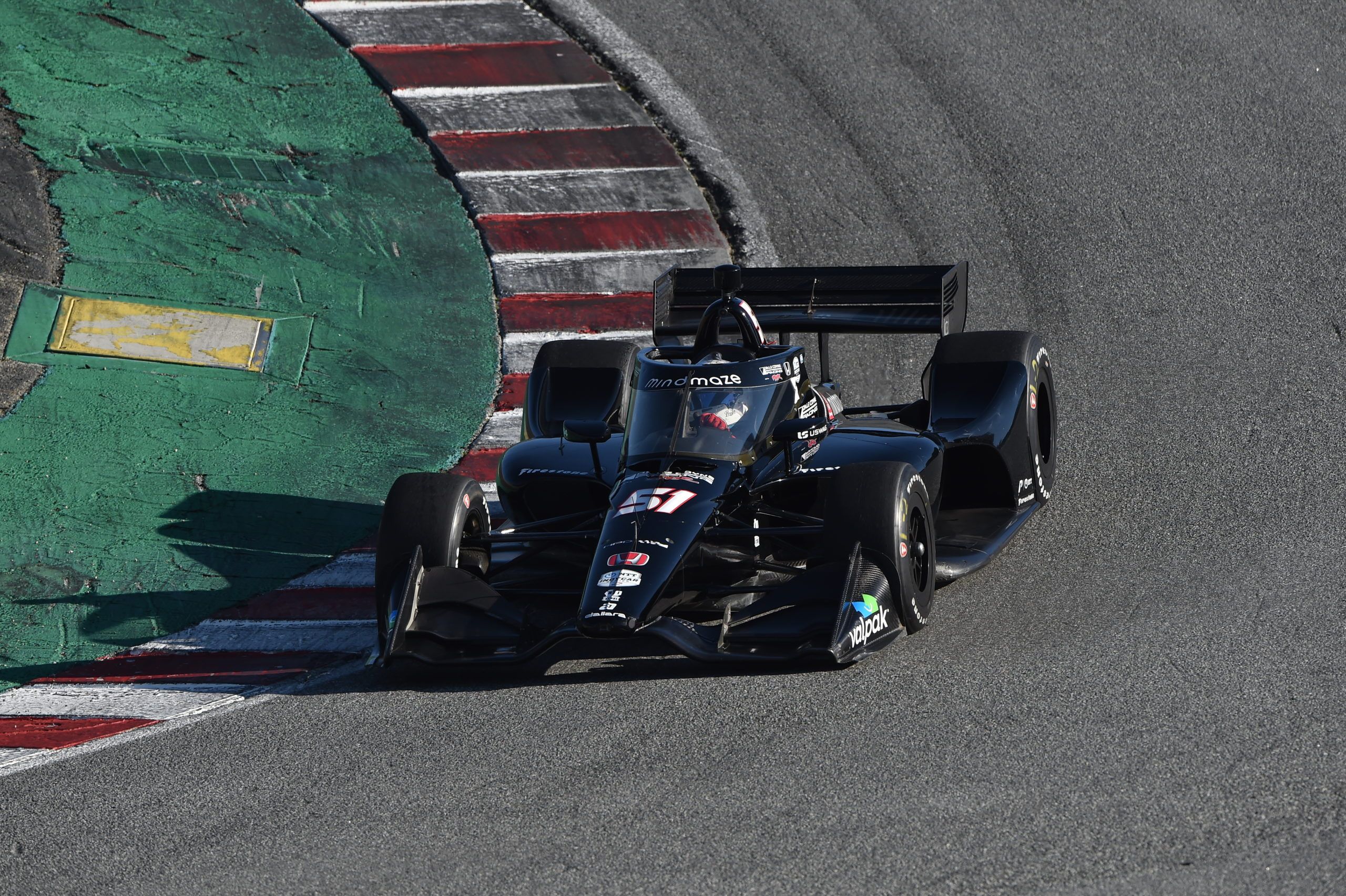 DCR’s Romain Grosjean is among eight drivers, representing four teams, who completed an IndyCar test at Laguna Seca on Monday.

Of those at the test, Arrow McLaren SP’s Patricio O’Ward found himself atop the timesheets, leading Grosjean’s teammate Ed Jones by two tenths of a second. Jones led Grosjean by only four hundredths of a second.

Meyer Shank Racing’s Jack Harvey was the last within the top five, having been eclipsed by ASMP’s Felix Rosenqvist, whose fastest lap was some two tenths of a second quicker than that of Harvey. ECR’s Rinus Veekay found himself a further 0.1 seconds off of the Brit, ahead of AMSP’s Juan Pablo Montoya, who trailed by four tenths.

MSR’s Helio Castroneves was the slowest of the drivers in attendance and by some margin, six tenths of a second behind Montoya and 1.5 seconds off the leading car of O’Ward, according to unofficial timing provided by RACER.

Weather throughout the day provided ideal conditions for the testing, after which O’Ward said in a post to AMSP’s social media that did wonders to whet his appetite for racing in 2021, and that of the team as a whole. “[This was] the last test that we can do before we go racing at Barber, or at least the last road course test.

“We crossed a lot of things off the checklist, saw what worked, what didn’t work, what might work somewhere else. It was a good day, and it just makes us want to go racing already! I’m excited to get this year started,” O’Ward shared. The Mexican driver’s team was among a few to post updates throughout the day to their social media channels. For the team, Montoya made his testing debut Monday.

Through Turn 6⃣, up the hill toward the Corkscrew ⤴️#WeAreReady // #INDYCAR pic.twitter.com/ml0c3QfxtO

Turning laps in our new look. 🖤🧡

And… He's off! 🟢@FRosenqvist back out on track at Laguna Seca. 💙 pic.twitter.com/ywjN0xRHM4

A full day of testing with @jpmontoya in the car? Yes, please! 🧡

Grosjean’s day, ostensibly one without incidence, was not documented to the same extent by his team DCR, who only shared one video of the Frenchman, filmed independently by a media member on site. It was second day for Grosjean in the car, after a prior test at Barber Motorsports Park on February 22.

MSR sent both their cars out to test, one a new entry to be driven by Castroneves, and the other Harvey’s chassis. The former car featured a blacked-out paint scheme with sponsors absent at the rear.

Anyone else as amped as we are to see this!? pic.twitter.com/ULEdVtpQjl

Here’s how Romain Grosjean fared in his first IndyCar test