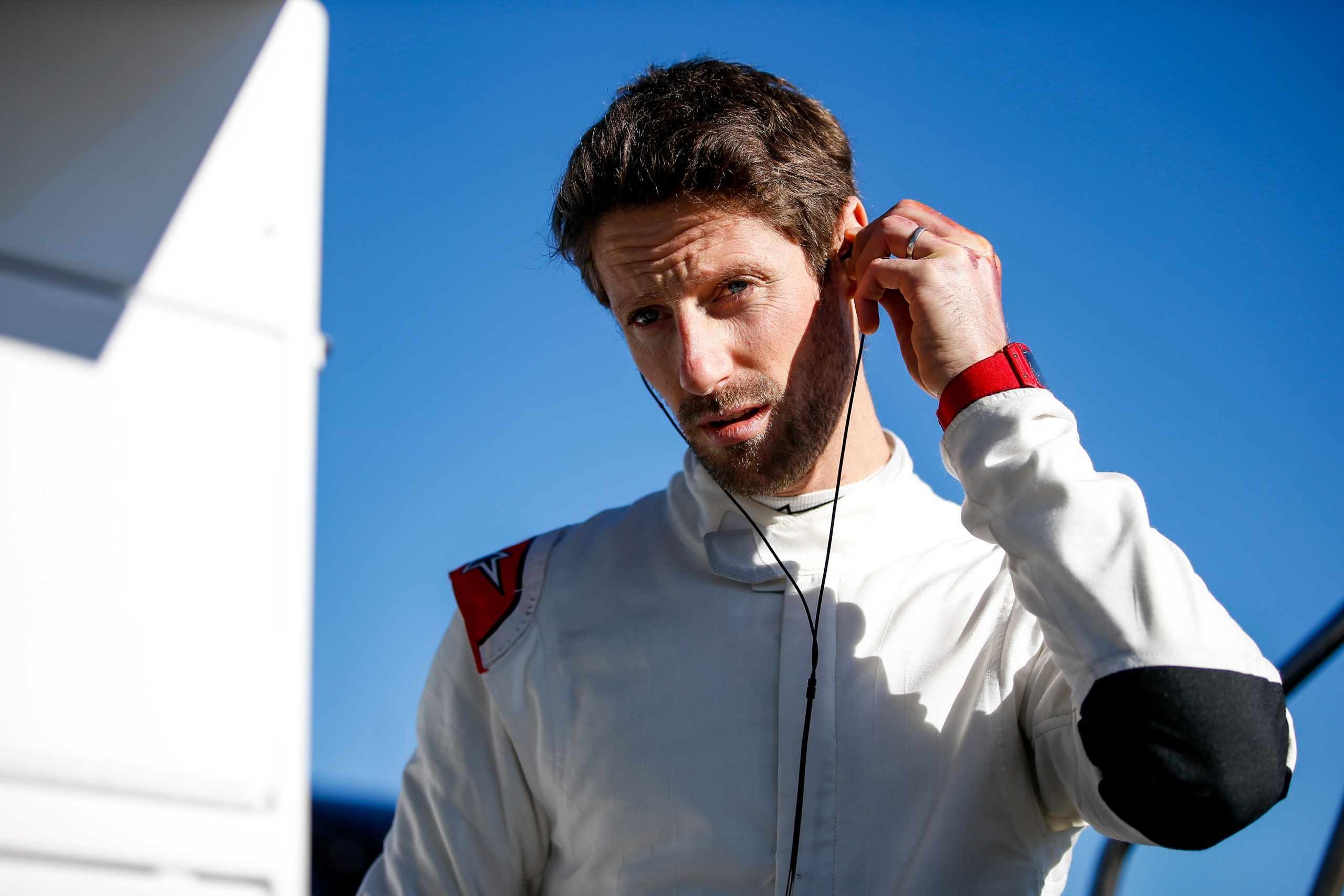 DCR’s Romain Grosjean completed his first day as an IndyCar driver on Tuesday, testing at Barber Motorsports Park ahead of his April 18th debut there.

Grosjean will race 2021’s road and street course rounds, possibly also partaking in an oval debut at Gateway in August, pending a decision from the Frenchman as he gets acclimated to the series and its racing. The 34-year-old drove his #51 DCR car at the Barber test, in the cockpit for both the morning and the afternoon, albeit with one incident halting his running early on.

Grosjean spun and hit the tyre barrier on the exit of turn one, but his team were able to quickly repair minor damage incurred and he once more hit the track shortly thereafter, to get in more time in the car before the 12 participants (from AJ Foyt Racing, DCR, Team Penske, ECR, and RLLR) stopped for a lunch break.

After his morning running, Grosjean said he felt a sense of normality in his car, pointing out a number of similarities between the Dallara machine, and the junior series cars he drove prior to his nine-year F1 career: “It felt very normal,” Grosjean told IndyCar.com. “It’s a different car, a different position, but apart from that, everything felt great and normal. “I just need to get used to a new car.

“It reminds me of when I was jumping from Formula Renault to Formula 3 and GP2. So far, I’ve been really happy with it,” Grosjean said. “The mechanical grip of the car has been really good. I can really understand why you can get the racing good. The way the team works is really good. It’s different, but I’m happy with that.

“Trying to adapt myself has been quite smooth. I think the more testing we have, the better it is, but I’m also very much looking forward for it to be the 17th and 18th of April to go racing [with DCR],” he said. Grosjean was also taken aback by some stark differences between an IndyCar and cars he has previously raced.

Without power steering, he says, he soon became somewhat fatigued. But the benefits of a more direct steering system were also apparent to Grosjean, who says he was able to “really feel the car” when driving. Grosjean had previously said that this was one draw to the series for him, as was the driver freedom when racing.

This was another thing he remarked on, expressing appreciation for the plethora of racing lines that the IndyCar’s less restrictive aerodynamics allows: “After the first run my biceps started hurting a bit, and I thought: ‘OK, OK. Now we’re talking. You really feel the car. I guess you can drive it a little bit more with your driving style with the way you apply the brake and your turning and so on.

“You can actually use different lines, whereas in Formula One you may be more stuck to the ideal line because of how the aerodynamics work,” Grosjean said. He admits that his fairly extreme interpretation of the racing line the lap on which he spun his DCR car was the result of an error, but noted that the old-school characteristics of the circuit meant he was punished more for his mistake – something which he appreciates greatly.

Music to my ears. As the @DaleCoyneRacing #51 @Honda Indy car warms up to hit the course again with @RGrosjean behind the wheel! pic.twitter.com/u7eEtoAymH

“I made a mistake this morning, and I spun (in Turn 1). I was stuck in the gravel. (The track) has consequences, and you need to stay within the limits, which I always quite enjoy,” Grosjean added. The Frenchman enters IndyCar in the wake of a fiery crash at 2020’s Bahrain GP, and says that a similar moment of oversteer caused him minor pain in his hand, the burn wounds on which have otherwise “done very well.”

“It’s actually done very well. I had a big snap on the last run (of the morning), and that was a bit painful. I expect those. I know it’s not fully recovered and is sensitive,” he said. Off-track, meanwhile, Grosjean also appreciated IndyCar’s atmosphere, revealing that conversations with countryman Sebastien Bourdais and reigning Indy500 champion Takuma Sato left him with a sense of the series’ cordial nature.

“When I came yesterday, I was quite surprised to see that the cars are being set up here, and there’s no closed garage or tents. I really like it. You get to go into the pit lane, and I was talking to Sebastien Bourdais, and Takuma (Sato) came over, and we had a good chat next to his car. The talking is made on track, and whenever you remove your helmet it feels like everyone is friendly and likes to talk and chat,” Grosjean said.