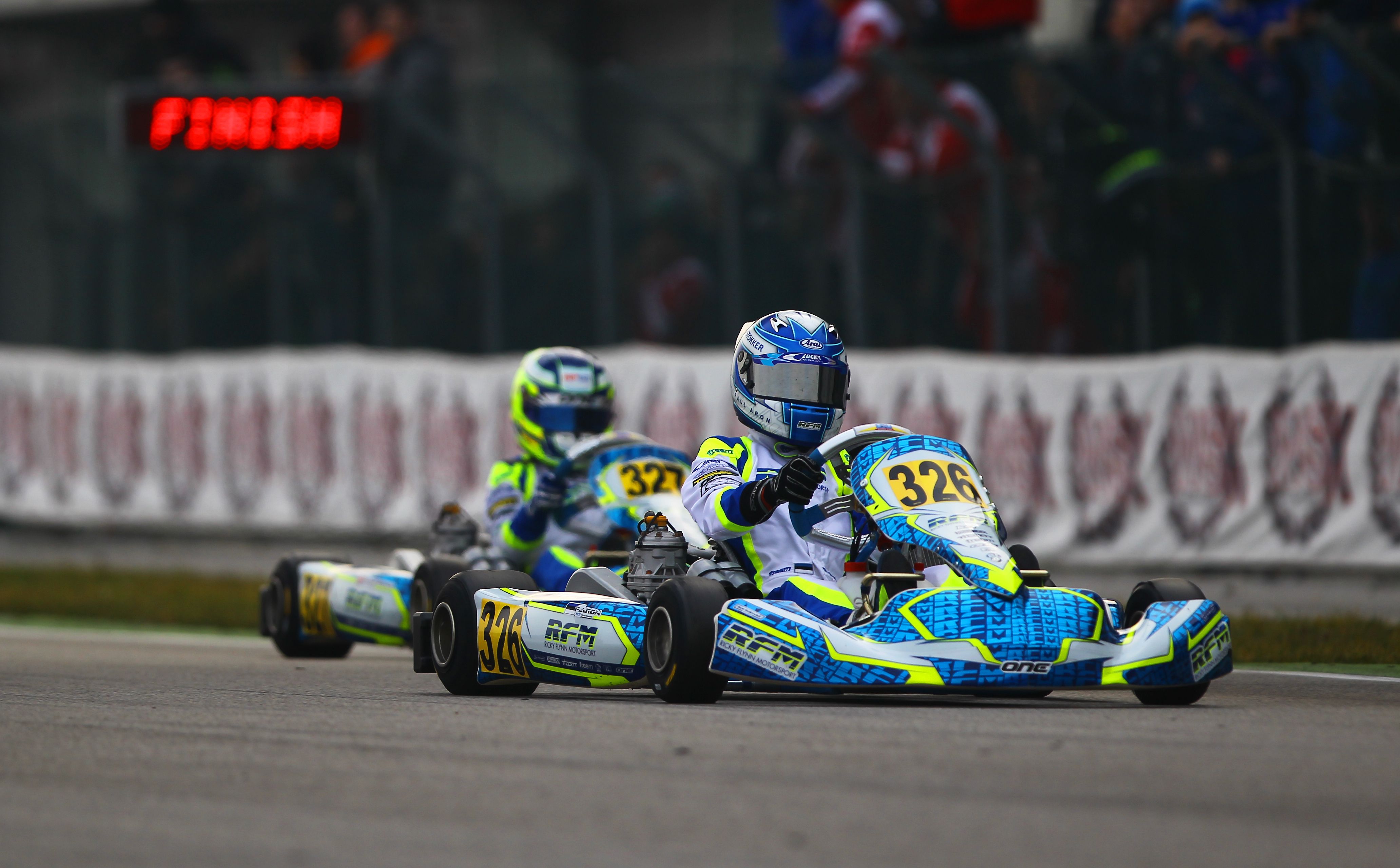 The WSK Champions Cup Finale in OKJ category has been an intensive between the british drivers of Ricky Flinn Motorsport: Paul Aron and Harry Thompson. Finally, Aron won and become in WSK Champions Cup winner. The poleman, Gabriele Mini, couldn’t stay in 1st position so many time because of Thompson and Aron passed him in the first lap and they pulled away. While Mini drop till 5th position, Thompson and Aron have switched positions so many times. Taylor Barnard reached 3rd positions, and brazilian Gabriel Bartoleto reached 4th.

At half-point of the race , Gabriele Mini was overtook and he drop to 9th position and Spanish driver, José María Boya, reached 6th. Looking ahead of race, Aron, Thompson, Barnard and Bartoleto got closer and took the beginning of winning battle.

At Lap 6, Thompson has overtaken Aron and Bartoleto did the same to Barnard. Aron, thinking about win, wanted to pass his teammate and they switched positions time after time. The battle has been spectacular because they were clean with each others.

Barnard and Bartoleto can’t say the same because they crashed fighting for 3rd. Bartoleto could continue without lose many positions but Barnard has had to retire. After crashing, Aron and Thompson could increase the gap and fight for win while Beganovic and Bartoleto had a battle for 3rd. Mini, who had a bad beginning, has recovered and placed in 5th.