Home F1 Ocon asked to speak in debrief, not on radio as Ricciardo felt... 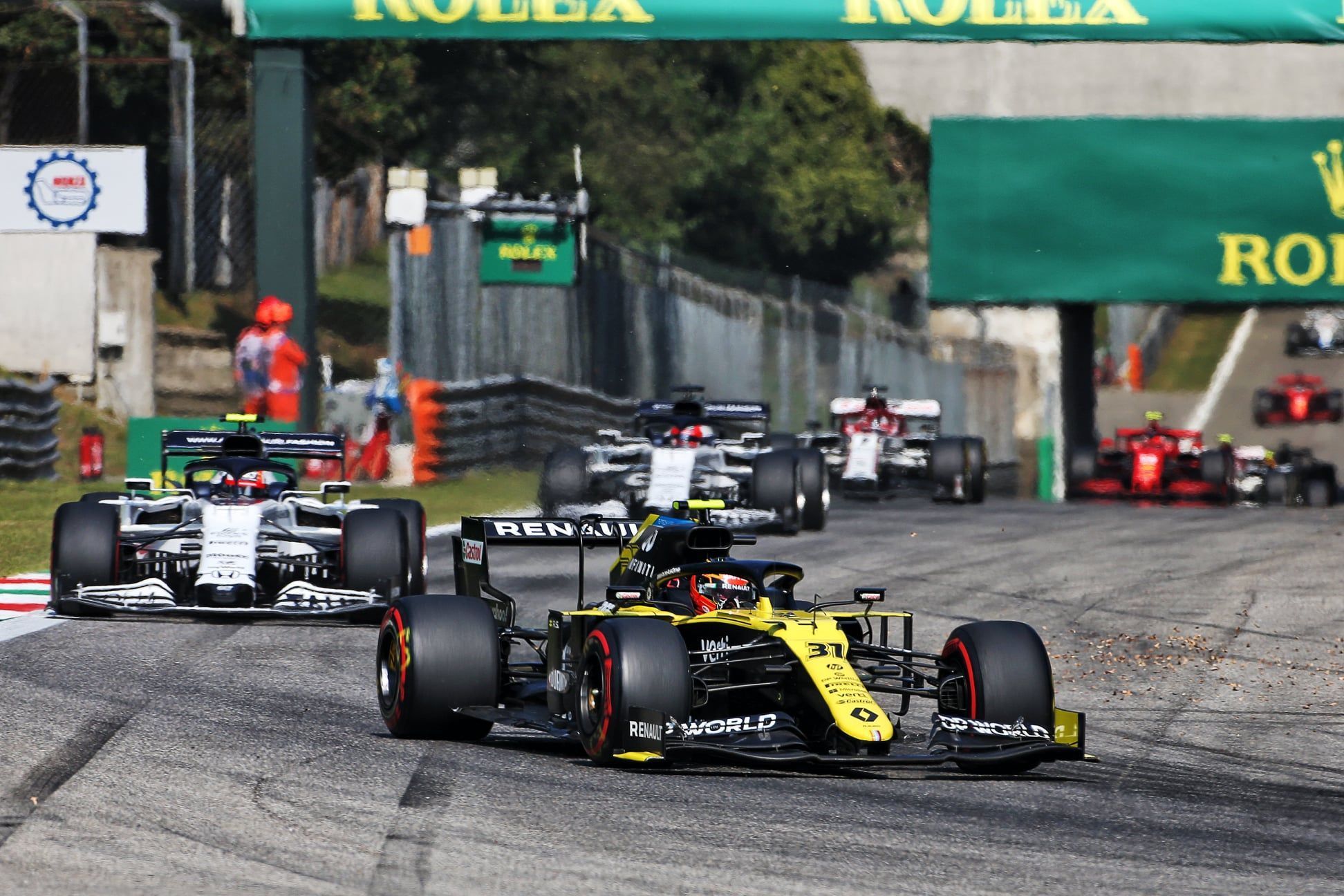 Renault ran into a bit of an iffy when Esteban Ocon was asked to speak in debrief and not on radio post F1 Italian GP as Daniel Ricciardo felt sixth was maximum.

While AlphaTauri’s Pierre Gasly celebrated his maiden F1 win in Italian GP at Monza, his fellow countrymen Ocon in the Renault was left frustrated with his eighth place finish, which he wanted to speak about on the radio after the grand prix.

It was on the open channel which everyone globally could listen to, which Renault were aware of and since asked him to not speak then but in the post-race debrief. The Frenchman, though, still continued to speak up which forced Cyril Abiteboul to step in.

Ocon: “No, we have to face the reality..” Engineer interrupts in between: “..please do not talk on the radio…” Abiteboul jumped in: “Esteban, this is not the place..”

It was radio silence from Ocon for the rest of the lap as his engineer requested him to keep drinking for measurement and did the usual shutdown procedure. Post-race, the Frenchman had mixed emotions after losing out to Lewis Hamilton in the end.

In fact, he felt Renault missed an opportunity by using the soft tyres which wasn’t the right choice. Ocon revealed that they couldn’t ready the medium tyres during the red flag, which he feels the team needs to be review and be better prepared.

“I have mixed feelings as we had a good race on track and took some solid points, but also it was one of those races when you see the podium and wonder what could have been,” said Ocon. “We didn’t have luck on our side with the pit-stop before the red flag and that meant a free stop for the others.

“The race was strong, I passed three cars at the start and had good race pace to be competitive inside the points. It’s strange as I passed Gasly at the start and he won the race! We probably didn’t match our expectations on the pace we thought we would have in Spa, but it was still a good effort,” summed up Ocon.

On the other hand, teammate Ricciardo ended up sixth after he was unable to catch on the lost positions in the pit stop to Valtteri Bottas. The expectation was high from Renault after Spa but the team didn’t have enough legs in front of McLaren as well.

Ricciardo was satisfied still with sixth, though. “The race was OK,” he said. “I saw Charles’ car very deep in the barrier, but he was OK, this is racing, it happens. I think we recovered well, both starts, we moved well, I honestly did the best race I could and sixth was the best. It felt unfair going backwards in pit stop.

“I actually liked the standing start, more than a rolling start because you have bit more chance to do more on a standing start, so I liked it. The first was good, so I had confidence in the second one, but also I was, I have already done one good one because Turn 1 is a chaotic and it can go either way, we did well.

“Sixth isn’t bad for us, I felt I couldn’t have done anymore in the situation. We weren’t the only ones, but the safety car and red flag did not go our way.” Contrasting to Ocon, Ricciardo was more subdued on the radio after the race.

Responding to the multiple messages from his engineer, Ricciardo stated: “OK, yeah, understood. I could get close in the low speed, just the high speed stuff they had me, but yeah, I think we we did what we could, so, yeah, thanks guys, thank you.

“OK, understood, I think we had a decent car, we got some good feedback, sorry I couldn’t get a bit closer to Bottas, thanks guys. I know this one feels like it could’ve been a podium, but we have plenty more races.  I’ve still got a lot of faith.”

Team boss Abiteboul rued the missed chances as well. “After the good showing in Spa, and the planned announcement of the rebranding to Alpine F1 Team starting next year, there certainly was added pressure and expectation on the team this weekend,” he said.

“We also knew coming here, there were two big unknowns: firstly, the effects of the track characteristics on our car, which were clearly not as favourable as in Spa, with more lap-time spent in high speed corners, and secondly, the new technical directive on engine modes. If its impact on qualifying is not very clear yet, the race shows the field remains more bunched up and more competitive, which will make racing more exciting.

“After an excellent start from both cars with Daniel Ricciardo overtaking Valtteri Bottas and keeping him behind and Esteban Ocon overtaking a number of cars on the opening laps, the various race incidents compromised our track position and meant we eventually had to settle for sixth and eighth. This is frustrating for the entire team, but we should not hide behind things we cannot control.

“Clearly, this weekend, our car is not as strong as McLaren who were further ahead in similar circumstances. Nevertheless, it’s good to see four Renault engines in the top eight positions at a very demanding track like Monza. Overall, we scored decent points and that allows us to take fifth in the championship, while remaining in sight of the teams ahead.”