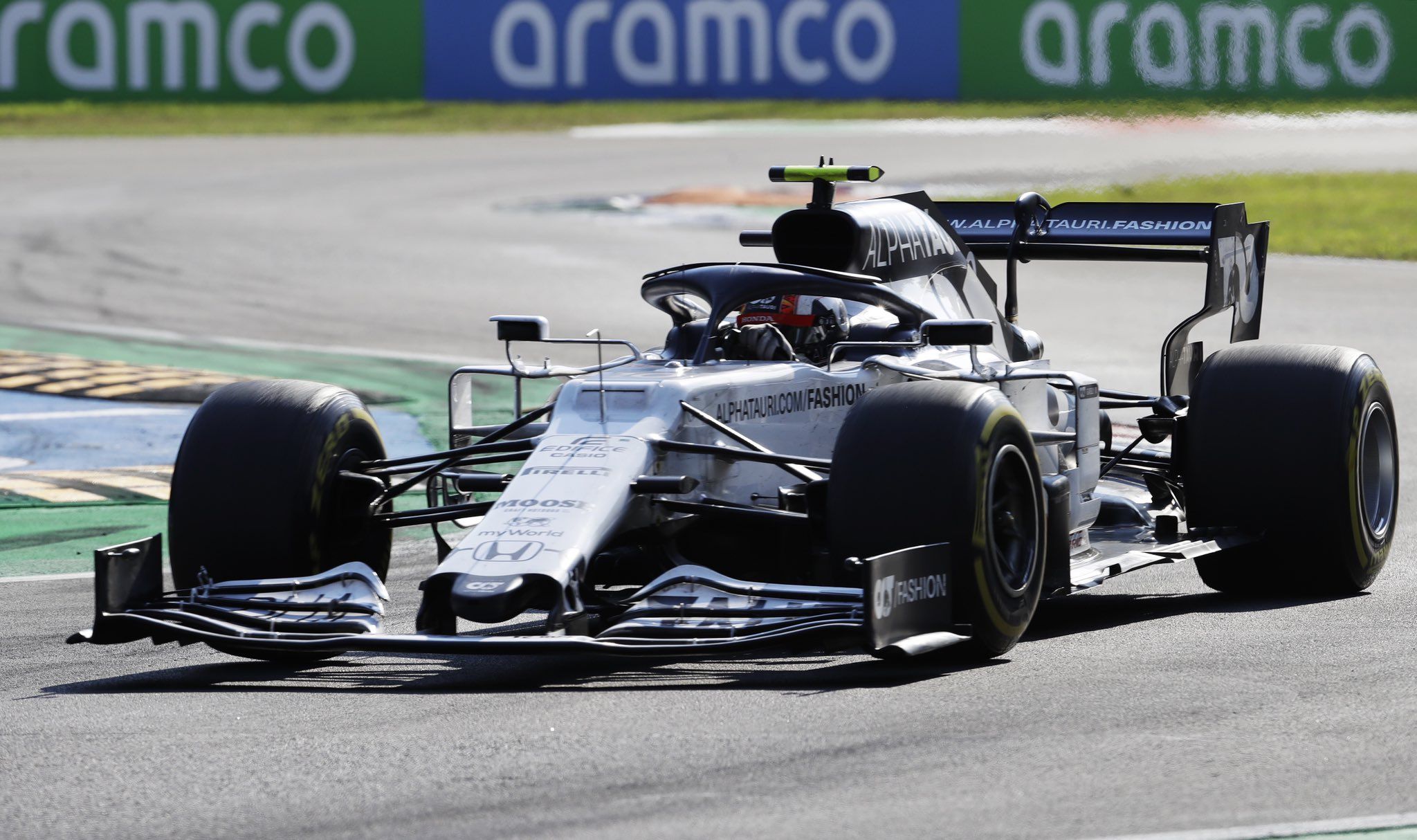 Pole-sitter Mercedes’ Lewis Hamilton made a solid start in F1 Italian GP at Monza but Valtteri Bottas had a dreadful one to drop down to sixth in the order with McLaren’s Carlos Sainz in second from teammate Lando Norris.

While Sainz got him at the start, Norris barged his way through later in the right-hander which allowed Racing Point’s Sergio Perez and Renault’s Daniel Ricciardo to sneak through to be fourth and fifth in the order – all of them were jumped by the British racer.

Red Bull Racing’s Max Verstappen did not have a great start either as Racing Point’s Lance Stroll took him in the early stages before the Dutchman got him back. Teammate Alexander Albon had a bad start as well as he dropped to 15th in the order.

He lost to AlphaTauri’s Pierre Gasly at Turn 1 as the two touched with the Frenchman having Stroll on his right. Albon had to cut across the corner which dropped him back. His day went from bad to worse after his tangle with Haas’ Romain Grosjean.

While he was cleared along with Gasly of the Lap 1 incident, the Thai was handed a five-second penalty for not leaving a width’s gap at Turn 1 on Lap 2 for Grosjean. The Frenchman’s front wing had damage while Albon’s floor had it too.

Another one to have troubles was Ferrari’s Sebastian Vettel, who suffered left-rear brake failure to retire. Meanwhile, at the front, Hamilton led the way comfortably from Sainz as Norris fended off Perez, Ricciardo, Bottas and Verstappen.

Things were going smoothly but things changed dramatically when Haas’ Kevin Magnussen stopped at the start of the pitlane. It caused a bit of a confusion as the pitlane entry was closed but Hamilton and Alfa Romeo Racing’s Antonio Giovinazi stopped for a change.

They were put under investigation as Hamilton led the way upon re-start with the field getting shuffled up due to the late stop. But before even they could get going correctly, there was red flag for a massive crash for Ferrari’s Charles Leclerc.

He lost the rear at Parabolica and smashed into the barrier hard which needed repairs. Leclerc was fine and could walk away as Norris was put under investigation for driving slowly before coming into the pitlane which he did to create a gap for double-stack.

Both Giovinazzi and Hamilton were handed a 10 second stop and go penalty for entering the pitlane when it was closed. The order under red flag had Hamilton leading Stroll, Gasly, Alfa Romeo’s Kimi Raikkonen and Giovinazzi in Top 5.

The remainder of Top 10 had Sainz, Norris, Bottas, Williams’ Nicholas Latifi and Ricciardo as the rest of the field had Verstappen, Ocon, AlphaTauri’s Daniil Kvyat, Perez, Williams’ George Russell, Albon and Grosjean.

The re-start had Hamilton leading as Gasly got second with Raikkonen and Giovinazzi moving up to third and fourth with Stroll losing places after going off. He lost to Sainz as well to be fifth as Norris was sixth from Bottas, Ricciardo, Ocon and Kvyat.

Norris was cleared from any penalty as Perez and Verstappen were put under investigation due to Turn 1 incident but they were cleared quickly. The Dutchman, though, lost chunk of places to eventually retire from the F1 Italian GP due to a mechanical issue.

Hamilton took his penalty on Lap 2 itself to drop to the back of the field with Giovinazzi coming a lap later. It helped Gasly to lead from Raikkonen and Sainz with Stroll in fourth from Norris, Bottas, Ricciardo, Ocon, Kvyat and Perez in the Top 10.

After waiting for long, Sainz eventually passed Raikkonen to take second as the Finn was under pressure from Stroll, Norris and Bottas, where all three got past him one after one. Ricciardo got through him along with Ocon with Kvyat and Perez behind.

Hamilton, meanwhile, started to make up places as he cleared Albon, Russell, Grosjean and Latifi to be 11th, just on the cusp of the Top 10, where the real fight was. But his life was made a bit easier because of a struggling Raikkonen, who dropped out.

He lost to both Perez and Hamilton as up ahead Gasly headed F1 Italian GP from Sainz and Stroll, with the Spaniard very close to the Frenchman. But the AlphaTauri driver hung to secure his first F1 win in the Italian GP to create a historic moment for the team.

It was at this venue when the team under Toro Rosso with Vettel and they repeated it with Gasly as Sainz had to settle for second by 0.415s with Stroll ending up a third – all of the three drivers taking their second F1 career podium.

Norris was fourth as he fended of Bottas and Ricciardo well with Hamilton climbing back up to seventh after passing Ocon, Kvyat and Perez in the Top 10. The Brit took the fastest lap point as well as Latifi missed on a point in 11th from Grosjean, Raikkonen, Russell, Albon and Giovinazzi.