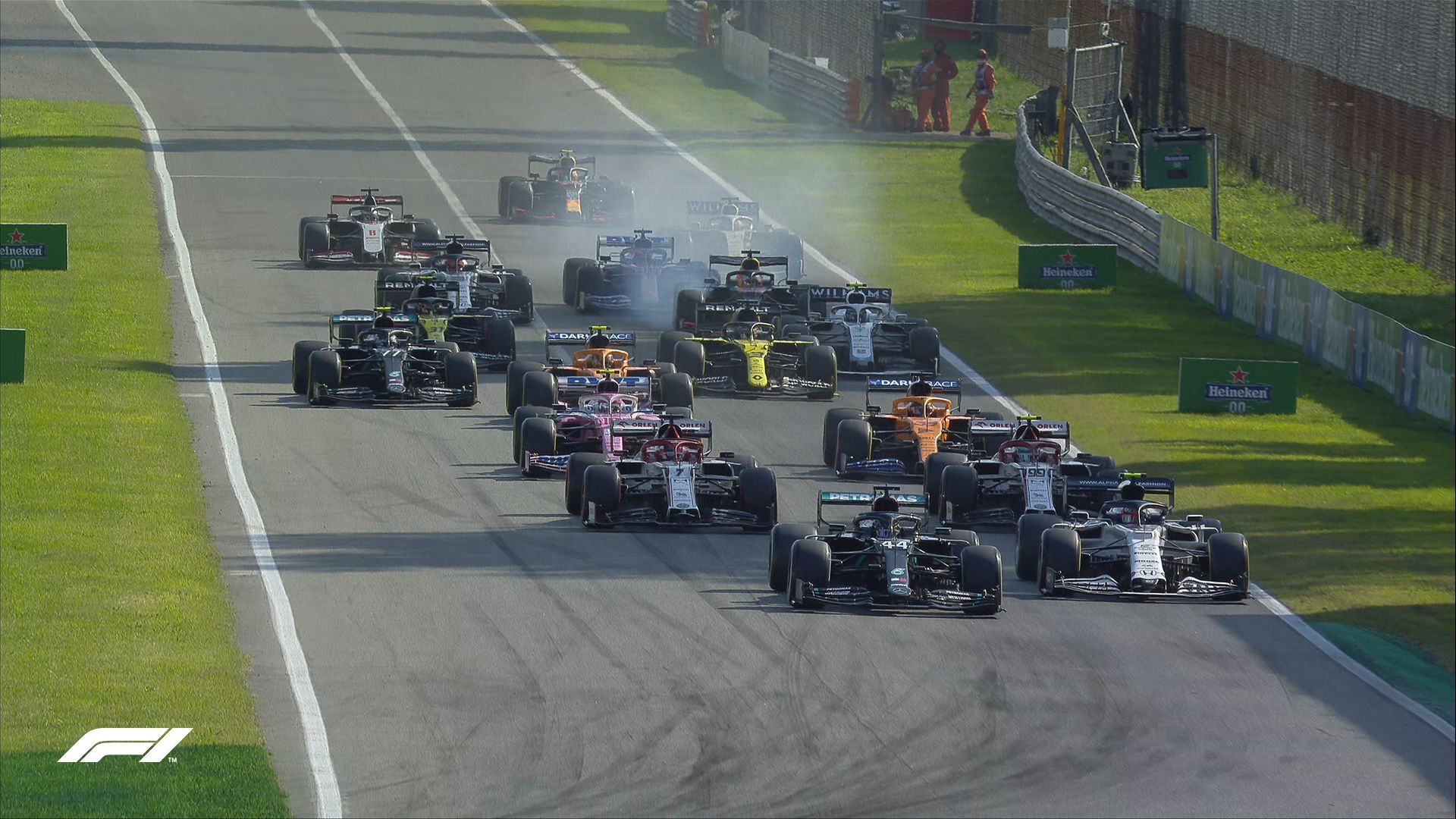 Ross Brawn reckons the success of F1 Italian GP has once again revived the reverse grid races push as he says he had put Carlos Sainz for the win.

A format which was talked upon so much last year but which was put down by the F1 teams, has returned to fore once again, as Brawn feels the success of Italian GP at Monza, shows how exciting the races can be with the grid reversed.

The actual idea was not for the races on Sunday to be reversed but have another one on Saturday which would then set the grid for the final event, but it didn’t get the desired support, even though it was never shunned down from the proposal list for future.

Now with how the Italian GP panned out, which actually ended up being a sort of reversed grid F1 grand prix, Brawn feels this can revive the talks to perhaps try it at selected events to see how it works out at different circuits in different conditions.

“Monza was a candidate for a reverse grid sprint race when we were considering testing the format this year,” wrote Brawn in his column. “Unfortunately, we could not move forward with it, but the concept is still something we and the FIA want to work through in the coming months and discuss with the teams for next year.

“We believe that yesterday’s race showed the excitement a mixed-up pack can deliver and with next year’s cars remaining the same as this year -our fans could be treated to the similar drama we saw this weekend at Monza. Of course, with a reverse grid sprint race, teams will set their cars up differently.

“Right now, Mercedes set their cars up to achieve the fastest lap and then to control the race from the front. If they know they have to overtake, they will have to change that approach. We will continue to evaluate new formats with the aim of improving the show but always maintaining the DNA of Formula 1,” summed up Brawn.

The idea has generated mixed reviews whether it is the F1 teams or drivers or even the pundits, media and fans. It seems unlikely that the plan can see a green light but if pushed the right way with the example of Monza, Brawn could find a way to convince them.

Elsewhere, talking about the Italian GP, Brawn says he had put down Sainz for the win, considering his initial start where he was running second. At that time, AlphaTauri’s Pierre Gasly was at the fag end of the Top 10 but his timely pit stop helped him to be in the Top 3.

Once in the front, he managed to pass Racing Point’s Lance Stroll and didn’t put a foot wrong, even though his tyres were nearing its end. Brawn hailed the Frenchman’s resilience and his victory, while acknowledging the youngsters showcasing future F1.

“I had Carlos Sainz down for the win when Lewis was handed his penalty but I had underestimated what a beautiful race Pierre Gasly was driving,” wrote Brawn. “Sunday’s race showed that Formula 1 has a golden future. Can you imagine the excitement when drivers like Pierre, Carlos and Lance are in race winning cars?

“Lance will be kicking himself after making that slow getaway on the restart but he drove an excellent race. Carlos was frustrated to have missed out on victory, but he showed once again what an impressive talent he is. His time will come.

“[But] Pierre has come a long way since being demoted by Red Bull back to Toro Rosso, which has since become AlphaTauri, and his maiden victory is a reward for his resilience. He’s a tough character. To have that set back in his career and rebound the way he has is extraordinary.

“He took stock, thought about what he needed to do to improve and then worked out how to do just that. He didn’t put a foot wrong today, not even when Carlos started to close him down. Watching his car, he drove it perfectly. A driver who took such a major knock can either fail or find inner strength and come back. Pierre has clearly done the latter. A phenomenal job,” summed up Brawn.

Additionally, Brawn credited Lewis Hamilton for taking the penalty well once he was shown the video, as he bid goodbye to the Williams family and welcomed Dorilton Capital along with Alpine after Renault decided to change its F1 team name from 2021 onward. He was also happy that the Racing Point brake duct saga came to a close after appeals withdrawal.