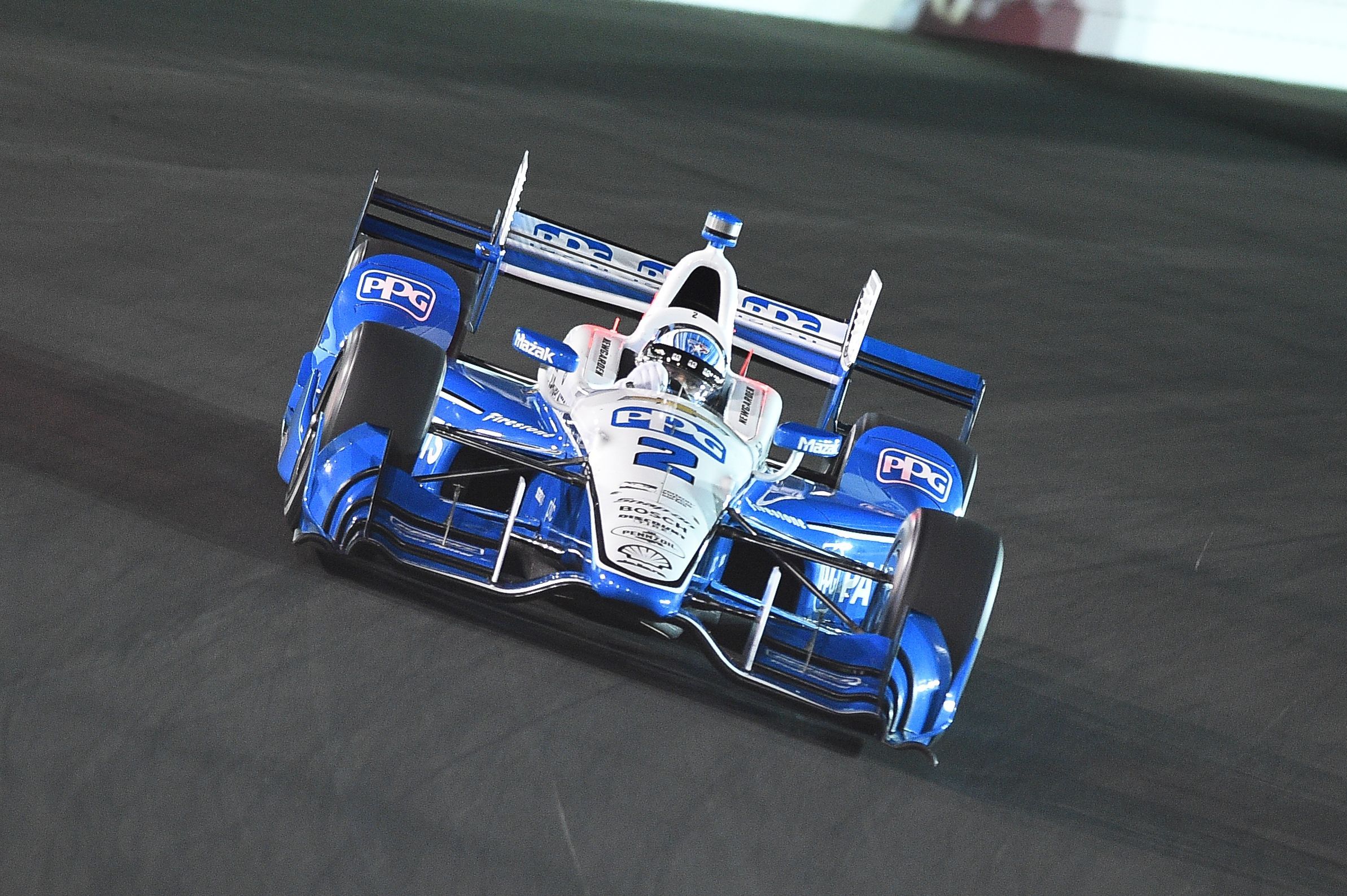 Josef Newgarden is hungry of victories and with Team Penske stuff he can prove this desire. The American get the 5th straight win for his team in Gateway Motorsports Park (Illinois). Dixon and Pagenaud completes podium positions

The Gateway 500 started under caution due to a crash by Tony Kanaan (Chip Ganassi Racing) during formation lap. So, the race started on lap 5, pole sitter, Will Power (Team Penske) was overtaken by Josef Newgarden (Team Penske) at turn 1, but the Aussie lost the control of his car, crashing into the wall, at the same time, Ed Carpenter (Ed Carpenter Racing) and Takuma Sato (Andretti Autosport) made contact and crashed as well.

At the re-start on lap 20, Newgarden was strongly leading the race ahead of team mates Helio Castroneves and Simon Pagenaud. Newgarden would stay in the lead after the first pit stop and just before the next Caution on lap 103, caused by JR Hildebrand (Ed Carpenter Racing).

So, they used the yellow flag period to join the pits for second time. Castroneves overtook Newgarden in the pits, but the Brazilian lost the lead in the following pit stop as he stole his car and drop to fourth position.

On lap 203 Ryan Hunter-Reay (Andretti Autosport) made a slightly contact into the wall and caused the final yellow. This was used for all the drivers to complete the last pit stop. Simon Pagenaud was able to overtake Newgarden in the pits as Dixon did the same on Castroneves.

When race was resumed, Pagenaud was under pressure from Newgarden who made a last minute overtake at turn 1 which almost causes a crash for Pagenaud. The Frenchman was able to avoid the crash as he was dropped to third.

Newgarden was able to get his fourth win of the season and the fifth consecutive for Team Penske this season. 7th career win for the newest Penske driver who is now 31 points ahead of Dixon in the lead of the championship. Castroneves is third 42 points away, as Pagenaud is 43 points behind. With the retirement, Power is 83 points behind and looks unlikely to the see the Aussie fighting for his second championship.