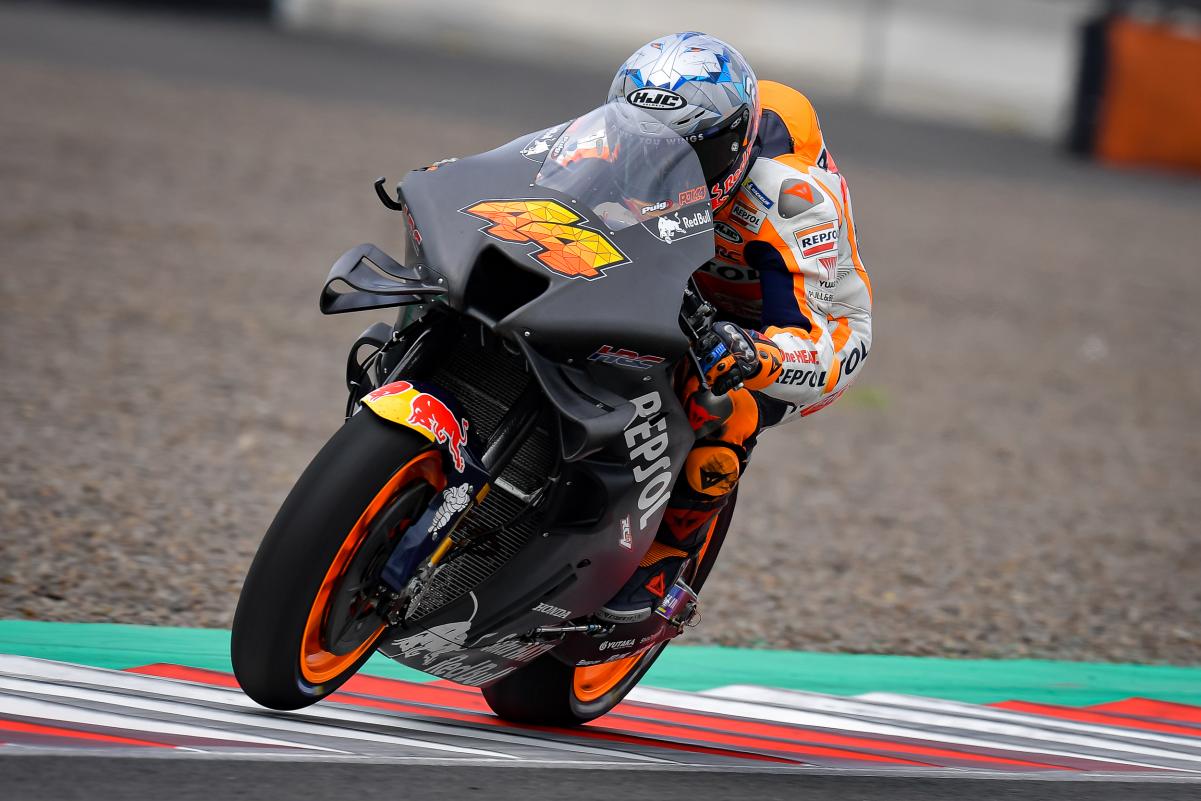 Pol Espargaro ended MotoGP Mandalika Test as he started by setting the fastest time from Fabio Quartararo and brother Aleix.

The Top 2 were separated by just the 0.014s as the day saw a revised schedule as the circuit was cleaned mid-day. The show from Aprilia continued from Sepang to Mandalika, while both Honda and Yamaha showed better pace at the Indonesian venue.

While Quartararo showed pace on all the three days, teammate Franco Morbidelli improved gradually and had his best finish of fourth on the final day. Ducati’s lead rider was Francesco Bagnaia in fifth with lone Suzuki of Alex Rins in sixth.

Aprilia’s Maverick Vinales in seventh ended a good two tests for the Spaniard with Pramac Ducati’s Johann Zarco in eighth ahead of KTM’s Brad Binder and LCR Honda’s Alex Marquez in the Top 10. The South African was the fastest among the Austrian manufacturer riders.

His teammate Miguel Oliveira wasn’t far off in 11th in a better day, with Day 2 pace-setter Luca Marini in 12th abode his VR46 Ducati. LCR’s Takaaki Nakagami was 13th from Honda’s Marc Marquez, who didn’t push as hard for a more quicker lap.

Ducati’s Jack Miller was 15th with another low-key time as RNF Yamaha’s Andrea Dovizioso was 16th from top MotoGP rookie Marco Bezzecchi abode the VR46 machine. He led the Gresini pair with Fabio di Ginannantonio ahead of teammate Enea Bastianini.

Pramac’s Jorge Martin did not have a great day with the MotoGP rider only limited to 17 laps after multiple crashes. His time was still good enough to be 20th ahead of Tech 3 KTM’s Remy Gardner, RNF’s Darryn Binder and Tech 3’s Raul Fernandez.

The latter also only did seven laps as a crash from Day 2 caused him concussion. He was seemingly allowed to take part on Day 3 but vision issues led to another crash which ended his day, while Suzuki’s Joan Mir did not take part the whole day due to food poisoning. 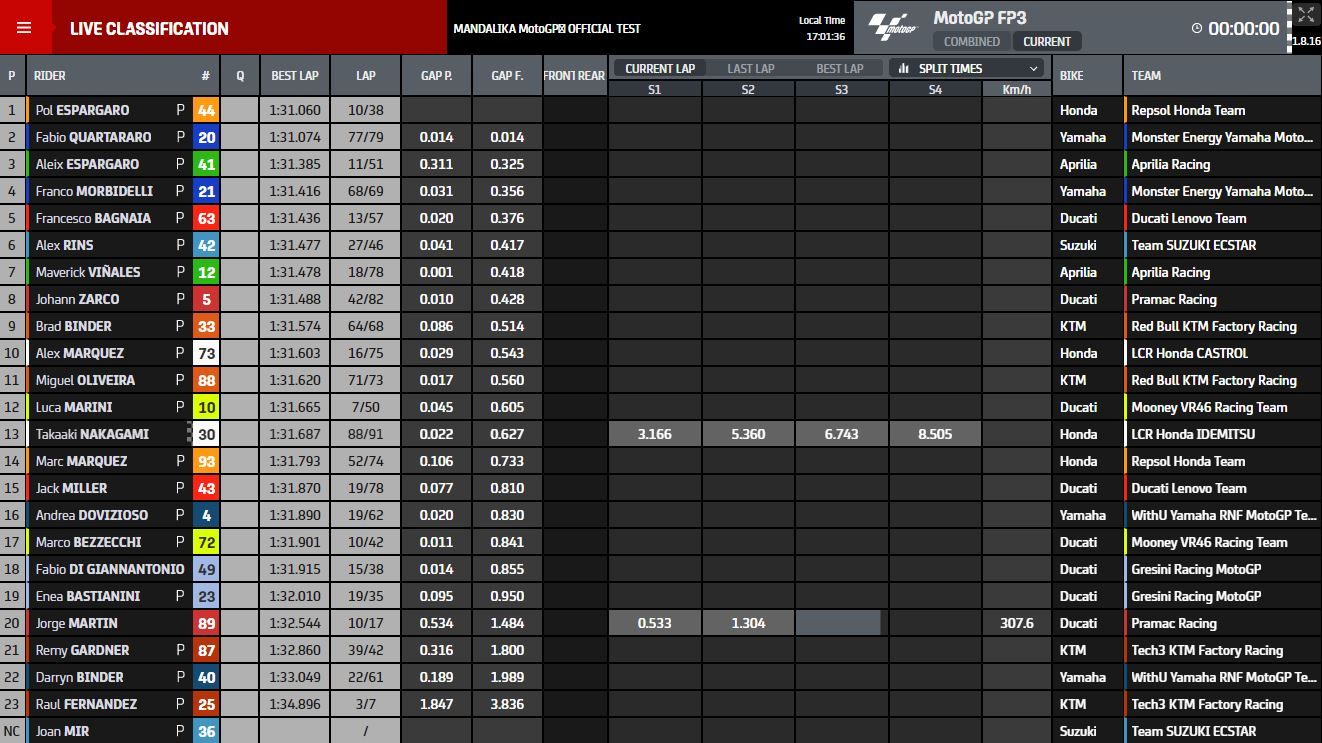 Here’s how Day 2 of MotoGP Mandalika Test panned out