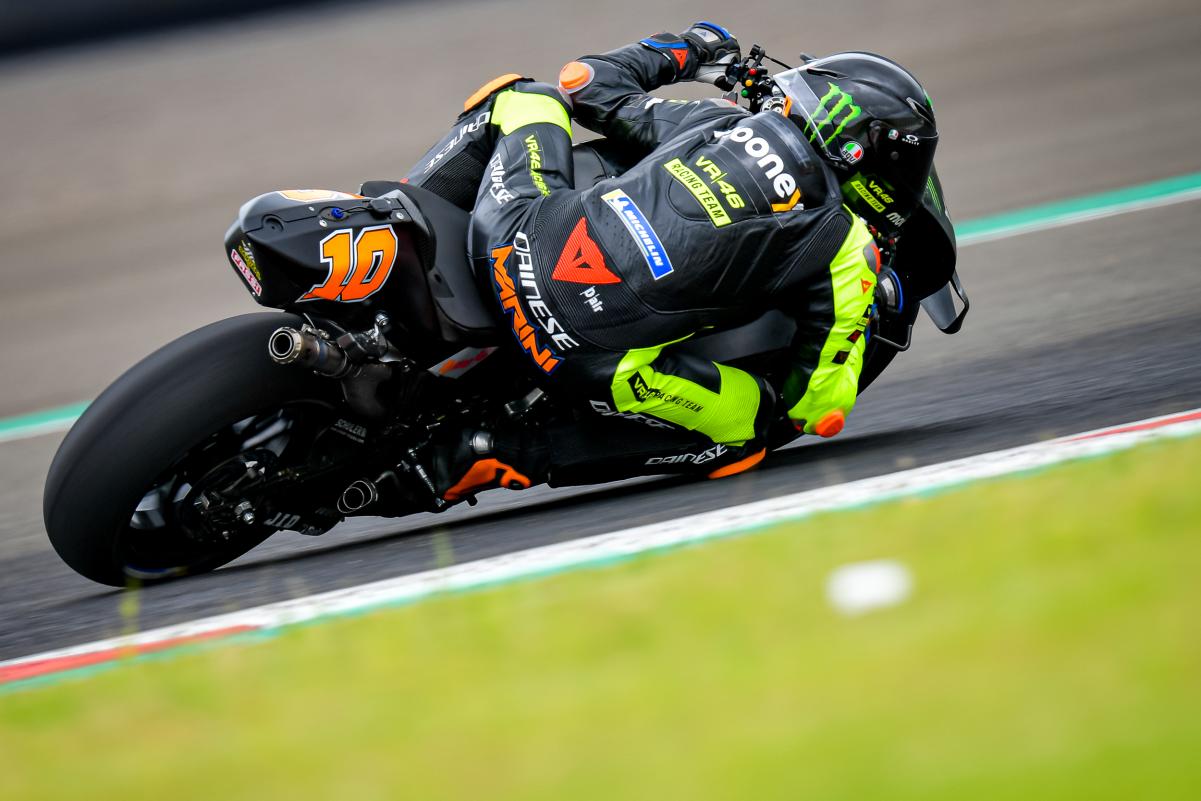 Luca Marini had a late push lap to top Day 2 of the MotoGP Mandalika Test from Marc Marquez and Maverick Vinales.

After the troubles on Day 1 for riders and teams, Day 2 in MotoGP Mandalika Test was much smoother even though the track was still dusty. There were late improvements but the last laugh went to VR6’s Marini abode his Ducati with a 1m31.289s lap.

He pipped Honda’s Marquez (1m31.481s) and Aprilia’s Vinales (1m31.516s) to put Ducati on top. The latter is still fighting on the braking issues abode the RS-GP which is where he is losing time to teammate Aleix Espargaro, who was only 14th on Day 2.

Yamah’s Fabio Quartararo had another better run to be fourth with Suzuki’s Joan Mir getting a Top 5 slot despite his fall at Turn 11. The 2020 MotoGP champion entered the day but his side of garage has seen host of positive COVID-19 cases.

Pramac Ducati’s Johann Zarco was sixth from Gresini Ducati’s Enea Bastianini whereas the other Ducati runners like Jorge Martin and Francesco Bagnaia found themselves in ninth and 10th, respectively – the latter on a factory GP22 machine.

The Italian had a better time on Day 2 of a low-key time on Day 1. The pace-setter from the first day Pol Espargaro was eighth abode his Honda, as KTM’s Brad Binder was 11th from Yamaha’s Franco Morbidelli, who also is having a better run than Sepang Test.

Suzuki’s Alex Rins in 13th led A Espargaro with LCR Honda pair of Takaaki Nakagami and Alex Marquez in 15th and 16th. Gresini’s Fabio di Giannantonio in 17th was again the top MotoGP rookie with KTM’s Miguel Oliveira continued to be down the order.

The Portuguese MotoGP rider hasn’t got that one lap pace shown yet while registering goo number of laps under his belt. RNF Yamaha’s Andrea Dovizioso was 19th after his crash at Turn 9, with Ducati’s Jack Miller in a lowly 20th position. 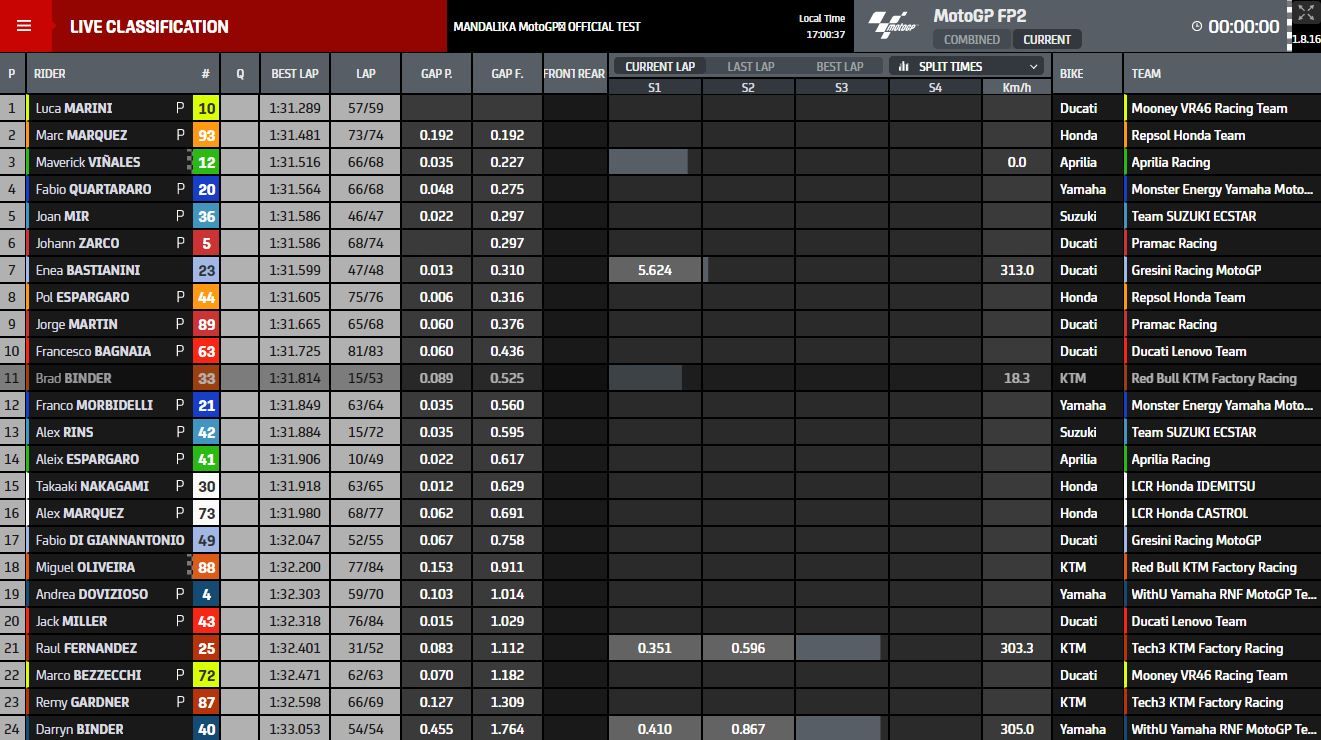