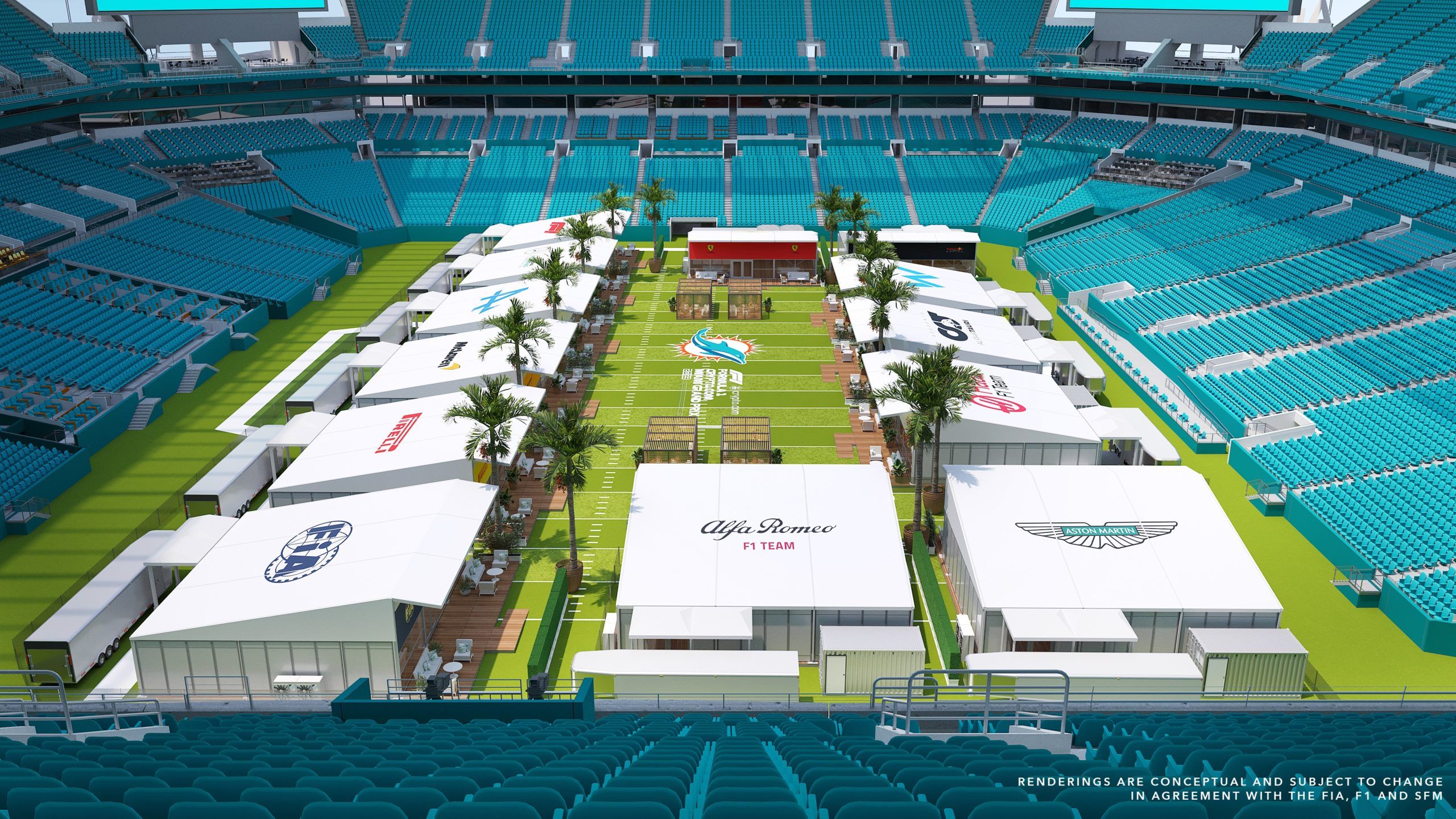 The Miami GP organisers have come up with an upgrade plan to improve fan experience for the 2023 F1 race, with re-pavement to be also done.

The 2022 season saw the debut of the Miami GP on the F1 Calendar. The sport is having an increasing love affair with America in recent times. The Circuit of the America’s is now well established on the calendar and 2023 will also see the debut of Las Vegas GP, making it three races in the country which was a distant dream few years back.

The Miami GP organisers are looking to build on the success of the inaugural event. As a result, a massive investment has taken place. To start with, a brand new Paddock Club building has been built above the pit garages which is to be a permanent structure. It is set to house over 6000 guests and also have a luxury rooftop club.

This year’s event will also see the F1 paddock expand across the field of the Hard Rock Stadium – the home of Miami Dolphins team – where team hospitality units will be based inside it creating a Team Village. Additionally, the MIA Marina, Hard Rock Beach Club, F1 Fan Zone all will be enhanced for 2023, with new spaces, The Vista at Turn 1 and The Boathouse at MIA Marina, created to increase hospitality capacity.

The new three-tiered Paddock Club structure has been built above the existing team pit garages and overlooks the pit lane and start/finish straight. For the 2023 edition, the organisers have appointed global catering experts DO & CO to provide a premium hospitality experience for this exclusive area.

In a bid to increase fan involvement, they will have an exclusive behind the scenes look of the F1 paddock with all the general admission Campus Pass ticket holders allowed to explore the 300 level of Hard Rock Stadium and look directly at the Team Village, the tickets of which will go on sale from January 23.

While no track changes are to be done but Miami GP organisers have appointed Hermann Tilke of repaving the entire 3.36-mile race track in a bit to increase overtaking chances during the May 5-7 grand prix weekend.

“After an incredible debut race, we have been working flat-out to ensure the 2023 event is an even greater experience for everyone visiting the Miami International Autodrome,” said Tyler Epp. “Stephen Ross and Tom Garfinkel are committed to making May’s event a best-in-class  experience that is unlike any other Formula 1 race in the world”.

“With new and enhanced hospitality experiences, the creation of the F1 Team Village directly on the football field and increased capacity we are expecting our second race to be even bigger and better for the fans, the teams, drivers, partners and everyone in South Florida.”

The event last May was a sell out and a 100% success, so much so that it was recognised as the ‘Best New’ event of 2022. Just over 240000 people were in attendance for the Miami GP weekend. Due to the success of last year, there will be added pressure to at least equal it this year if not beat it.

Here’s the renderings of how the Miami GP upgrades will look like: 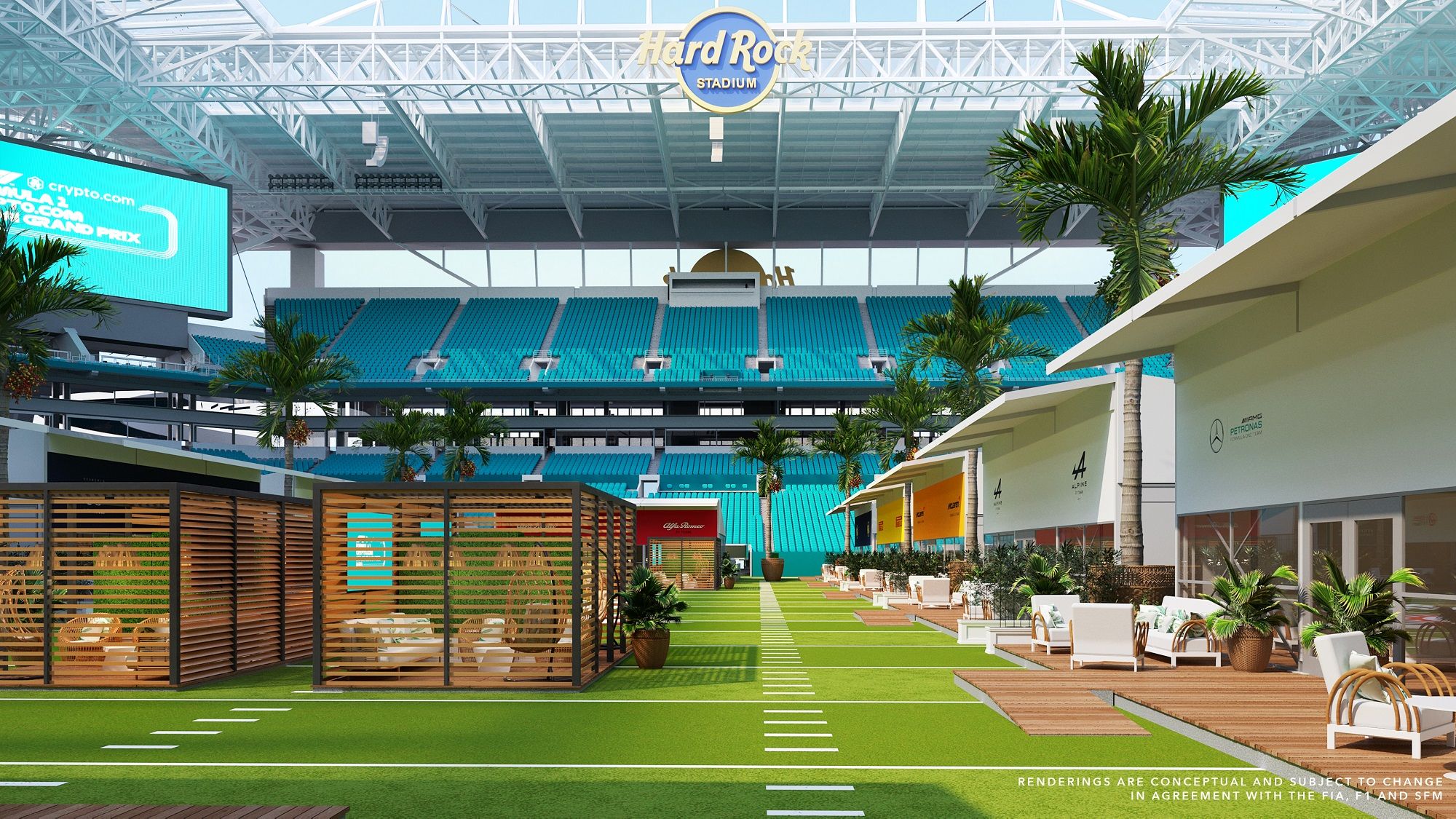 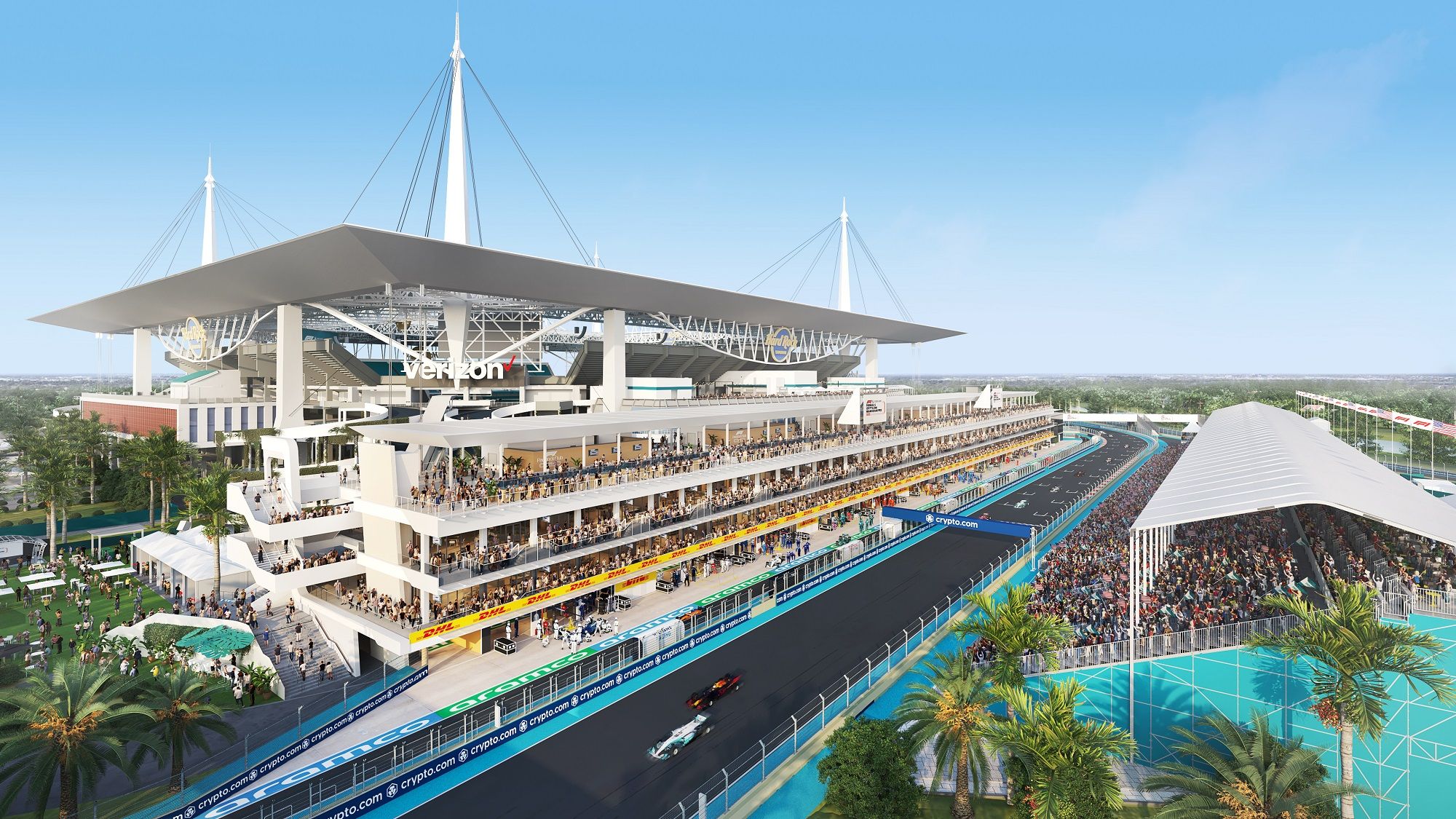 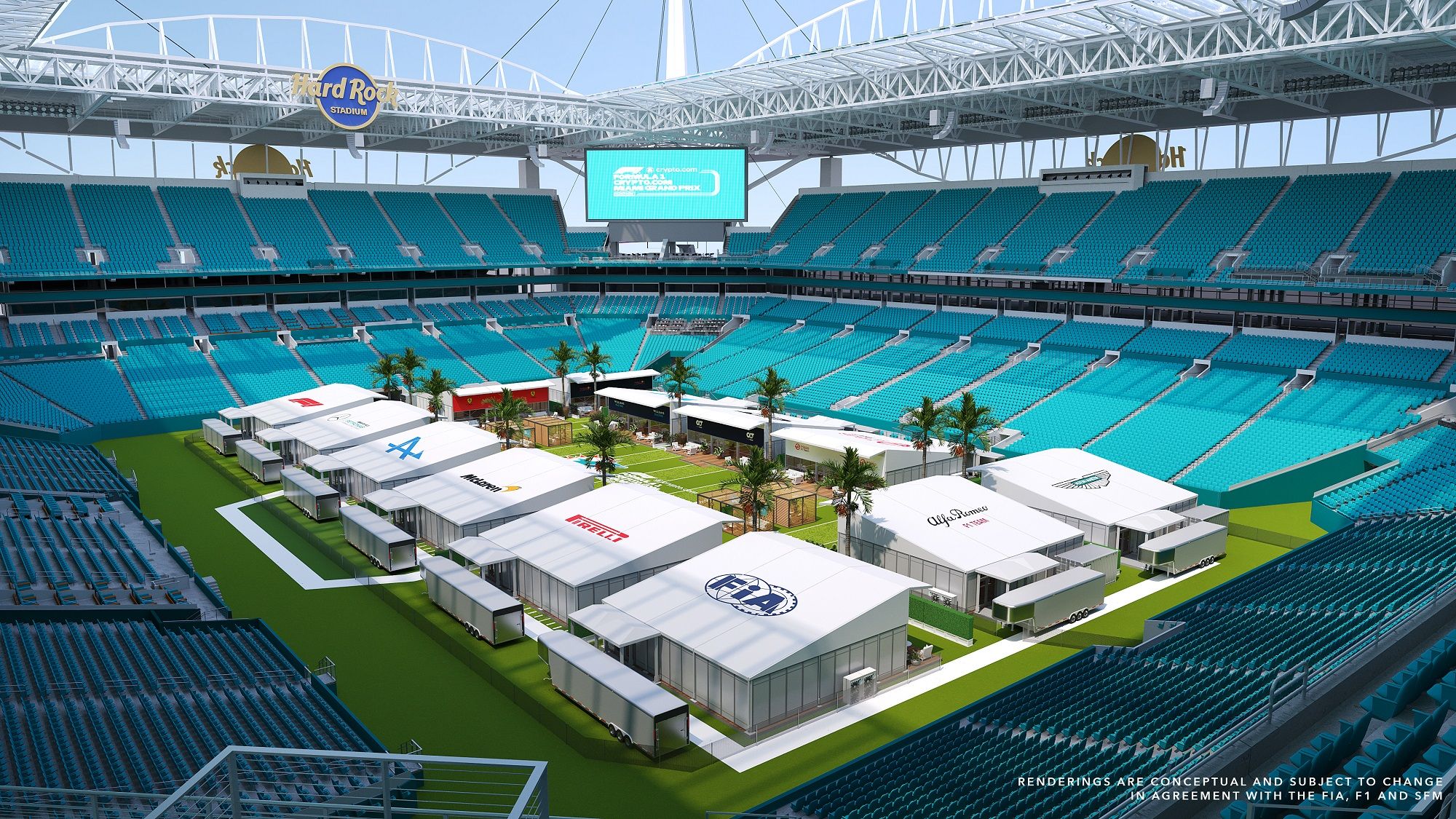 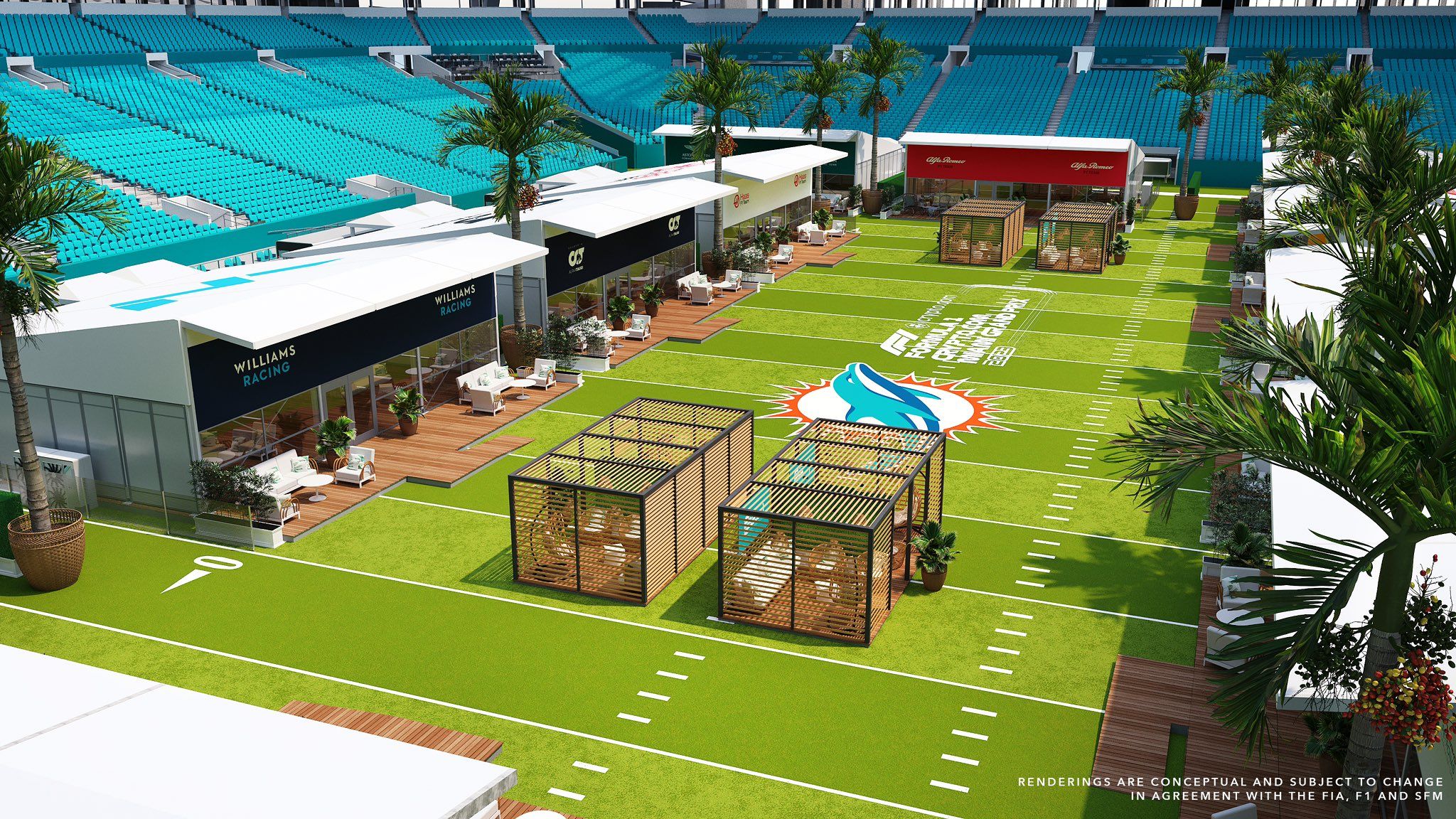 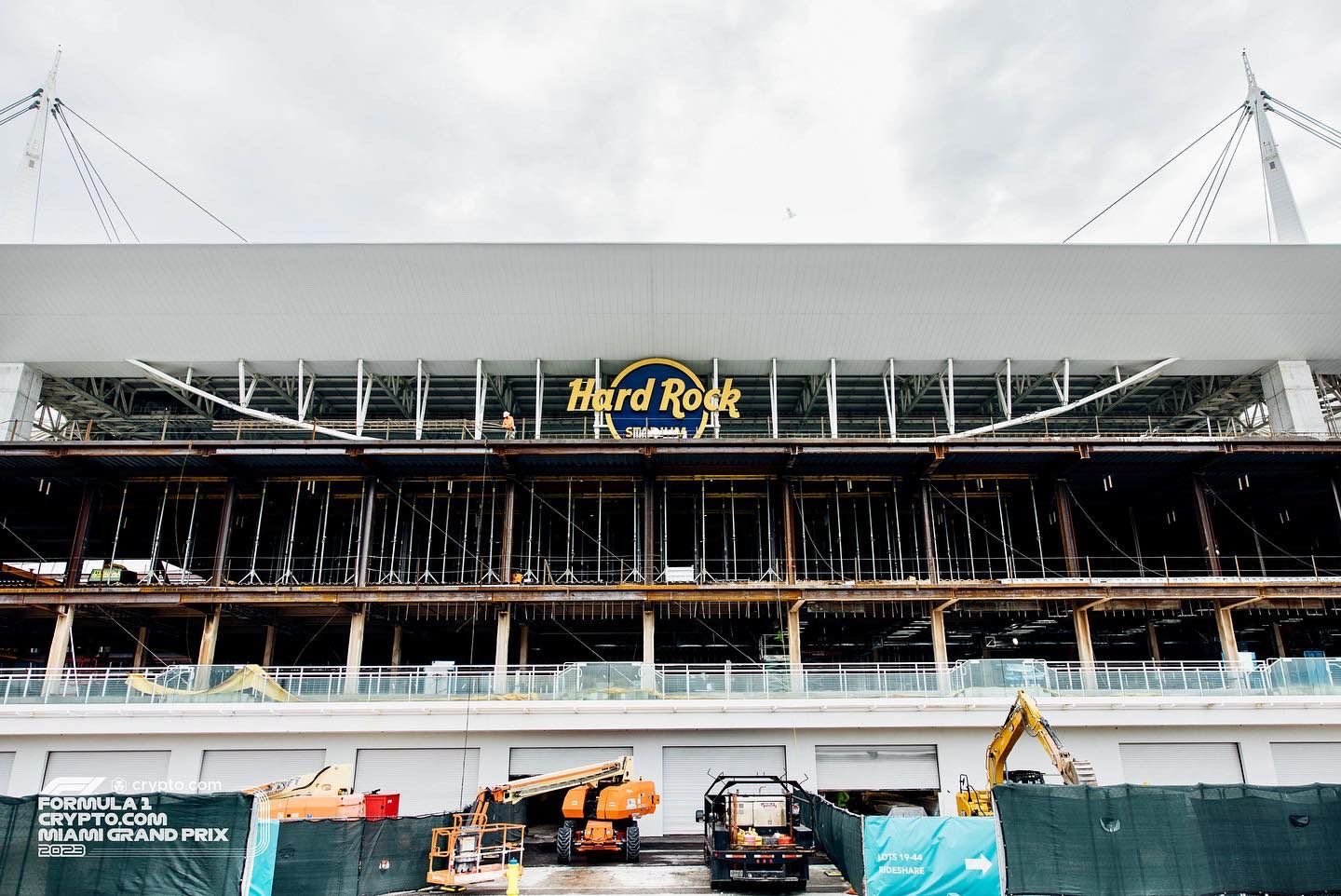 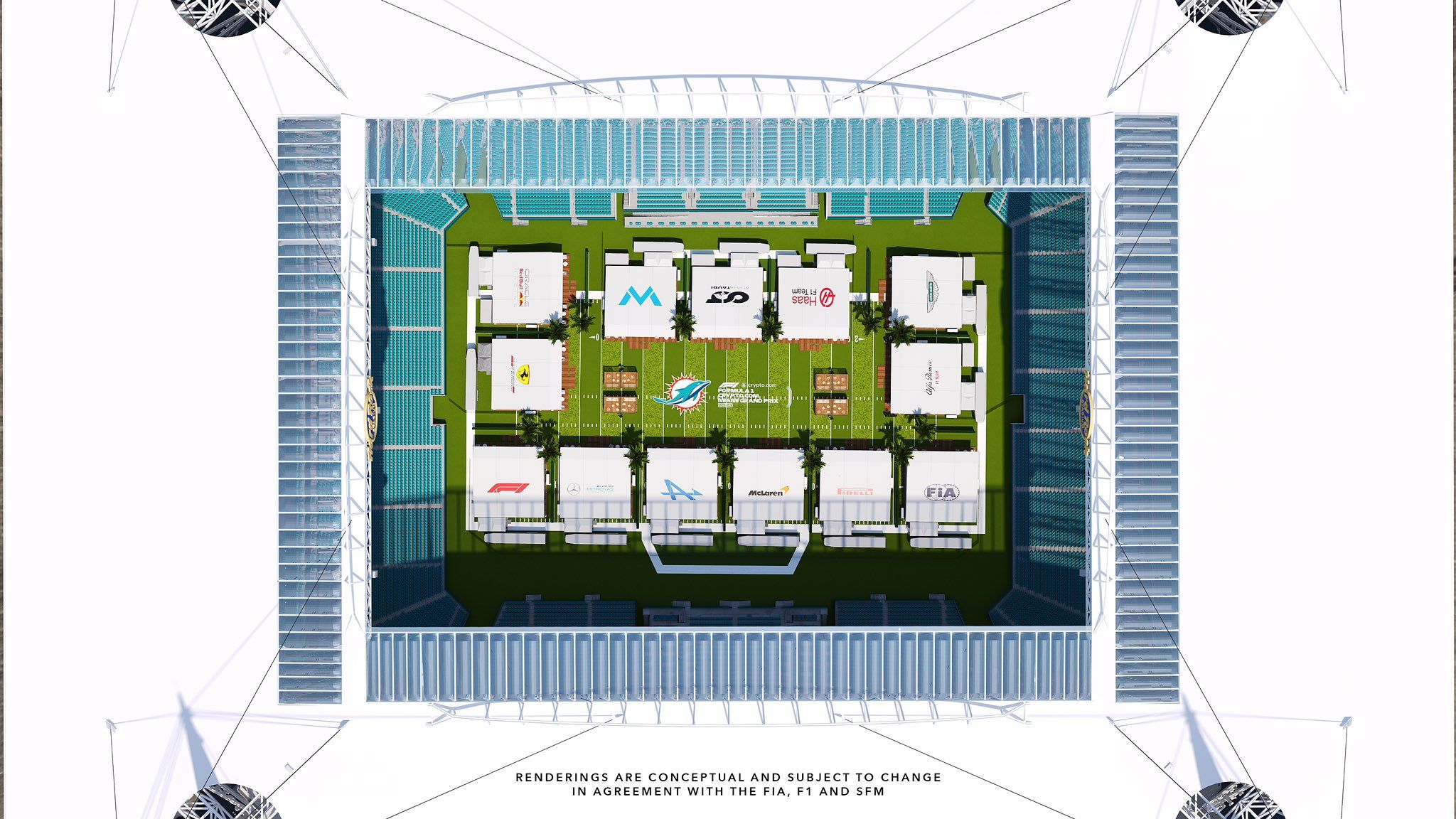 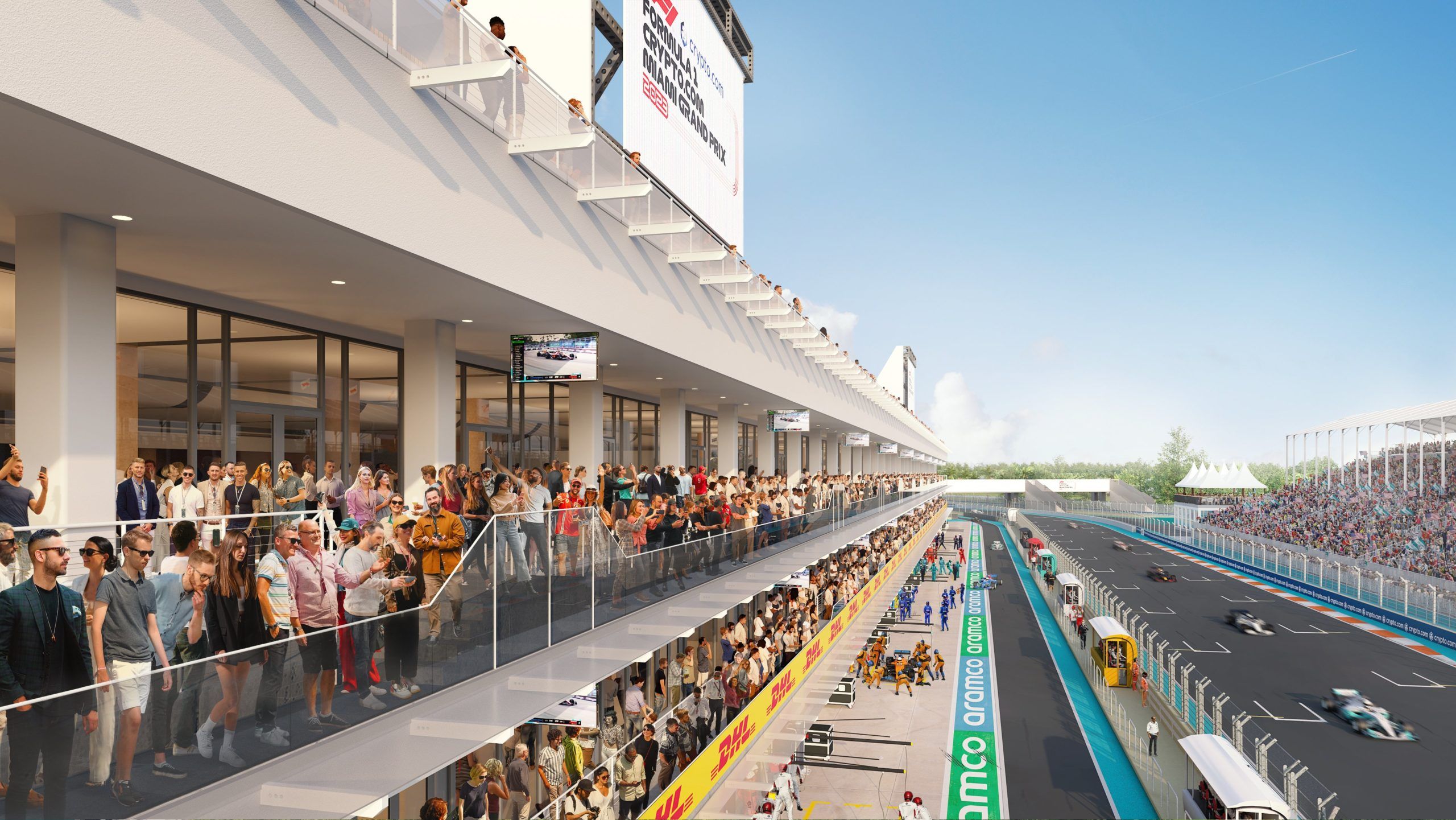 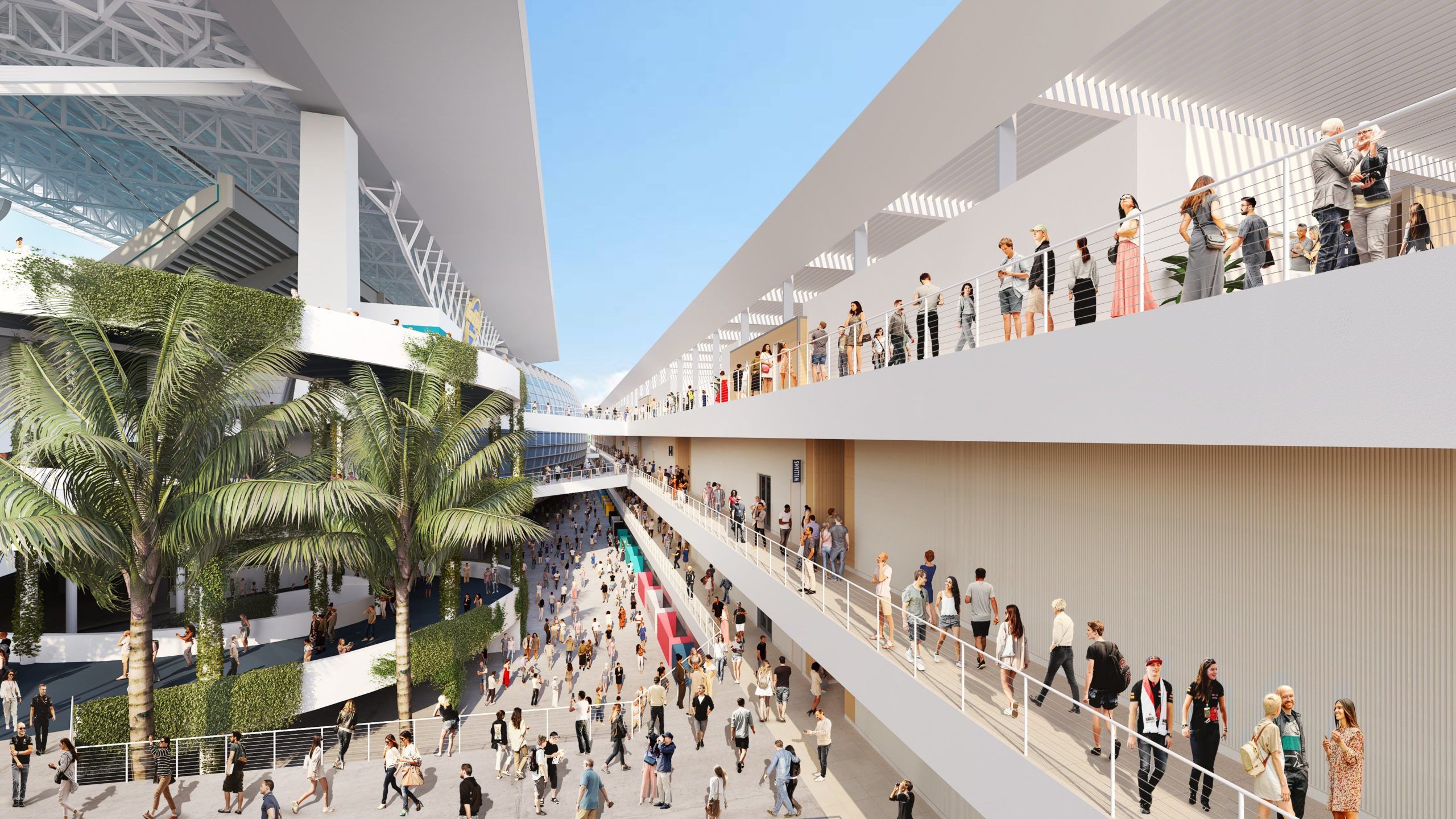 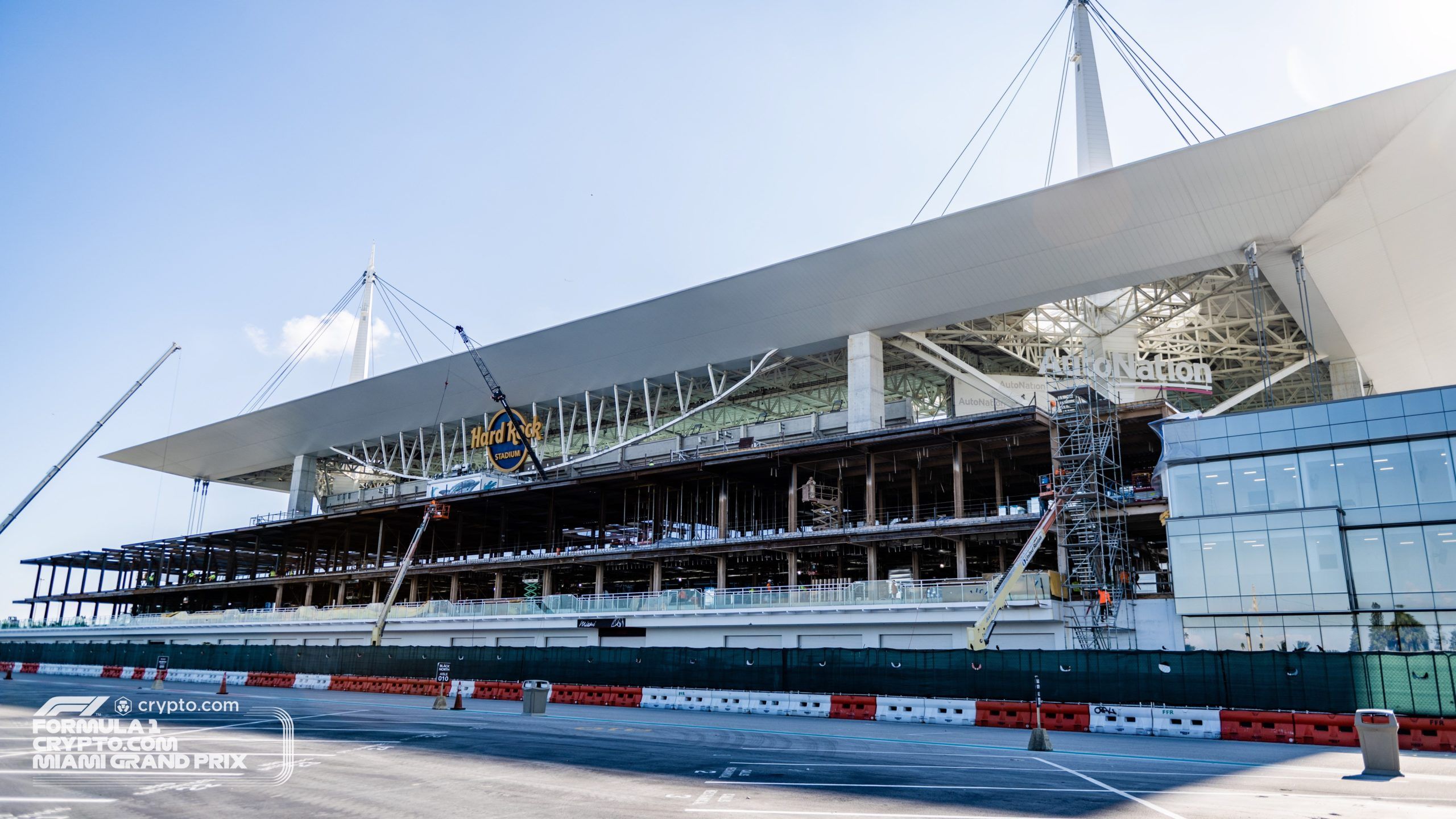 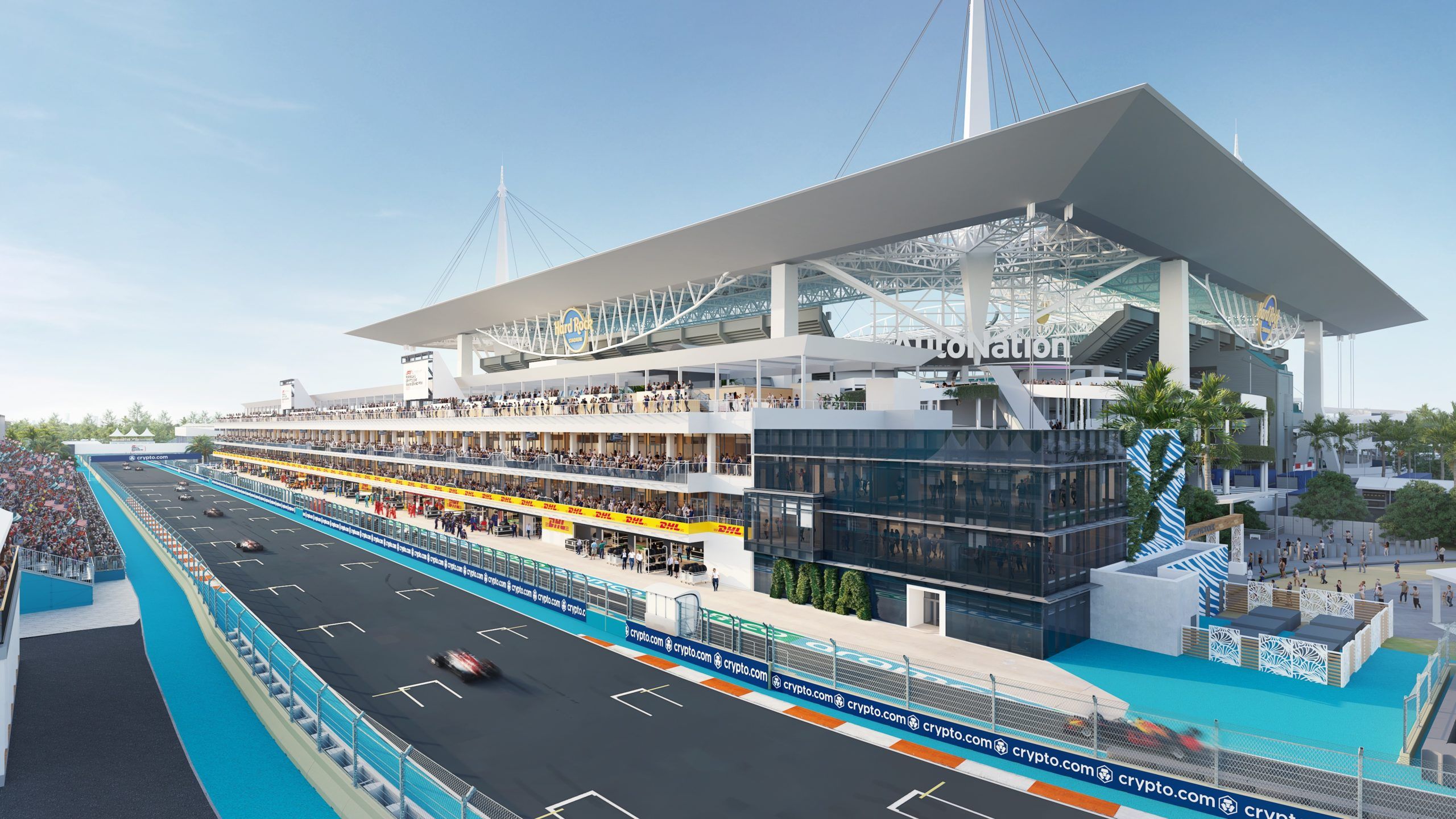